When the timing is right, a fetch quest is pure delight 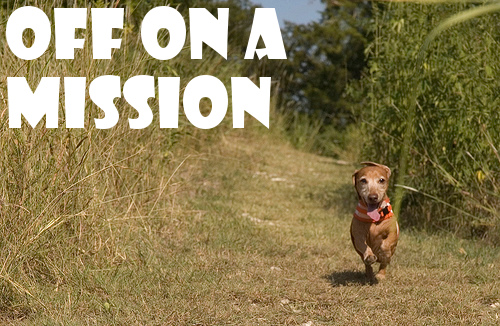 Sometimes, I need a little direction. Clear yet brief instructions, a visible path to and from, a small purpose, and a jingle to indicate conclusion. A short spurt of work and reward. All of these elements wrapped up together and tied shut with forest green string equals a wonderful present in my eyes, but one that I only want when I want it. I can handle open-ended, freedom, and robust ambiguity just fine, but again, sometimes, I need a little hand-holding. I require it. And I find it in…fetch quests.

Fetch quests come in two forms: hated and accepted. To start, let’s try and define exactly what a fetch quest is: a short quest, which involves sending the player out to collect a certain number of items and return them to complete the quest. That’s kind of it. Think of it as almost an errand. Like, go deliver this cup of sugar to your neighbor down the street. Or, Joe Shmoe needs some new shoes from the store, gives you some money, and then you are off. Fetch quests are a staple of RPGs or videogames with RPG elements, though they do occasionally pop up elsewhere. They are meant to be short tasks to do between major quests, ones that are certainly more involved than “tell Tucker his friend hid some money in a bush down by the river” kind of thing. Quick bits of work for small bits of money or treasure or maybe nothing at all save for the feeling of completion pulsing in your chest.

Now, there are a few games where the fetch quests become unbearable, a real grind, and those are worthy of their heaps of hatred. Off the top of my hairy head, I can think of the Claptrap’s New Robot Revolution DLC from Borderlands, which has you going back and forth, collecting countless claptrap parts–actually, I did count ’em up. I also had some problems with the fetch quests in The Legend of Zelda: Link’s Awakening in that it was rather difficult to figure out who needed what to progress the story–and then find said item. I think I stopped playing after I couldn’t figure out how to get the walrus guarding the entrance to Desert Lanmola to move. Again, give it to me straight.

But lately, anxiety and stress have been creeping in, and so I have not been able to concentrate a whole ton on large and long quests in RPGs, making a bee-line towards fetch quests. Granted, I did just finish the Companions questline in The Elder Scrolls V: Skyrim–which I plan to write about soon–but I wouldn’t really call that large or long. Instead, while playing and enjoying the latest patch that adds kill cams for ranged weapons, I’ve decided it was high time I took a whacking to the miscellaneous quests list. I delivered a sword to some dude in Whiterun, I collected bear skin pelts for some lady, I killed a bandit leader in a cave, and I continued to look for Nirn roots and flawless sapphires. You can argue whether some of those are “fetch” quests, but you will just be arguing with yourself on the Internet, so I don’t recommend it. Overall, it was a nice time, with each task taking only a short while to complete. I expect I’ll keep meandering and doing small tasks until bigger DLC is announced.

And so, a game like Professor Layton’s London Life from Professor Layton and the Last Specter, has been pure bliss for me these last few weeks. More or less, it’s all fetch quests, with a pinch of room decorating to boot. I’ve done enough going and returning to earn a new apartment, which is much bigger. But there’s something really special about waking up every day in-game, reading the newspaper, and acquiring a list of quests. None are especially hard, except for when someone wants a fish, but that’s only because the fishing minigame is the absolute worst, and five or six can be easily completed in under ten minutes. But I don’t do that. I pace myself, or think of ways that I can do two back-to-back or how if I am going to go the museum I should buy that piece of candy that someone at the college wants since they are right next to each other. The quests remain small, but I build them up in my head to be more than that. At some point, London Life will run out of new fetch quests, with only repeats available, and then I’ll be sad and pretty much done with the minigame. Until then, I’ll keep at it, one straight-faced mission after another.

Sometimes, I need a little direction, and it doesn’t hurt to know where you’re going. Thank you, fetch quests.

3 responses to “When the timing is right, a fetch quest is pure delight”