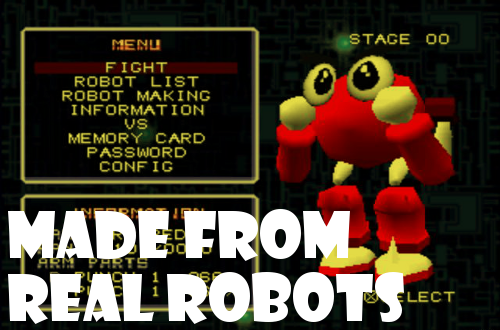 In my early high school years, my mom and I would often go to the shopping mall together, splitting up for a little bit after doing whatever it was we were initially there to do. This usually meant her going off to Macy’s or somewhere like it to peruse for jewelry or clothes or smelly stuff, and I headed for the videogame store. Which, for the longest while, was actually Electronics Boutique (EBX to those down with the abbreviations). Or Funcoland. One of those. Definitely no GameStops then.

Either way, she had her time, and I had mine, and we always picked out a specific place to meet up at when we were done, which was usually in front of the Friendly’s; remember, this was before cell phones and such, so planning was key. I generally found what game I was looking for lickety-split and would hurry back to our meeting spot, take a seat next to the escalators, and promptly devour my newest game’s manual page by page, word by word, occasionally glancing at my surroundings. More often than not, she’d surprise me as I’d be so engrossed in learning that I couldn’t both learn and look around at the same time.

That’s kind of what I remember the most about Robo Pit, a “build your own robot from scrap parts” fighting game for the PlayStation. Not playing the game or even enjoying it, but sitting in the mall, reading about it and waiting for my mother. It’s a striking memory, full of white tile, plastic-green foliage, and feet dangling.

Robo Pit was a game about scraps. Each time your little robot would win a fight, you got to take a part of the defeated bot with you, adding it to your inventory of construction parts. When you’re ready to make a robot, you start out with slim pickings, choosing a body type and color. And it’s not all cosmetic–each body type has different stats for Power, Weight, and Defense. Throw on some cartoony eyes, a couple of arms (spears, crossbows, and other weaponry are acceptable substitutions), a pair of legs, and your creation is off to battle in the pit, for glory and growing. And the list of enemies numbers in the hundreds, many with fear-striking names like Taxiderm, Bigmouth, Sorbet, and Pain Bot. Some challengers are labeled as “special robots,” which basically means you get to take a part of their body after they are defeated. And those were the reasons to play, to get crazier arm-based weaponry, like scythes and boomerangs. I’ve always had a penchant for creating beings, as evidenced in my time with Spore Creatures; it certainly did not start with Robo Pit, but it was definitely a footprint along the path of life.

Looking back, Robo Pit‘s not a great game. It’s formulaic and bland, with uninteresting arenas to battle in, button-mashing combat, little-to-no music, and strange, unexplainable happenings, like robots flying straight up into the sky when being killed as if a rocket exploded in their butt. I traded it in, and I can’t imagine what amount of store credit it earned me. Surely less than $5.00. But it’s something I hold as special. It’s a game I held in my hands while I waited for my mom to take me home. It reminds me to keep waiting.