George Banks is saying no to indie videogame bundles

To be honest, I’m pretty proud of myself. Over the course of two days, I said “no” to two entirely different videogame-based bundles. Packages that are light on price and heavy on material. Deals that truly should not be missed out on, some might even say. But I just can’t anymore. I have barely touched games for bundles I bought last year. So, no more…for now. But let’s take a look at what I am not adding to my backlog, and whether that’s a good or bad thing.

First, there was the Spring Bundle from Indie Royale. In this package, you can get the following: Unstoppable Gorg, Depths of Peril, Tobe’s Vertical Adventure, Inferno+, Slydris, and Ballistic. If you beat the minimal price, you also get some chiptune soundtracks. Upon initially reviewing what was being offered, I only recognized one game–Unstoppable Gorg–and that’s because Giant Bomb did a Quick Look of it. The majority looked uninteresting to me, with only Depths of Peril seeming appealing with its single player RPG elements. And that basically meant I’d be paying whatever price I chose for one game, as I might never touch anything else in this pocket. Not a complete waste of money, but a complete waste of my headspace and computer space, and so I am passing. No big loss. If, ultimately, I really do want to try out Depths of Peril, it’s available on Steam.

Then, the very next day, Humble Indie Bundle busts out a new collection for whatever you want to pay: the Humble Botanicula Debut. It’s tagline is “Pay what you want for Botanicula and save the rainforest,” which makes this extra hard to turn down. Way to heap on the guilt there. I actually fear that I’m going to go against myself before the weekend is over and snag a cheap copy, but for now, for the moment, I am saying no. I generally rush to buy these bundles, and Botanicula looks absolutely fantastic. The hurdle? This bundle holds four games (and a movie), and I already own Machinarium and Samorost 2, and am not interested at all in Windosill as there are enough puzzles in my life currently. So again, I’d be paying whatever I want for one game–granted, Botanicula is looking good, and I do like my unique adventure games as of late. But still, it just doesn’t seem necessary to do so right now.

Also, coming soon…Bundle in a Box. Which has just been confirmed as an “adventure game” bundle. And depending on who is involved and what the games look like, I might struggle with saying no. Though I am definitely saying it now, when it’s easy to do so.

I’m working on a big blog post. It’s a work in progress, truly. I am gathering up all the videogames currently in my collection that I’ve not yet played. It’s pretty scary, seeing the amount. I guess, at some point in the last few years, I became more of a collector than a player. That does make sense when you realize that I’m no longer carefree and 17. I am 28, married, with a job and a comics-related dream. I play when I can, but it’s never enough. Especially when it’s a session of Skyrim and three hours have gone by and all I’ve done is cleared a cave or two and sold some loot. Hopefully I’ll get that post wrapped up soon before I accidentally (or masochistically) acquire further titles.

But right now, I really don’t need more games. I have plenty still to do in the games I already got. I have assassinations and vehicles to acquire in Saints Row: The Third. I need to get married and put an end to the Civil War in Skyrim. I still need to link all the connections in episode two of Hector: Badge of Carnage. I need five or six more cubes to open that “32 cubes only” door in Fez. I have a laundry list of fetch quests for Professor Layton’s London Life. I have to, uh, stop the bandits and mutants in Rage. I have work, and I really do need to work at whittling this voluminous list down. Wish me luck and give me strength as I say “no” to more and “yes” to what I already got under my wings. 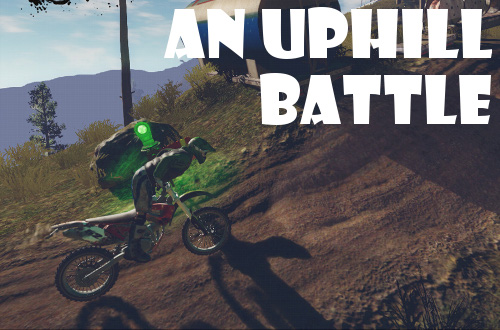 And that’s been…yet another week. If one isn’t paying close attention, these things really blur by. Seven days, one after the other, rapid fire. For instance, I didn’t even remember that I played a ton of Bulletstorm last Sunday, completing the game fully, until I began to put this list together. My mind has been most things Fez-related, with a pinch of Trials Evolution to boot last night, with little room to spare as the wife and I creep closer to MoCCA Festival next week.

All right, here are Achievements I unlocked that I liked the most from the week that was.

Mightier than the sword (10G): A cube for writing.

I couldn’t tell you how I got this. Not because it’s really spoilery, but because after going through so many levels within levels within levels and finding numerous secrets and cube bits and getting lost in the music and cryptic hieroglyphics…I just don’t remember. But there’s a strange artifact in my inventory, and so I must have gotten it at some point. Yeah.

I used to get drunk a lot. It was a coping thing, a way to pass the time, a way to fall asleep. I don’t really drink anymore, and if I do, I nurse the heck out of the drink until it is lukewarm and feeling uncomfortable. But getting drunk in videogames can be fun, and in Bulletstorm, it also earns you extra points to your skillshots. Gulp another bottle down and unleash that leash.

No Problemo (10G): Pass the D License Test and get your first bike.

Beyond the Wall of Pain (10G): Smash your bike and break every bone in one spectacular crash.

I’m almost positive I’ll be playing more Fez and Trials Evolution this weekend–and almost no more Bulletstorm–so that’s where you can expect Achievements to pop for next week. Only, uh, there won’t be an Achievements of the Week next Friday because I’ll be heading into New York City for the MoCCA weekend. So we’ll play major catch-up in fourteen days.

Until then, tell me about your favorite Achievement from the last week of gaming. Do it.