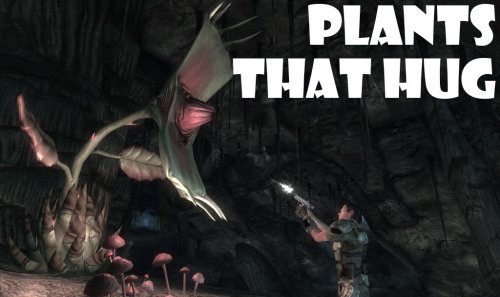 I managed to type up my first impressions of Honest Hearts, the second slice of Fallout: New Vegas DLC, back when I was playing it, and I meant to write more about the Courier’s trip to oppressed Utah, but, unfortunately, I completed the DLC shortly thereafter, clocking in at a surprising few measly hours. I guess that was my fault…for, um, following the main story missions? I don’t know. It was over fast, and that’s a bummer as it, from a design perspective, stood mountains taller than Dead Money.

Add-on DLC for Fallout 3 and Fallout: New Vegas has always struggled with overpowered characters because the majority of us have already been building our stats and weapon caches up long before these new bits of adventuring come out. To compensate for this, we’re often stripped of our gear, forced to survive with whatever new stuff we find. This always feels cheap and annoying, but Honest Hearts tries something different, enforcing a weight limit as to how much we can realistically carry from the Mojave Wasteland to Utah. I still wasn’t in love with dropping some of my beloved weapons and armor to the ground, but it worked better in that it allowed me to continue on with what I was already comfortable with. So, um, two irradiated thumbs up for that idea, Obsidian.

Dead Money was very claustrophobic…on purpose. You were meant to feel stuck, closed in, on your own as you tried to get inside the Sierra Madre, and even then, with the massive hotel filled with poisonous red clouds and broken hallways, things got cramper. You don’t feel like that ever in Honest Hearts. It’s all open sky and winding rivers and abandoned campgrounds and tiered landscape and a good sense of scale. This was, pun intended, a breath of fresh air. I liked looking up at the clear sky, or listening to the rain fall (yes, rain!) as I slept under the stars. They nailed the atmosphere for sure.

Disappointingly, Honest Hearts features a severe lack of new enemy types. The best Obsidian could do was create larger cazador and bring back yao guai. Otherwise, it’s the same wildlife we experienced from before, and the human enemies aren’t anything to get excited about, even if they have crazy names like Stare-at-Sky and Eats-Dirty-Shoes. At least there were no “unkillable” Ghost people, I guess. But still, would’ve liked to have shot at something new and different for a change as everything has become predictable after many hours of using V.A.T.S.

At this point, I barely remember much of the plot. The Courier goes to Utah with a traveling caravan, watches them get slaughtered by the angry natives, meets Joshua, also known as “The Burned Man,” does some effortless fetch quests, and then makes a decision to either evacuate the people of Zion National Park or stand and fight back. I high-tailed it, which still felt like fighting back in that there were a lot of skirmishes before reaching the zone’s exit. I feel like there were missed opportunities in speaking with Joshua and that other dude between the few quests, and while a few sidequests for others popped up, I decided to stay focused on the plan at hand, and for that I was punished with a quicker conclusion. You can return if you want, but I think I’ll just wait for the third add-on, Lonesome Roads, to hit sometime this month.

It was nice exploring a new place, one rather untouched by bombs, but still plagued with problems. I only wish it had lasted longer and gave us, the players, more decisions to think about in terms of siding with Joshua Graham or the White Legs or the flaming bears. I guess it was worth it to get the black coffee recipe for crafting at campfires. I do love me some coffee. 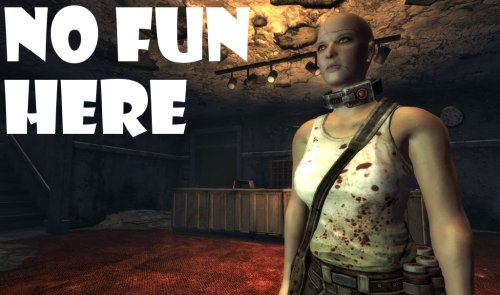 I’ve decided to count DLC as completed titles for my super cool and impressive ongoing megalist of games I’ve conquered for the year so far, considering most of the DLC I’ve bought 1) is purchased with real money, 2) takes a decent amount of time to complete (3-8 hours), and 3) has end credits. That’s good enough for me, and so I figured before I get to discussing the Honest Hearts DLC I’ll first have to tackle musing gravely on the Dead Money DLC. Oh wait. I’ve already done that…like a ton. Just click on the links below so I don’t have to regurgitate for y’all:

Take the Dead Money and run

In summary, Dead Money is too frustrating to be fun, even if it is more Fallout: New Vegas. Next!