Halo 3: ODST, a story of love, sacrifice, and a wormy alien 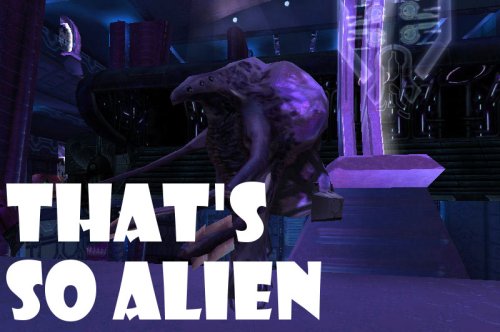 I can’t wait to complete Halo 3: ODST, dear Grinding Down readers, but only because I am eager to write about it for y’all. See, I’ve barely been paying attention to what is going on and already know next to nothing about the Halo universe, which should make for a very interesting write-up. I think I even played the last two levels on the lowest volume possible because I had a slight headache, meaning that if Captain Mal said anything important, I most certainly missed it. Right now, I’m on the level where I have to escort some worm alien thingy to safety. Not sure if that’s near the end, but judging by the Achievements I’ve unlocked so far, I’d say we’re fairly close.

On top of not knowing what is going on, I still don’t see the appeal of this series. Everything screams generic, and I am constantly cursing under my breath at the controls because there seems to be no such thing as a run button. And the night missions? Frak the night missions. Might as well as turn my TV’s monitor off and play it that way.

But yeah, aliens and guns and shooting aliens with guns. That’s been Halo 3: ODST so far for me. I’m glad I bought this cheap and on a whim. Otherwise, I’d probably feel like I just bounced a sticky grenade off a wall and on to myself.

5 responses to “Halo 3: ODST, a story of love, sacrifice, and a wormy alien”