Shark-related Qs
Get wrong, try again–get right
Smile you son of a… 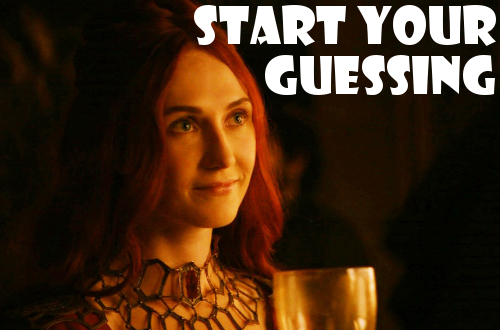 Look, finding decent screenshots of mobile games from my Windows 8 phone is nearly impossible, so I’m just going to grab random screencaps from HBO’s Game of Thrones episodes and roll with it from there. I’m sure you are all bummed to come here and see a smiling Carice van Houten as the ever-untrustworthy Melisandre rather than a static shot of What in the World?, a relatively plain-looking trivia game. But that’s just logistics, here at Grinding Down.

Originally, I wasn’t going to write about What in the World?, which I completed back in June 2015. When I say “completed,” I mean I finished all the available puzzles and popped every Achievement, including the one where developer Game Troopers asks you to log into Facebook so you can then share your score and other bullcrap. I didn’t consider the game a big enough experience to give it its very own haiku. Well, I just completed it again, seeing as it got a free update recently with more puzzles to solve, as well as Achievements to pop. Unfortunately, the game seems more broken than before, or perhaps it is time I heed all those pestering text messages from Verizon and upgrade to a new cellular phone. Nahhh.

First off, I had to replay What in the World? from the very beginning because, upon completing it a few months ago, I naturally uninstalled it from my phone, believing that this word-guessing puzzle slog forward was finished. My bad, but whatever. Seeing as the levels in this game are not random, I planned to just use a guide to get through all the odd celebrity names and foreign countries foreign to my knowledge, blitzing my way through once more so that I could play the new level 6 puzzles. This took several days, which is fine, as there’s an Achievement for playing for five consecutive days, but I probably could’ve gotten through everything in a night if the application didn’t break my phone within three or four minutes of each session.

Every few puzzles, a message pops up, either asking you to write a review of the game or rate it or follow the developer on Twitter. Annoying, but it’s a free game and does have the option to pay and remove ads, though I don’t know if these messages count as advertisements. I clicked “no” each and every time, but each and every time I did, the game slowed down, which, when you are dealing with a static image, is not extremely noticeable, but it dragged its feet when moving from right answer to a new puzzle. After a few of these, the game simply chugged at an unacceptable rate, nearly freezing my phone and killing its battery. Also, once you complete a full level, instead of returning you to the level select menu, What in the World? closes down and returns you to your home screen, which is not helpful.

Either way, I won’t be uninstalling What in the World? for a second time, as it looks like there’s more updates to come. I’m sure you are wondering why I’d put up with more glitchy sluggishness, and the answer is twofold: relatively easy Achievements and I guess I’m pretty into pop culture trivia. There were only a few puzzles that I really didn’t have a clue on, and again, most of these relate to countries or cities. Also, maybe before the next update, the developers will patch the game to have it work better on older cell phone models. Unlikely, but a boy can hope. Don’t worry…I’ll complain here if they don’t.

Study the picture
Guess what it is, or just look
Up answers online