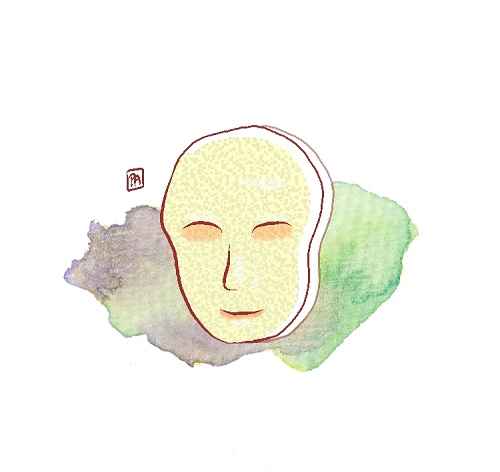 It’s no secret that I both like Achievements and completely understand how empty and hollow of a concept they are. That’s okay, I guess. To me, they exist as extra goals, things to try to do in a game to squeeze every little bit of life out of it before moving on to the next piece of digital entertainment. You might not get much within the game for collecting all the shiny doodads, but your Gamerscore will certainly grow. I’m scared to say that a society driven by things like Achievements might be interesting to see, and I suspect that those with fancier phones than I probably already have apps that reward you for doing mundane, menial tasks like eating breakfast, putting on pants, and taking your first steps of the day.

Well, THOR.N is a game kind of about that. In it, you wake up on your eighteenth birthday. This is a momentous day because now you can begin your true journey to citizenship. An excited and large, jelly baby-esque head attached to the wall tells you all this and even provides you with your first birthday present–50 credits. Woo. After this, your bedroom door is unlocked, and you can go into the next room to discover…a bunch of workstations. You must now begin working towards your citizenship by crafting uniforms, rations, and munitions. You gain credits for each job completed, which you can spend to buy another workstation or upgrade any that you’ve already unlocked. Each time you purchase an upgrade, you earn a skill point, which then adds to your citizenship level. Eventually, you can make the process automatic and watch the credits tick up with minimal effort on your part.

THOR.N is a clicker in disguise. The jobs you complete at the workstations are extremely simple, almost perfunctory. You click the button on the left, wait for the meter to fill, click the button in the middle, wait for the meter to fill, and then click the button on the right…yup, you guessed it, wait for the meter to fill. Still, it’s strangely satisfying to watch the process happen, and once the upgrades get big enough you won’t even need to touch the machine to get your credits. As all of this happens, you are growing your citizenship level and watching Achievement-like messages pop up on the screen to congratulate you on your merits. Which, ultimately, are not worth celebrating. I suspect that’s the point, highlighting your work as something greater than it is when, just by listening, you know there are many others out there doing exactly the same actions as you, all for the greater good, some of which make it, and some of which do not.

I like a lot of the story bits that THOR.N keeps to the side and doesn’t shine a light on. Clearly, this is a dystopian future. Despite the cheer, chipper voice of your robot overlord, something must have gone wrong to get to this place in society. There are “No Entry” signs emblazoned on the glass doors that lead to the outside world–if such a place even exists, as Prey taught me–and information terminals constantly show you how well other citizens are performing. The apartment is small, but full of details, like art and papers on the walls. Also, the ominous robot voice congratulating you on all your achievements occasionally sounds aggressive, with some bits even feeling like thinly veiled threats. At one point, I returned to my bedroom and tried to access the computer screen in there only to get firmly reprimanded and told never to touch that screen again. I never did. Once you reach a certain citizenship level, a new door unlocks, and you can proceed through it…only to suddenly finish the experience.

While the ending is both abrupt and unclear, I enjoyed THOR.N, especially its aesthetic, as well as when all three workstations were operating at full capacity and my credits were skyrocketing. It’s just so dang satisfying when everything is operating smoothly and efficiently, and I don’t know what that says about me. Of the few Humble Originals from the Humble Monthly Trove I’ve tried so far, all of which were once free but no longer are, I found this similar to how I felt after completing Hitchhiker: First Ride–good, not 100% sure I grokked everything that went down, and interested to know more. I’ll have to be a good citizen and keep my eyes open for whatever Advect Productions puts out next. 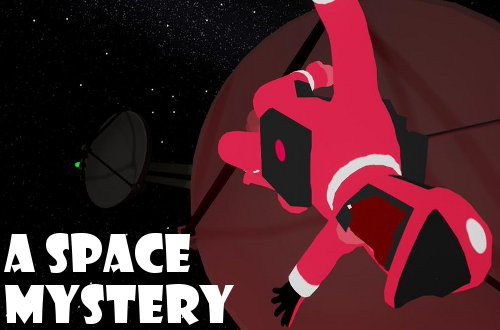 Until February 2, the Humble Monthly Trove is giving out a couple of free gems, some of which are Humble Originals, meaning they were created solely for the program. Neat-o. You can grab the following DRM-free named games, and I do suggest you jump on it before you forget or our country is vaporized in the forthcoming nuclear winter-war, as well as consider subscribing if you end up liking these types of smaller, hand-crafted experiences:

That’s six free games, and all you have to do is click a button or two. Naturally, I grabbed all of them lickety fast, and I even played through and beat one already–2000:1: A Space Felony. Now, before I dig into details of the game, I need to do as I always do and come clean about a piece of pop culture that I have shockingly never seen. Yup, my blue eyes have still never gazed upon Stanley Kubrick’s 2001: A Space Odyssey or read Arthur C. Clarke’s short story “The Sentinel” that inspired it. Nor have I read the full novel written concurrently with Kubrick’s film. Or 2010: Odyssey Two. Or 2061: Odyssey Three and 3001: The Final Odyssey. Phew. That said, because it’s hard to live life these days and not have these mega-popular behemoths seep into every single thing we see and consume, I somewhat get the main gist: an artificial intelligence goes rogue.

2000:1: A Space Felony takes place on the USS Endowment, an interplanetary spacecraft, which has unfortunately lost communication with Earth. Using your flashy camera skills and natural detective intuition, you must explore this damaged space, document your findings, and figure out what went down during the crew’s final hours alive. You basically do this by taking photos of key areas, people, and items, and then you confront MAL, the ship’s on-board AI system, about what happened, countering its talking points with confidence based on what you already know. Cross-examination in zero G should most definitely be the theme for the next season of Law & Order. Naturally, going into this, given what it is based off and just the fact that the melting pot-universe of books, movies, and videogames over the last several decades has been inundated with stories of corrupt AIs–hello, supercomputer AM from Harlan Ellison’s “I Have No Mouth and I Must Scream”, AMEE from Red Planet, and GLaDOS from Portal, just to name a few–you know that MAL is up to no good. The fun is proving it wrong and then deactivating it.

2000:1: A Space Felony‘s look is *chef’s kiss* top-notch. The colors are bright, punchy, magically brought to life through surprisingly simple geometry. It’s not going to win any realism awards, but I lean more often towards games with a unique take on life as we know it. The USS Endowment is not a huge station to explore, a small fraction when compared to Prey, but the spaces are easy to recognize and do come across as lived in. Moving around in no gravity is not complicated, using the WASD keys to thrust in any direction, and there’s even one spinning section that you can land on the floor and walk around in a more traditional sense, which makes the detective work a bit easier. I will forever be intrigued by the design of spaceships, space stations, and so on, and even one as small as this is a joy to explore, both inside and out, eventually feeling homely. Also, MAL’s main room is gorgeous, like the inside of a trippy golf ball or an even more fantastical take on Spaceship Earth.

I found the game’s narration to be especially strong, with ground control more or less narrating every action you take and how you present your case. Represented by a dark silhouette with white glasses and a tie, ground control is extremely straightforward when it comes to this case, with only a smidgen of humor here and there. Often, the juxtaposition between ground control and what MAL says is where Lucy Green’s writing is the most funny and captivating. MAL, voiced by Max McLaughlin, rides the line carefully between innocent, unaware AI and ice-cold, systematic murderer. Nothing really new for the genre in terms of AIs gone bad, but a good performance still. If there was a soundtrack, I don’t remember much from it other than the big, swelling orchestra right at the game’s courtroom-esque conclusion, but you do make a super pleasing donk sound when banging into a wall, and that counts for a lot.

Unfortunately, the part where you compare pieces of evidence against each other is the weakest link in 2000:1: A Space Felony. For a while there, I was missing one piece and had to do another loop of the environment, snapping shots of everything, listening to repeated lines of dialogue while growing frustrated. I also had a hard time seeing what pieces I was connecting, and I’d have personally liked for some screens to have faded out after they were no longer relevant, but that’s just me. I finished this murder-mystery in the silence of space in about an hour and change, and I thoroughly enjoyed the experience. I wonder which next freebie I’ll try (spoiler: it’s probably Hitchhiker).