Busting out the guns in Ratchet: Deadlocked 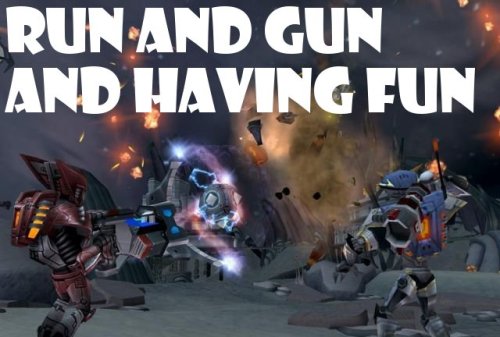 When Ratchet: Deadlocked was first announced, I had my concerns. Just like with Jak X: Combat Racing, here was a game that focused on one of the weaker aspect of the game series it was born from: the shooting. Pew pew pewing in the Ratchet & Clank games was never its strong spot, which is funny to think about because the weapons and battle tools Insomniac came up with were fantastically futuristic and a blast to toy with. They were so unique that entire commercials were based on ’em. Still, precise shooting never stood tall back then, and just exploring each planet and finding secrets and unlocking Skill Points and watching hilarious, almost Pixar-esque cutscenes was more than enough to carry each game to the end.

Surprisingly, Ratchet: Deadlocked is actually not all about the shooting. Sadly, it’s still not mainly about platforming. Instead, we get a mix of shooting, action sequences, and the occasional hop from platform to platform. And this is all done without our little robo-buddy Clank. Why’s that? Well, see, the lord of “Dreadzone,” a televised reality show that pits warriors against crazy odds, has kidnapped Ratchet and Clank (and, uh, Al), and is forcing Ratchet to fight his and his friends’ way to freedom. What comes next is a selection of mini missions ranging from going from point A to point B, piloting some kind of vehicle, killing all enemies within a closed-in area, and taking on addition challenges to earn more points and bolts. They are pretty short so far, but you can also spend time outside of planets upgrading your robot helpers and buying new weapons.

I’ve only tackled the first two planets so far–Catacrom and Sarathos–and am enjoying myself despite the constant pressure of shooting at things that are shooting at me. It’s not as relaxing as taking a stroll through Marcadia from Ratchet & Clank: Up Your Arsenal, but it’s close enough to what I love that I’m liking it nonetheless. And the addiction to collect bolts and upgrade weapons through constant use is there again, as well as Skill Points, which are basically early forms of Achievements, but these will actually help pay for secrets and new character skins, making them slightly more than just things to be proud over.

Between this and Secret Agent Clank, I’m probably going to finish Ratchet: Deadlocked first, and not just because its load screens are better. The story here is just more amusing and compelling, and while I love Clank, he’s really much stronger as either a companion to our furry friend Ratchet or as a robot that gives advice and narrates menu screens.

Also, another thing that surprised me in Ratchet: Deadlocked was the amount of (censored) swearing, mainly from evil Dreadzone bossman Gleeman Vox. Like, he bleeped…a lot. Really seemed out of place, but I’ll save that for another f*cking post.