Collected all those scattered Blast Shards in inFAMOUS 2 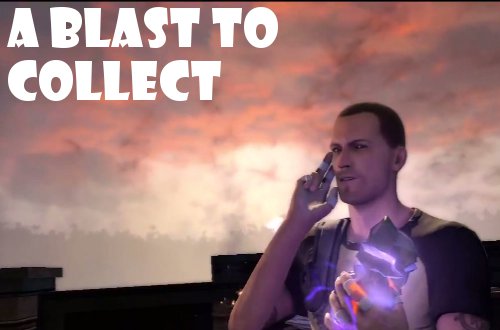 I’m nearing the end of inFAMOUS 2–sorry, quick aside, but I previously wrote the game’s name as inFamous 2, and the copyeditor in me will not rest until I owned up to the error and corrected it going forward even if it is a weird way to write something–and I don’t expect to ever play it again despite their being two paths to go down. One is good and saintly with ice powers in tow, and the other is evil and dark, circled by fire. If you know me, you know which way I’m playing; for those that are new, I’m always a good Samaritan first. It’s not that I don’t enjoy playing evil from time to time, but I get the sense that the game doesn’t change a whole lot by doing a few missions morally different.

With the last mission, I assume it’s the last since it is called “The Final Decision,” in sight, I’m trying to wrap up a number of side stuff before I close the book on Cole’s second chapter. My main objectives are finding all the Dead Drops, liberating the second island fully, and collecting all the Blast Shards. Maaaaaybe play a few more user-generated levels. Out of those three dreams, I’ve now found all hidden Blast Shards, and as a collectible, they are both a lot of fun to collect, as well as extremely rewarding in that a set number of them increase the amount of electricity power Cole can use. They remind me a bit of Precursor Orbs from the Jak and Daxter franchise, and nothing of those dumb flags from Assassin’s Creed. There is certainly an art to collectibles, something I’d like to explore down the line.

Basically, any time you ping the New Marais map for sources of electricity, Blast Shards appear for a second or two as a blue dot. Then you gotta find them, and they are relatively easy to see as they are glowing crystals, but most of them are tucked up high on rooftops or ledges, meaning you have to do some climbing. In total, there’s 305 of them, and you’ll come across them every step of the way early on in the game. It’s only after you’ve found about three-fourths of them that you have to begin paying attention and hunting them down, which is not as tiresome as one might think, thanks to Cole’s superhero powers of zipping up buildings and gliding across telephone wires. I found my 305th one out in the water last night, and upon collecting it, Cole accidentally took a dip, dying from the splash. Regardless, I got the Trophy, and I do believe it’s my first Gold one, unless I got one in Vanquish.

Tonight’s goal is to find three (or maybe it’s four?) more flying birds for the rest of the Dead Drops. I think I have run out of side missions though, meaning I can’t free the second island from enemy oppression. Might be wrong, might have to check online to see if there’s anything else I can do. After that, it’s off for Cole to fight the Beast, use the RFI, and watch another classic ol’ Western with his best bud Zeke. Mostly because then I can download Sleeping Dogs (free this month for PlayStation Plus users!) and have some more zany open-world fun, though probably with a lot less zapping and sticky ice grenades. Can’t say that for sure though.