Officially, March is the month that sees an end to winter…so why am I still so cold? Fact: I’m literally typing this intro text in front of a tiny space heater. Well, let’s not start deep-diving into things like polar vortexes and the death of the planet, but I’m really looking forward to spring becoming spring. For one, it means I’ll be able to play more console videogames since I won’t immediately crawl under the heated blanket every night after work just to stay warm. Two, well…um, I don’t know. I guess it just ultimately means I’ll have more time to play all them vidyagamez I have in my backlog.

Actually, there’s not too many games for this edition of Half-hour Hitbox. I’ve mostly written about the big games occupying my time this month–like Tomb Raider, Professor Layton and the Azran Legacy, and Wallace & Gromit’s Grand Adventures–and I’ve only dipped my toes into a few other games over the last thirty-one days. This is me attempting to remain focused and dedicated to the task at hand, of beating more games than starting new ones.

Remember all the trouble I had with Hitman: Blood Money? Of course you do. Well, thankfully, Hitman: Absolution plays much more smoothly than its older brother, but I’ve only gotten through the tutorial level so far. Again, there’s a lot of systems to play with here: you can be sneaky, you can be aggressive, you can be both, and you can be creative in all your approaches. I like that; I’ve always liked that. So long as thinking of an idea and implementing it via action buttons is, more of less, easy to do. That’s the ticket. The next stage up is the Chinatown one from all them demo trailers, and I’m eager to see what trouble I can get Agent 47 into next.

Well, it finally happened. I played Dungeon Defenders. See, I’ve had a copy on both Steam and PlayStation 3 for a long, long time now. Just sitting there, waiting. Making puppy eyes now and then as I’d skip past it to play something else. And then, this month on the Xbox 360, Gold users get a free copy of the game, meaning I now have three versions of it across all my current platforms. Alas, the game never looked too appealing to me, both visually and from a gameplay perspective, so I never made it a priority, but I figured enough was enough. I needed to know for sure.

Unfortunately, my gut instincts were right–this isn’t a game for me. It’s boring solo, consisting of just you setting up turrets and defenses, clicking start, and running around like a madman to keep on top of every situation. You do this for several waves until you win, and then you move on to a new area that, from what I can tell, while aesthetically different, plays just like everything else. Maybe I’ll try to see if I can join someone’s online game, but if not, I’ll probably end up deleting Dungeon Defenders. FROM ALL MY GAMING DEVICES.

In this collaboration from Roger Hicks and Paul Veer (animator of Super Crate Box), Earth was saved by celestial beings known as mechanians from complete destruction. However, since then, these beings haven’t been seen in like a hundred years. Naturally, in Celestial Mechanica, you play as one of these beings, exiled and now booted all the way down to Earth. Your mission is to get back…as well as try to sell some indie game soundtracks.

Basically, we have a Metroidvania action-platformer here, that starts pretty slow. I mean, you can’t even jump at the very beginning. Gameplay involves exploring and solving large environmental puzzles, with checkpoints for deaths almost non-existent, making for frustrating rooms when spikes and lasers are the main adversary. I played for a little bit and got a few powers, but eventually closed the window to do something else. Perhaps I’ll return to this Earth some other time in the future…

A very short “escape the room” adventure game, wherein you’re stuck somewhere cold–maybe Alaska given I saw a poster for The Thing above the bed–trapped inside a four-walled room. The puzzles are all extremely logical, like using a hose on a tank of gasoline to extract the gas to power the generator, and the only hiccup I ran into was figuring out the secret code that unlocked one of the lockers. Once I got through that, the rest of the items get used one after the other in the most obvious of ways. Wasn’t really expecting much here, but Polar Escape didn’t impress me at all in the end. Also: could use some editing. 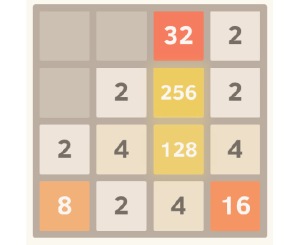 Over the last few days, I’ve read a decent amount about the popular puzzle game Threes. As well as 2048, a clone that is also experiencing popularity. Alas, given my Windows 8 phone, I can’t play Threes, but I was able to download 2048 and see what all the fuss is about. You basically slide tiles around to combine numbers in hopes of reaching a big score and creating a tile with the number 2,048 in it. I’ve not done it yet, but it’s surprisingly addictive and easy to get into. I can only image what Threes is like then, being the original idea. We’ll just call this another good killer of five to ten minutes, something to play while waiting for the teapot water to boil.

When I first got my Xbox 360, I only had two retail games for the longest while–Fable II and The Elder Scrolls IV: Oblivion. I’d come home for lunch a lot and want to play, but didn’t have the allotted time for either of those two titles. Then I discovered that the Xbox 360 came with some arcade games pre-installed on it, with one of them being Hexic HD, a title-turning puzzle game that, despite its appearance, was deceptively difficult to master. And now you can play Hexic on your Windows 8 phone…for free. Uh oh. These last few months have shown us the truly nasty side of free-to-play games.

That said, I’m not even through the tutorial yet, so I have no idea if this game gets free-to-pay gross. It might, it might not at all. At this point, it’s just teaching me the basics that I already know while introducing special power-ups and moves to help clear the board faster. This reminds me greatly of what Tetris Blitz did, wherein you have Tetris, but also a handful of probably unnecessary and overpowering special items that, naturally, can be purchased with real money. I do like that there’s a tile with a single eye talking to you, calling you “a human”, and the presentation is quite nice, though some text can be a little small at times.