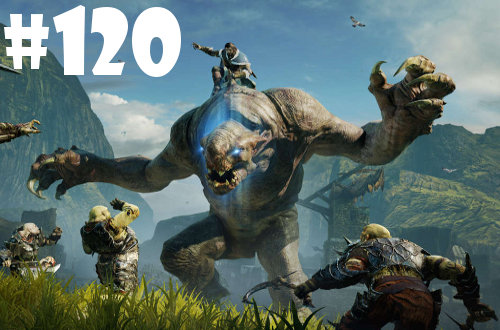 Back to Middle-earth: Shadow of Mordor, where the shadows are 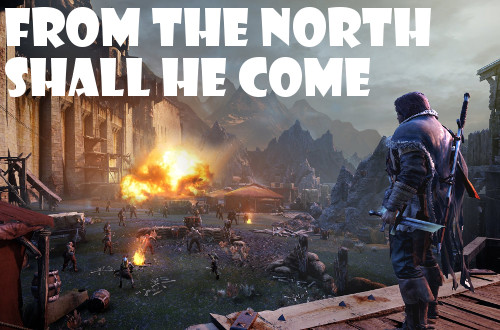 I acquired a digital version of the Game of the Year edition of Middle-earth: Shadow of Mordor at the same time I got Dragon Age: Inquisition, which was last Black Friday. Not a full year ago, but somewhat close. Still, knowing that both were big, meaty adventures with intricate systems, I decided to start one over the other and promised not to diverge from that plan until credits rolled. I went with Dragon Age: Inquisition and greatly regret that decision. I had played inferior versions of both games, click here for whinging about glitches in Ferelden and click here for whinging about insufferably long load times in Middle-earth, but I was more interested, at that time, in a traditional roleplaying adventure that was all about managing stats and less about quickly climbing up rocks and sticking daggers in necks. If only I knew then what I know now.

Moving along, I’m now working my way through Middle-earth: Shadow of Mordor at the same time as I tackle the open wilderness in Legend of Zelda: Breath of the Wild, at more or less the same pace as I did with the Xbox 360 version, even tackling the side missions and collectibles similarly. What can I say, I’m a creature of habit. The only difference really is that this GOTY edition provided me with some extra special weapon runes from the start, one of which lights my sword on fire after a long combo streak. I’m usually not a fan of pre-order bonuses that dramatically make things easier for the player, but this time I’m not complaining. Also, it looks cool as heck, the kind of effect that Beric Dondarrion would quietly appreciate.

The ho-hum plot takes place between the events of The Hobbit and The Lord of the Rings. You control a ranger called Talion, who was killed by the Black Hand of Sauron alongside his wife and son. The wraith of the Elf Lord Celebrimbor bonds with Talion’s body, and together they set out to avenge the deaths of their loved ones by taking down every goblin, orc, and troll in their way. Also, there’s Gollum, because of course there is, and his missions often have him leading you somewhere and then following hidden tracks to trigger an event. I’m a little further story-wise than I was during my first go at Talion’s take on revenge, and I’m not finding it all that thrilling, and this is from a guy that has played a lot of Lord of the Rings games, including sub-par ones like The Lord of the Rings: The Fellowship of the Ring and Aragorn’s Quest, both from the PlayStation 2 era.

Gameplay in Middle-earth: Shadow of Mordor, which one could easily call a third-person open world action-adventure thing, is basically the Assassin’s Creed series with big improvements to mobility and combat. You run around, you climb, you attack swarms of enemies, you collect collectibles, and you level up your weapons and abilities by gaining XP. You can be a stealthy ranger or an action-first ranger or, most likely, a mixture of both. The combat is rhythmic in the vein of Batman: Arkham Asylum, and it feels good to be in complete control of a mob of Orcs, keeping the combo chain high and mighty. There’s no surprises here so far, but a lot has been streamlined to feel better or make things easier, such as not taking fall down from high heights or being able to get a burst of speed after mantling an object. My favorite is a new ability I just got that lets Talion immediately warp to a selected enemy’s location; Tolkien sure did love his teleporting rangers.

Obviously, the biggest hook in Middle-earth: Shadow of Mordor‘s arsenal is the Nemesis System, which tracks any non-generic Uruk that the player comes into contact with, either through story beats or simply by killing Talion or surviving a fight with the ranger. These Uruk will be promoted into captains, and defeating these leaders helps weaken Sauron’s army. On the flip side, being killed by a named Uruk will cause the current mission to be cancelled, and the victorious Uruk will gain additional power, making him more difficult to defeat in the next encounter. This system was not fully implemented on the previous generation version, and I definitely missed out on a lot of personality, character, of really feeling like these Uruks were living, breathing, vengeful monstrosities traipsing around Middle-earth according to their own schedules. See, each of these named Uruks have a range of strengths and weaknesses that Talion can exploit in combat to quickly take them out, such as a fear of explosions or invulnerability to ranged attacks, and you can gain this type of knowledge by draining and interrogating marked enemies, systemically removing the leader’s bodyguards and barriers.

I’m mildly enjoying Middle-earth: Shadow of Mordor, but in bite-sized chunks. Hop into the game, find a collectible or two, take on a story mission, and close out, as the combat can become quite button mashy and my thumb often needs a break by the time Talion is done beheading his fiftieth orc. The stealth, when successful, is great and makes you feel pretty powerful, but I’m not invested in the story bits…one bit. As this is the GOTY edition, there’s plenty to see and do, with DLC included, and I’ll probably keep plugging away at this while everyone enjoys Middle-earth: Shadow of War next month. Thankfully, I’m in no rush to see Sauron’s army fall, especially knowing that it will just rise up again, bigger and stronger, in the forthcoming sequel.