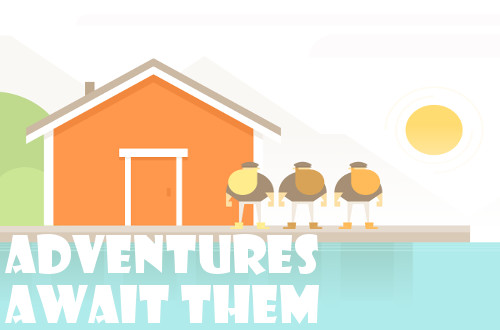 Burly Men at Sea is a pure delight. I mean that from every angle–graphics, sound, gameplay, narrative, the way it holds you close and keeps you warm and ensures that the world is all right and not so scary, even when scary things, scary beings, show up…after all, they might just be misunderstood. I recently acquired a copy via the Day of the Devs 2018 Humble Bundle, along with Full Throttle Remastered, RiME, Hotline Miami 2: Wrong Number, Yooka-Laylee, Minit, and Hyper Light Drifter, all of which I desperately want to find time for to play. I started with Burly Men at Sea for two reasons–one, its general aesthetic speaks to me deeply, and two, it seemed the shortest of the bunch to play. I was kinda wrong about that last part.

This is a folktale mashup available on both mobile devices and PC that came out in September 2016. One might call it an interactive novel, but that’s not giving it proper respect. To me, it’s a whimsical stab at visual minimalism, frolicsome writing, and some seriously disturbing sound effects generated by voices only. Burly Men at Sea was made by husband-and-wife team Brain&Brain and is based on early 20th century Scandinavian folklore. The plot goes as thus: three brothers—specifically Brave Beard, Hasty Beard, and Steady Beard, which are all fantastic names—find a map in a bottle and set off for adventure. Naturally, things don’t go exactly as planned, with one disaster leading to another.

In terms of gameplay, interactions are fairly minimal. I played the game entirely on my laptop, using just a mouse. You’ll spend the majority of your time “pulling” the mouse to the right or left to reveal more of the screen, and this will cause the three brothers to walk in that direction. You can also click on things in the background to see them react in fun ways, which reminded me of Windosill. A couple scenarios later involve you clicking and holding on specific areas, but it never gets more complicated than that. The game might actually be better suited for mobile devices, given how you interact with it and how long each playthrough takes, but this is how I experienced it.

So, the really neat thing about Burly Men at Sea is that it kind of never ends. It loops, putting our bearded trio right back where they started. You can go on another adventure, and maybe this time you’ll see some new things or perform different actions. I did a second playthrough immediately and was pleasantly surprised by what I came across, and I’m not going to spoil it for y’all. This game is designed for multiple playthroughs, but it is perhaps better if you take a break between them. Otherwise, you’ll begin to see some of the repetition. The experience itself is calming and cartoony, and the danger never feels like danger, but the tense moments still remain tense as you begin to care for the Beard brothers and think about how to get them out of the various sticky situations.

If Burly Men at Sea were a book, it’d be defined as a real page-turner. No scenario lasts too long, and they flow into each other seamlessly. I found myself constantly smiling at the absurd writing and animations. Speaking of books, each unique playthrough is stored in an in-game library that can be referenced to pre-order a fully-illustrated hardcover version of the adventure. That’s neat, even if it’s not for me. I’ll just stick to repeating this ship-worthy adventure, at least a few more times, to see what I see, to unearth something new along the way. If not for me, then for the Beard brothers. They gotta know. 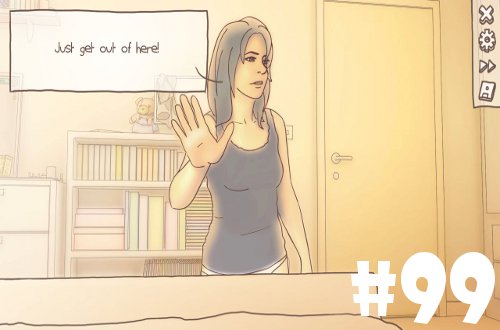 Wake up with stranger
No memories, drank too much
Stay, leave, or learn more 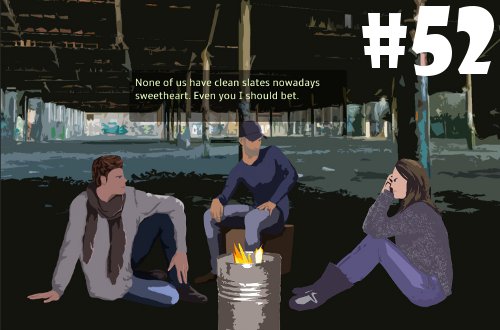 Life after the end
Full of tough choices, like food
Hey, we all survived