SUPERHOT’s time only moves forward with the player

We’re a few months into 2018, or twenty-great-teen as the kids are callin’ it, and I’m finally cool enough to play SUPERHOT. Y’know, that mega indie hit from…well, it originated as an entry in the 2013 7 Day FPS Challenge, but was a full release on consoles and PC in 2016. Strangely, right now, the game is everywhere you look–it was a freebie for March’s Gaming with Gold on the Xbox One, which is how I acquired it, it was a freebie last month for Twitch Prime’s new Free Games with Prime program, and it’s currently one of the games bundled in Humble Indie Bundle 19. My lordy-loo. I guess there is just no avoiding it at this point. After all, SUPERHOT only moves when you do.

Okay, some setup, of which I will absolutely nail down the mechanics of this game, but not its narrative. SUPERHOT is an independent first-person shooter developed and published by the appropriately named SUPERHOT Team. The game mostly follows traditional first-person shooter mechanics, with you trying to take out enemies shooting bullets at you. The twist to all this is that time within the game only progresses when the player moves. Remember when Neo in The Matrix used bullet time to his advantage? It’s like that, but always. This often creates unique opportunities for the player to assess their situation and respond appropriately, turning each gunfight into one massive, slow-crawling puzzle wherein you’ll dodge a bullet, punch a dude, grab his gun out of the air, and shoot him in the face with it before a second goes by.

Now SUPERHOT‘s story…exists on several metanarrative levels. First, the player plays a fictionalized version of themselves sitting in front of a computer receiving DOS prompts, getting a message from their friend who offers them a supposedly leaked copy of a new game called superhot.exe, claiming that the only way to access it is with a crack. Second, launching the game immediately thrusts the player into a series of seemingly unconnected puzzle-combat rooms via different points of view, all based around killing hostile red dudes via the cool time slowdown method, after which the game glitches out and disconnects. After this crash, the player’s friend sends an updated version of the .exe file, which is apparently a new version of the game that fixes the “glitches,” and you go further down the rabbit hole, doing as the large, blocky text on-screen says because…that’s what a good videogame player does. Look, it’s something of a connective tissue, and that’s fine, but story is not at all the reason I’m playing SUPERHOT, nor what I will ultimately remember about it five years from now.

Visually, the developers got lucky. The game is presented in a minimalist art style, with enemies in ruby red and weapons in stark black, in contrast to the otherwise white and gray environment, which has the effect of everything popping before your eyes, especially those red bullet trails. I suspect this look was picked because it was quick and easy to implement during its days as a jam baby, but it really works great to boil SUPERHOT down to its essentials–an area, enemies, and all your tools to kill them quickly seen. When you shoot a red guy, he explodes into a bunch of polygons, like a window breaking, and it’s super satisfying to both see and hear. Once you successfully survive a level, the game replays all your actions like a mini action movie trailer, and you can save and edit the replay into GIFs and such, if that’s your thing (it’s not mine). Oh, and one can’t forget the classic bit of the booming “Super, hot!” voiceover that loops after you’ve obliterated every red dude in your way.

I enjoyed playing SUPERHOT; the playing of it was enjoyable. I didn’t really understand a lot of stuff around the edges or what story it was trying to tell, but that didn’t diminish the fun I had from slowly dodging an incoming bullet, throwing my empty pistol into the face of a red dude, catching the shotgun that they tossed upwards, and unleashing a spray of bullets in their direction, all within the blink of an eye. Every room was a puzzle, open to interpretation, and I played a few challenge levels and endless mode after the credits rolled, but it lacked something the frenetic, bouncy campaign had, nor did it do anything new. I’m glad I got to finally play SUPERHOT, and if you’ve not yet…well, it’s time to stop time, get yourself a copy, and start slowly making your way to the complete and total domination of red dudes.

Everything must go
Rotate, match up the colors
This zen is a ten 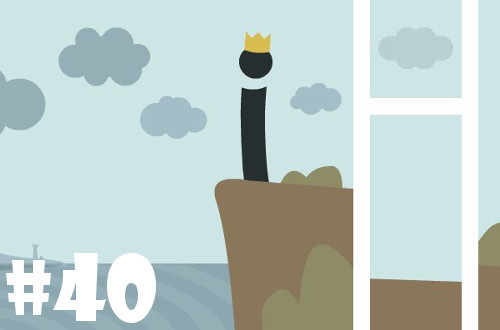 Who will you fight when
Everyone is gone, who will
You rule by yourself