A batch of anticipated games for the year 2018 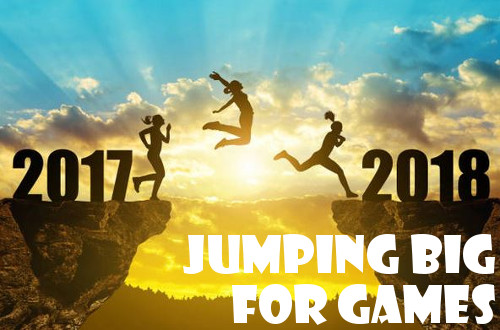 When you search the Internet for the keyword of “2018,” you get a lot of pictures of that number in big, bold font or images of cars. Hmm. However, when I look forward into this new year, I see only videogames. Eh, that’s not true. Totally not true. There’s a bunch of other things to see, related to life and love and liberty, but this Grinding Down blog of mine, creeping into its ninth year in action, despite the random dips into other topics, is mostly focused on digital entertainment, and so it is all eyes locked hard on the adventures I’m most interested in playing in two thousand great-teen. Oh, and I’m sure to have copious 2017 titles to catch up on as well, as well as ones from years past (I just started playing Wolfenstein: The New Order and, uh, StarTropics), dating all the way back to the birth of this very planet.

Naturally, we don’t know every single game coming out in 2018 just yet, but here’s a number of ’em that certainly have my attention. 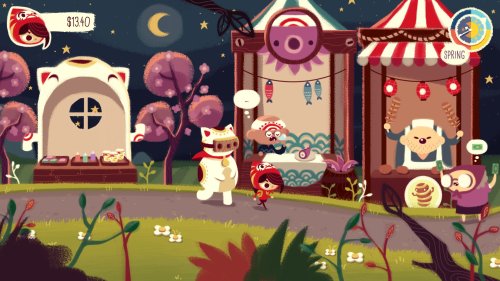 Mineko’s Night Market, an indie adventure from Meowza Games, is the first title from the young, two-person indie studio. The adventure title stars Mineko, a girl who takes on a job as a vendor in a weekly marketplace. With responsibilities ranging from collecting resources, crafting items to sell, participating in local events, and befriending customers around town, the game sounds like a much fuzzier take on Stardew Valley and Recettear: An Item Shop’s Tale. Plus, that art style is to die for. 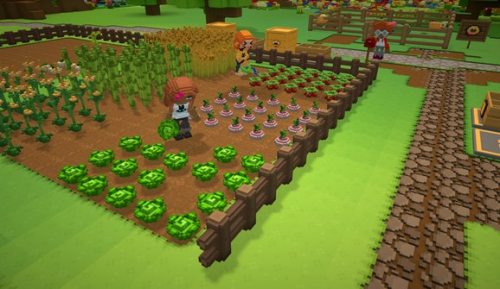 Staxel is a sandbox farming game. Yup, I guess I can officially say that, after dumping hours into Stardew Valley and Slime Rancher, I like farming games. Well, so long as they aren’t too serious and actually about watching a crop grow from seed to final product over the course of several weeks. This one features voxel-based graphics, which are always cool. Remember Voxatron Alpha? Well, I do. Anyways, the general goal is to tend to your farm and work on the village by yourself. Or you can enlist the aid of your friends via online multiplayer to turn it into a thriving farmstead! I wonder if this will ultimately beat Stardew Valley to the multiplayer aspect and whether it’ll be the better experience. Time will tell.

In the words of Glumberland, the game’s developer, “Ooblets is a farming, town life, and creature collection game inspired by Pokémon, Harvest Moon, and Animal Crossing. Manage your farm, grow and train your ooblets, run a shop, explore strange lands, battle wild ooblets and other ooblet trainers, and unlock the mysteries of Oob.” Yeah, that sounds great to me, and it also looks super-duper adorable, so I’m more than simply all in on this.

Look, I like to poke fun at myself by constantly mentioning that I haven’t played the first Red Dead Redemption still, years after missing out on it during its year of release, so I might as well give up on that dream and place all my bets on the forthcoming Red Dead Redemption 2. I enjoyed a good amount of Grand Theft Auto V, but didn’t linger too long in the online multiplayer aspect, and I have to imagine that Rockstar will be implementing a number of features from that into this violent world of cowboys and the American frontier. I should probably also watch Westworld at some point. Just sayin’.

Much like the previous entry on this list, I also missed out on the original experience. That’s okay. From everything I gathered, State of Decay was cool, but somewhat flawed–technically and gameplay-wise–and so with this sequel now having some time to fester, I’m hopeful for a more focused, polished take on making ends meet in the zombie apocalypse. Also, all of this PlayerUnknown’s Battlegrounds of late is ultimately preparing me for survival among both the living and the dead. Or undead, if you want to get specific.

The Lord of the Rings LCG

I played so much Lord of the Rings Trading Card Game, an out-of-print collectible card game produced by Decipher, back in the early 2000s, and I miss it greatly. I miss the game, and I miss the crew I hung out with that played the game, and I miss that it, along with something called Magic: The Gathering, was always there to fill in the gaps, to kill time, to make memories. That said, Lord of the Rings LCG is not the same thing as that now forgotten friend, but it is an upcoming, free single-player and cooperative multiplayer card game based on one of my favorite things ever. It’s already on my Steam wishlist and going for the market dominated by the likes of Hearthstone. 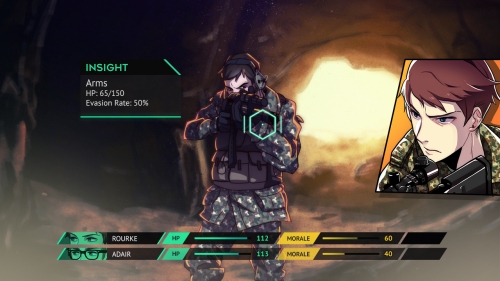 Please do not confuse this with Days Gone, that open-world action-adventure game where you play as some generic-looking dude trying to survive in a world overrun by really fast, mindless, feral creatures that want to do you great harm. No thank you. Instead, Long Gone Days is a 2D modern-day character-driven RPG that combines elements from visual novels, shooters, and dystopian fiction. You play as Rourke, a soldier from an underground unrecognized country named “The Core”, after he’s deployed to a mission in Kaliningrad, Russia. There, he discovers the truth about the operation and decides to desert. It’s written, developed, and illustrated by Camila Gormaz, and I think it looks particularly neat.

The Swords of Ditto

Here’s the quick summary: The Swords of Ditto is a compact action RPG that creates a unique adventure for each new hero of legend in the relentless fight against the evil Mormo. Uh-huh. The game’s core mechanic involves the legacy of the game’s playable heroes, kind of like in Rogue Legacy, and that’s all well and good, but I’m honestly coming to this for its art and animation over anything else.

Speaking of slick-looking art and animation, take a look at Legendary Gary. The titular character is evidently a mess, and he’s trying to become a better person. Gary spends his evenings playing Legend of the Spear, a fantasy adventure game in which the hero and his friends journey through strange lands and engage in hand-to-hand combat deadly creatures. Naturally, these battles take place on a hexagonal grid, and on each turn, all fighters act simultaneously. This means you must decide what action each member of your party will perform. Sounds like the game is split between this type of gameplay and dealing with Gary’s normal, everyday life. Also, Evan Rogers, the game’s developer, is a Giant Bomb fan, and that’s plain cool, duder. 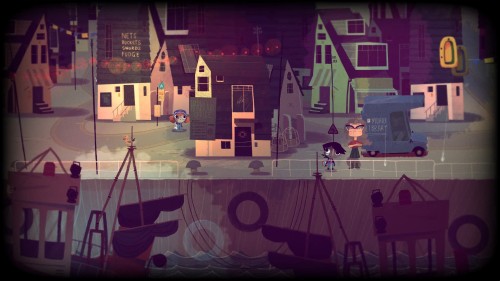 Knights and Bikes, from Foam Sword and the second one on this being published by Double Fine (I’ll let you figure out which is the other one yourself), is a hand-painted action-adventure set on a British island in the 1980s. You’ll play as Nessa and Demelza, tough imaginative girls who are exploring the island in a Goonies-inspired fashion. Heeey, youuu guysss. Looks like the adventure will see them riding their bikes right into danger, seeking treasure, and solving ancient mysteries.

There you go, a whole batch. I fully expect more to pop up unexpectedly over the year because, alas, I can’t know about every single game coming into existence at any given moment.

What titles are you most looking forward to in the coming year? Speak up about ’em in great detail in the comments section below. Fill me in on the ones I’m not calling out. Share and enjoy.