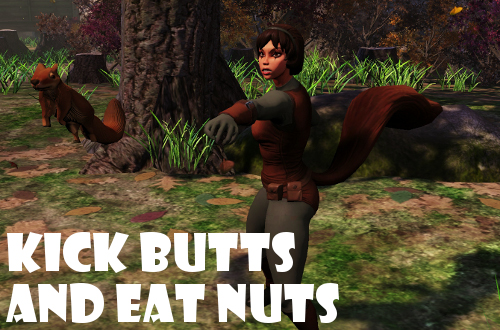 I’ve long wanted to play Marvel Heroes since it came out in 2013, but after seeing just how large the download file was from Steam–somewhere over the 30 GB mark–I decided to hold off. Then I completely forgot about the optic blasted thing, even after its double renaming to Marvel Heroes 2015 and Marvel Heroes 2016, until Gazillion Entertainment announced that it was coming to consoles this year, still as a free-to-play beast (not to be confused with Beast, the NPC you need to speak to during one of the main story missions). Anyways, it is here, it is rebranded once more as Marvel Heroes Omega, and it is a good amount of mindless fun, with some technical issues peppered throughout the experience. Let me and my army of squirrels explain.

To start, this is Diablo starring superheroes, that you play with a controller. At least that’s how I’ve described it to others. I’ll go more into the gameplay mechanics in a bit, but let me sum up the story, written by Brian Michael Bendis and which would be right at home for a long-running Saturday morning cartoon series arc. Legendary no-gooder Doctor Doom obtains the Cosmic Cube, which is capable of transforming any wish into reality, irrespective of the consequences. He uses this device to incinerate the Watcher. On the flip side of things, Madame Hydra and HYDRA have facilitated a breakout, freeing several super-powered inmates. You, the player, whether you are everyone’s friendly neighborhood Spider-Man, Captain “The Captain” America, or berzerker claws-only Wolverine, must go on a series of quests to take these villains down and put a stop to whatever Doctor Doom’s end-game plan is. Total domination, I’m assuming. The story is told via text in mission logs and dialogue with other peeps, as well as stylized, hand-drawn cutscenes that make you feel like you’re right inside a comic book. One problem: so far, I haven’t see a single brown hair of Squirrel Girl, despite her being my main hero and almost level 40.

Marvel Heroes Omega is without a doubt an action role-playing game, or ARPG for those that like to keep things short. You can tell immediately by looking at it and seeing the camera perspective, as well as the UI that puts a number of spells that once called numbers on a keyboard home now associated with the A, B, X, and Y buttons. It’s also a free-to-play game, but unlike Candy Crush Saga and Final Fantasy: All The Bravest, there’s no energy system that restricts how long you can play for, nor do the microtransactions seem to get in the way or block people from playing most of the game. Many of the superheroes cost a high amount of real money bucks or special currency, but you can grind out the latter as you play through the single player content and other modes. I think all the alternative costumes are in loot boxes, but I’m not certain of that.

Here’s what you do in Marvel Heroes Omega: beat up baddies and gain levels. In short, kick butts and eat nuts (only if you are Squirrel Girl, which, thankfully, I am). As characters gain levels, they gain passive stat increases and power points, allowing the player to further define the abilities of that character, and each character has three power trees in which they can spend points. These focus on a certain mechanic or play style, such as melee, guns, explosives, ranged, or special ranged. Currently, I’ve unlocked an ally for Squirrel Girl named Tippy Toe, who wears a pink bow and does some series damage. Also, I can shoot a squirrel like a machine gun. Without paying any money, you can play every single character in the game up to level 10. Then you must unlock the character to continue gaining levels and powers, which I did for Squirrel Girl, and I’m currently saving up special currency to buy Iron Man for Melanie so we can continue playing this together.

It’s not a perfect launch, which is somewhat disappointing, considering they’ve had years to work on at the very least the foundation of this game. The concrete floor, the support beams, the installation–that stuff. I’ve had Marvel Heroes Omega crash a handful of times already, dumping me right back to the start menu with little explanation. There’s insane slowdown when things get crazy with a bunch of superheroes all unloading on a single group of enemies at once. Also, if you try to move ahead in the level before it has finished loading, you hit an invisible wall until the game catches up with you. Not total deal-breakers, but irksome issues regardless.

I’m a couple chapters short of finishing the main campaign for Marvel Heroes Omega, but that doesn’t mean this adventure is over. Far from it. After that, I’m curious to see how my Squirrel Girl will grow as a character via other modes, and I do want to see how other heroes play, such as Gambit or Kitty Pryde, but probably only to level 10. I don’t think I myself have enough superpowers to grind out special currency for another character unlock after Iron Man. I’ll never say never, but I also won’t say likely. Also, at some point, I need to give at least one of the following three titles–Marvel Ultimate Alliance, X-Men: Legends, and X-Men: Legends II – Rise of Apocalypse–a shot, all of which entered my gaming collection some years back and remain untouched, cases on a shelf.