Persist, a backwards platformer with spirit 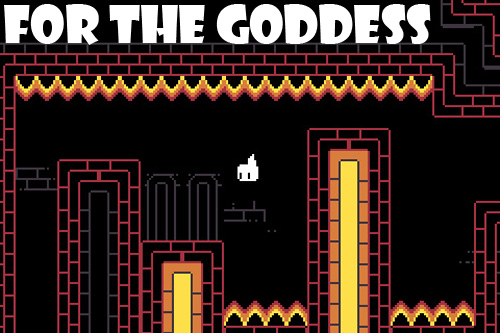 First you lose your arms, stripping away your ability to swim. Next, the Goddess takes your legs, leaving you as a simple head, only able to roll left or right, deeper down into a dark abyss. And she doesn’t stop there either, relishing in your torture. Persist is a backwards kind of platformer; basically, the further you get, the more standard abilities you lose, reducing you down to nearly nothing, and as the story plays out, it sort of makes some sense why such a being would do this. Don’t be deceived by the game’s retro look and minimalist gameplay–it was designed that way for a reason, and it is totally worth playing.

Again, Persist follows the story of a lone spirit, trying to reach a mysterious Goddess to ask for forgiveness for his past sins so he can ascend to the higher plane of existence. Unfortunately, this Goddess really resents him, which becomes somewhat clearer by the end, and constantly puts him into increasingly dangerous situations, both as a test and a bit of torture. This game was created in just under 48 hours by @AdventIslands for Ludum Dare 26, wherein the theme was minimalism. A couple of other games to come out of that jam that I talked about here on Grinding Down were TOOM and Gods Will Be Watching. It’s absolutely awesome how much can be crafted from the idea of “how little,” and I suspect I’ll keep finding little gems from this jam as time marches on.

For those interested, I played a bit of Persist in my new speculative YouTube adventure called Paul Plays…, and you can check out my lackluster jumping skills in the video below:

I did immediately keep playing after the video ends, as there were only two sections left to complete, the one where you’re just a detached head and another that I won’t spoil here. They are very enjoyable and more puzzle-based than everything before it, which is more classic platforming of the Mario kind. The story comes to a head immediately after the last level, and it takes a surprising turn, but it really could have been something more if the writing was stronger and more effectively narrated throughout. I understand that there was a time limit to abide by, but I’d love to have seen a few more levels added or lengthened to stretch Persist out, especially when you’re just a head, as figuring out how to time your rolls from platform to platform was a lot of fun. The small amount of music in the game is quite good; not loud enough to be distracting, but soft enough to jump against, and helps create a rather somber ambiance, which is quite fitting once you learn what the spirit did.

Either way, give Persist a play, and do it sooner than later or else the Goddess might take away your hands, and you’ll have to give up gaming entirely. 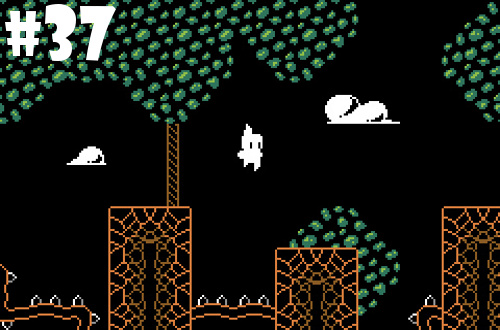 Must find the Goddess
To make amends, who needs arms
Legs, eyes, a lost soul