Windosill’s interactive environmental objects are a joy to click 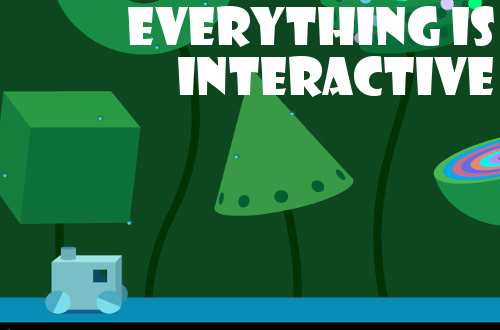 At some point last year while I was deep into Alto’s Adventure, the stylishly difficult endless snowboarder with runaway llamas, and conducting research on it for this blog post, I discovered a sensory-tingling clicky sojourn called Windosill, which clearly had an impact and influence on Snowman’s developers. Not necessarily from a gameplay perspective, as Windosill is all about logic/illogical puzzles and clicking around and less about collecting escaped llamas and nailing that third backflip in a row, but certainly from a visual standpoint. There’s a colorful, crispness to the flat, almost childish shapes in both games, and I think the simplicity works great and adds a surprising amount of character to the environments and their surrounding objects.

Anyways, I only played the first few levels of Windosill for free via the game’s website. I filed it away in my brain as a delight and something I should check out fully…y’know, down the road. Well, that finally happened. I got a copy of the game on Steam during the most recent summer sale for $0.98, along with Lilly Looking Through, Disney Mega Pack: Wave 2, and Voodoo Garden. I’m only calling those additional purchases out here so that I don’t forget about them because, until I just went through my purchase history now to figure out when I had acquired a copy of Windosill, I totally forgot about them. Oops. That’s the trouble these days, if you are me.

In short, Patrick Smith’s Windosill is a puzzle game with no instructions or words, other than the title screen text. You’re left to figure out how to unlock each level’s door and move the main character, which is a wooden, toy locomotive, on to the next level by sliding it through the opening. Which, by the way, is immensely satisfying. The end goal is the same for each level, but the journey to it varies greatly. You’ll have to interact with numerous items in the environment by clicking on them and seeing what happens. It’s all about experimenting and being curious, observing what happens when you click once versus holding down the mouse button or holding it down and dragging. What’s nice is knowing that everything you need to unlock the door is contained in the single level, and you will eventually solve the puzzle. It’s more of a drag, tug, and spin adventure game than a point and clicker.

Windosill is joyous. The game’s tone is friendly and dreamlike, and there’s a absurd creativeness to each environment that will leave a smile on your face and keep you guessing moment to moment. I both didn’t want to complete a level and also was super excited to see what came next. Each object you encounter, whether it’s a big ball on a tiny stem or a window in the wall or a plain-looking cone, has character, with its own weight and ability to be squished or stretched or manipulated. I messed with every single thing I could. I had some minor problems playing this on Steam rather than an iPad when trying to stretch or spin some items intensely or drag the cursor too far to the edge of the screen. Nothing major, but it definitely seems better designed for a touch-based interface. Evidently, the iPad version also has a sketchbook gallery, a level selection, and a translucent mode that allows players to see how levels are put together with 3D polygons. That’s pretty cool.

There’s a bunch of other strange, click-heavy freebies to try out on Vectorpark’s website, which certainly all look intriguing and similar to Windosill. However, with this sort of experience, where discovery is better than completion and experimentation is king, I might need to pace myself accordingly. Otherwise, I’ll end up in an alternate universe where I’m tugging, poking, twisting, flicking everything in my path, and no one wants that.