Only took 90 hours to become filthy rich in Skyrim 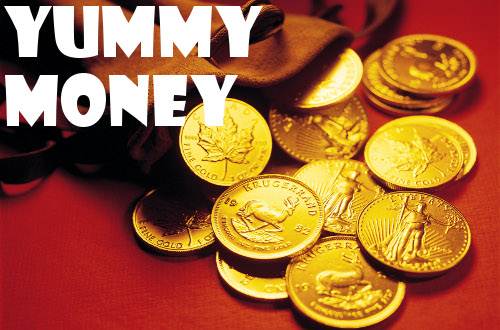 Picture this: I was mulling around the Thieves Guild in The Elder Scrolls V: Skyrim, trying to lighten my load when I noticed I was just below the mighty threshold of having 50,000 gold in my apparently limitless coin purse. I immediately popped over to the constantly open for business Tonilia–I swear, all this woman does is move from table to crates, eating bread and buying my junk–and passed along a few wolf pelts, a couple enchanted daggers I’ll never use, and four of my 16 rubies. With ease, I crossed over 50,000 gold…and sat staring at my screen, waiting for the Achievement to pop.

Now, if you know things–and I have to trust that the several silent readers behind Grinding Down know things–then you won’t be surprised to learn I sat for at least half a minute, with no Achievement popping and Tonilia generally ignoring my presence. Pulling up Skyrim‘s list of unlockable icons, I came to the shocking letdown that I was only halfway to the real goal, which is 100,000 gold. And so I got back to questing, making a promise to myself to not spend on all hard-earned gold on buying skill increases and then trying to sell as much stuff as I could as often as I could. Basically, any time I returned to the Thieves Guild I emptied my load as much as possible, waited for 48 hours, and sold some more. Even still, this didn’t get me to 100,000 speedily.

Fast-forward many hours and save slots, and I was finishing up the seedy quest called Pieces of the Past, with plenty of shiny things in my backpack to sell. This time I popped over to the Honningbrew Meadery to mix things up as I have a friendly fence there, and boom, it happened. It actually happened this time. Guess I’ll put my money where my mouth is:

Wow. That’s a lot of kaching-kaching. I could buy a bunch of houses or all the potions this side of the Misty Mountains or enough skill increases in all my lackluster attributes to go up several levels or take a carriage-driven tour of the realm. Only…I didn’t. I saved and turned the game off. I later came back to finish up the Civil War quests, taking Whiterun as all mine with the help of a friendly dragon and a handful of Stormcloaks, but have not really done anything with my money-money-money. At this point, at level 42 with plenty of kick-ass, enchanted bows and light armor, I really don’t need it for anything specific. Though I might look into buying a second house as Breezehome can only hold so much of my loot.

A part of me wishes I could somehow transfer all this gold to a new character so that I could buy a way different house during my next playthrough, which, by the nature of my home base just being somewhere other than Whiterun, would result in a new experience. Yeeeeah.

And let me leave y’all with this humdinger: how much gold do you have?