Tag Archives: Harry Potter and the Prisoner of Azkaban

Adding to the Backlog – Greater than nine, but less than eleven PS2 games 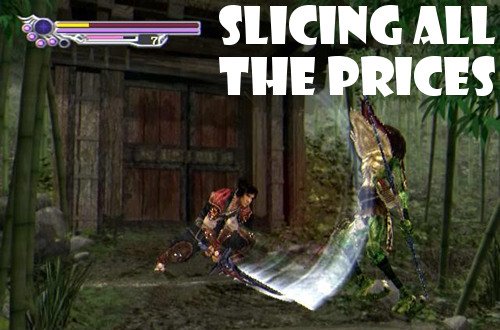 The world’s weird, and I say that because it was one year ago in February 2015 that I went out to my friendly neighborhood GameStop and grabbed a whole bunch of PS2 games for next to zero dollars. Well, I did it again the other day, feeling compelled to take one more gander before future purchases like these can only be done online, without the thrill of discovery. See, I moved from a house to an apartment since then, and there seems to be only one GameStop in my area still stocking shelves of case-less, manual-less PS2 games, and variety, in terms of selection, are growing slimmer by the day. I feel like I grabbed the last of whatever one might consider good games, leaving behind dozens and dozens of copies of Guitar Hero III: Legends of Rock, SingStar ABBA, and Madden NFL ’08, which I assume will eventually just get trashed.

Anyways, since there’s ten total, I’m just going to list ’em below, along with their prices. Keep in mind that these were already marked down for me being a Pro Member, as well as from the store running a 75% off promotion on all things old school. Oh boy. Here we go then, in alpha order:

All right. That’s a whopping $8.76 in total. Not too shabby, all in all. I’ll touch briefly on some of these and why, in my zany mind, I determined they were worth snagging on this last hurrah out into the wild. We’ll save a longer analysis and fleshed-out thoughts for down the road, when I actually get to play these. When that will be, I naturally can’t say, considering I haven’t even really dipped into the ones I got a year back, though I did attempt to play My Street and have a post-in-progress in my drafts folder on it…I should really do something about that soon.

Both Bombastic and Buzz! The Hollywood Quiz are games I’ve never heard of before. The former seems to involve exploding dice, and the latter is a, surprise surprise, multiplayer trivia show about pop culture.

Much like my fascination with all things Lord of the Rings, I’m just as curious about the videogame adaptations of the Harry Potter series. Specifically, the non-LEGO versions. I’ve only played a few before–one was a terrible DS title, and the other is a spin-off about Quidditch–but never any of the ones really dealing with the early going-ons of Harry and his school days. In short, I want to explore Hogwarts and go to classes and do a quest to figure out the new password for Gryffindor’s common room.

Harvey Birdman: Attorney at Law…er, I have no idea what this is, having never watched a lot of the cartoon show. Why couldn’t I have found a videogame take on Home Movies instead?

Look, Jak X: Combat Racing. I really only got you to complete the collection, not because I want to play you. The driving around the desert and car combat from Jak 3 were my least favorite parts, so here’s a whole game devoted to that stuff. Insert some snarky comment from Daxter here.

I played an Onimusha game once, back in college, but I don’t think I could confidentially tell you which one or anything about it other than it was my roommate’s. They seem like decent character action titles, and I was surprised at how good the game actually looks for its day.

I’m a big fan of Philip Pullman’s His Dark Materials series, but less so of the film adaptation of the first book The Golden Compass. The theatrical version was too friendly and safe, scared to put children in danger. Heck, they even changed the ending, which would have greatly affected the plot in the next two films…if they ever got made. Pretty sure its reception was not great despite all the cute and cuddly dæmon voiced by mega stars, and they made a videogame tie-in, so I can only imagine how bad that turned out. Wait, I don’t have to imagine anymore…I own a copy. Woo?

Funny enough, I played The Sims 2: Pets at my girlfriend’s the other week, doing my best to recreate my kitty cats and a happy, stable home for all of us. I didn’t put a lot of work into either the cats or home, as I was just messing around and not planning on saving my progress. For example, instead of a bathroom, I simply had a toilet in the living room and surrounded it by plants. Anyways, for this price, I had to snag a copy for myself, which maybe I’ll mess around with once I am fully finished with The Sims FreePlay. You know, sometime in 2025. Sad zing.

Right. Well, here’s a whole bunch of more games to add to my backlog. May they wait patiently until it is their turn in the spotlight.