Nintendo 3DS and the final two months of 2013 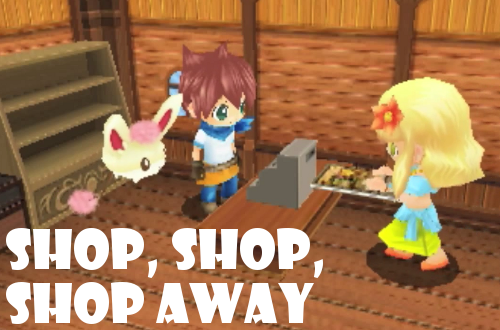 The next two months are looking to be pretty fantastic for the Nintendo 3DS, with a lot of big name games coming out for the holiday season. However, there’s also a number of smaller, indie-esque titles that look just as interesting, so many that I felt the need to make this post to keep everything clear and tidy and all in one place, as well as a good reminder to myself to spend that cash money for digital entertainment when all of these things drop.

Now, I’m not covering every game coming out for the Nintendo 3DS over the following sixty days (a rough estimate), just the ones that I’m genuinely interested in. Sorry, Phoenix Wright: Ace Attorney – Dual Destinies. Let’s take a look then at those vying for my attention. 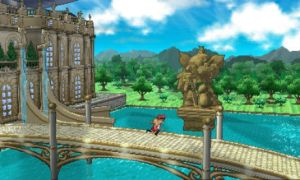 Ever since Pokémon HeartGold, the unwritten rule in my life now is that I will buy every new Pokémon game that comes out, no hesitation. And then I’ll play it for a bit, get stuck at a certain gym, and put it down for some time until I get that itch to go back. The newest iteration looks really neat, and I love that the battles will now be more animated. Plus, sounds like you can ride some Pokemon around town. That take, bicycle. From early reviews, it sounds like not a whole lot has changed gameplay-wise, but I’m okay with that. I just now have to figure out which one to get, X or Y, and I guess that really depends on what version Garbador is in, as that hunk of junk is my absolute favorite. Guess I gotta do some light research later on… 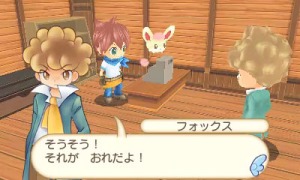 Having almost nearly given up all hope on a North American release for Fantasy Life, it looks like Hometown Story will have to fill my “take on a non-traditional role in an RPG” gaming void. It’s a life simulation game created by Harvest Moon creator Yasuhiro Wada wherein you run the small shop you inherited from your grandmother. You can interact with customers and watch both your shop and town grow in response. That’s all I know so far, but it looks cute and charming and I never did get around to trying out Recettear: An Item Shop’s Tale, so this will be my first taste of this niche genre. 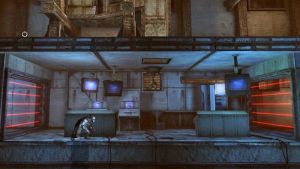 I don’t know much about the Batman games as of late, though I did eventually purchase Batman: Arkham Asylum for five bones during a PSN summer sale, but haven’t played it yet. Hopefully before the year’s out. Anyways, this Blackgate Metroidvania romp through a 2.5D prison space looks a lot like Shadow Complex–which I actually dipped back into recently and continue to enjoy–more my thing, and I’m real curious to see how faithful to its genre it stays or sways. I’m not a huge Batman fan, and not even LEGO Batman could sway me, but if this what I think it is and the billionaire’s array of expensive and effective gadgets are innovative enough to use, I’m in.

The Legend of Zelda: A Link Between Worlds (November 22) 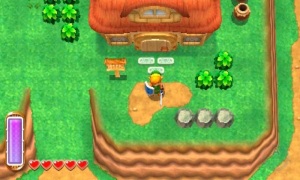 My love for A Link to the Past demands I get this and see what Nintendo has construed in this so-called sequel to one of the best SNES games of all time. I am worrisome in that it looks kind of…lazily designed, and by that I mean that the world looks like a simple update of graphics, but I guess there will be all new dungeons. I also don’t yet grok the whole “turn into a piece of wall art” element, but I want to give this a fair shake. It might be riding a bit too freely on nostalgia’s back though, if you get what I’m saying, and that would be a dang shame, but a new Zelda game is few and far between these days, so this is a must-buy regardless. 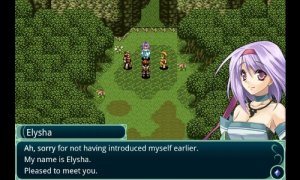 This Grinsia looks like some straight-up, old-school JRPGing, and I’m a-okay with that, especially since it’ll be a downloadable title from the eShop. Sounds like some treasure hunters looking for special relics or something like that. Isn’t that the plot in Wild Arms? No matter! Give me, give me, give me. 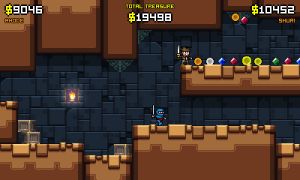 In Treasurenauts, which comes from the same team that made the delightfully challenging Mutant Mudds, your goal is to collect enough treasure to pay for an escape from a perilous, uncharted island. It is an action platformer, and when you get hit, your treasure explodes from your body like those gold rings when Sonic would land on spikes, and then you have to maddeningly hurry to collect all your jews. Here’s an early tip then: don’t get hit. It looks like quite a lot of fun despite the simple premise, and hopefully there is more to the gameplay than what I’ve seen in trailers so far.

And that’s all I can list for now, otherwise my wallet will just up itself from my pocket, flip me the bird, and run off into the Pennsylvania woods, to see if it is better off without me. Chances are it probably is.