Returning to The Legend of Legacy for map fulfillment 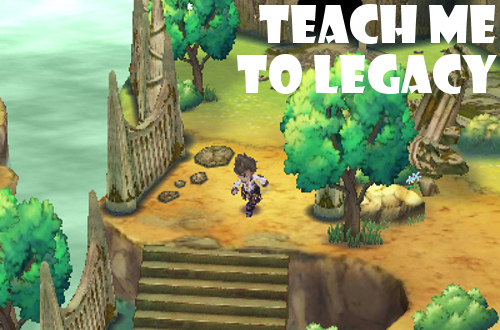 I procured a copy of The Legend of Legacy, which is not the most memorable of names when it comes to RPGs and part of me wants to keep writing it as Legend of Legaia, some time back in late 2015. I played for a few hours, but magically lost interest fast, which is a shame because, after returning to it recently for reasons that will be explained later, it’s a pretty good, if ultimately quirky, role-playing adventure with lots to do. Plus, it just oozes style, and I love things that are both stylish and oozy, such as EarthBound, the Suikoden series, and Dragon Quest Heroes: Rocket Slime.

Okay, here are some quick facts. The Legend of Legacy is a Japanese RPG for the Nintendo 3DS, developed by Cattle Call with assistance from Grezzo and FuRyu. The game was published in Japan by FuRyu in 2015 and later localized and published in North America by Atlus USA in 2015. The story takes place on the island of Avalon, where a bunch of adventurers meet up to explore the island’s mysteries. Gameplay focuses on exploring Avalon, fighting enemies via turn-based battles, increasing their abilities based on usage, and filling out maps. From a glance, the game seems inspired by things like SaGa Frontier and Final Fantasy IV. For some reason, I figured I never got around to writing about The Legend of Legacy, but evidently I already did so.

Story-wise, I’m not going to get into it. I didn’t really understand what was happening several years ago, and I know even less now. Sure, I could look up a detailed summary online, but that doesn’t interest me. This is a game of many pronouns, such as Elementals and Singing Shards, and magical gizmos to go after, and that’s all I really need to know. I’m more interested in seeing my team grow in strength, HP, and powers. The Legend of Legacy, in grand SaGa fashion, gives you a brief overview of what to expect and then tosses you to the wolves to figure the rest out yourself, and I mostly care about filling in maps and selling them for a high price. It’s quite satisfying.

There are seven lead protagonists to select from in The Legend of Legacy. There’s Meurs who can speak with Elementals, Bianca who has amnesia, the treasure hunter Liber, Garnet who firmly believes in her religion, the mercenary Owen, Eloise who is an alchemist in search of eternal youth, and Filmia, a frog prince that is in no way related to Chrono Trigger‘s frog Glenn. Ultimately, you can recruit the other six to you party along the way, but the story will focus on whoever you  ultimately chose. For what it is worth, I went with Meurs, who comes across as the classic sort of JRPG hero, and have been using Bianca and Garnet at his sides. They all use a bunch of swords and knives as their main weapons, but I am trying to branch out into other styles, in hopes of unlocking many more abilities and powers. When it comes to turn-based battling, the more options you have, the better.

So, why am I returning to The Legend of Legacy some three-ish years later? It’s because I recently got a copy of The Alliance Alive, which evidently is sort of a sequel to this game. Or, at the very least, carries over many of the core concepts. Also, the scenario was written by Yoshitaka Murayama, noted for his work on the Suikoden series–be still my heart. Yet, before I take on another large-as-heck RPG, despite juggling a bunch already at the moment, I thought I should at least go back to The Legend of Legacy and see if it could hook me for a bit more. It very well might, we’ll see. 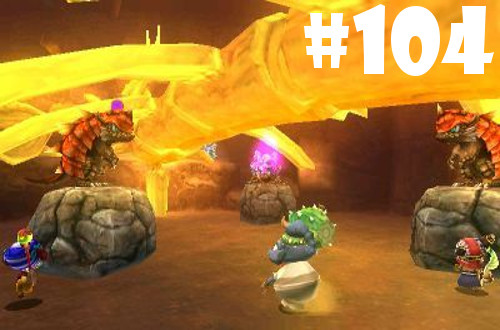 Ever Oasis, a refuge from the hardness of life

Ever Oasis comes to us from the studio Grezzo and is Koichi Ishii’s latest project, who you might know as the designer who created the Mana series of action, fantasy-based role-playing games, of which I’ve dabbled in Secret of Mana back on the SNES, own an untouched digital copy of the PlayStation 1’s Legend of Mana on my PlayStation 3, and have no further experience with any other games in the series. Boo to that, boo to me. Ishii is also tied to the creation of those adorable Chocobo and Moogle characters, and the Noots found in Ever Oasis, with their rotund figure, feathery eyebrows, and bouncy walks, are sure to become another beloved trademark. Any way you slice it, there’s pedigree here and a whole heap of ambition.

In Ever Oasis, you play as either Tethu or Tethi, a young seedling, who with the help of a water spirit named Esna creates an oasis after your brother’s oasis falls victim to the evil force known as Chaos. I went with Tethi and gave her purple skin. Your main goal is to find more residents that can help fight these Chaos creatures, as well as create a safe and functional oasis for all to live in. That often requires doing specific tasks for wannabe residents and, once they’re in, setting up shops, called bloom booths, for them to sell their wares and keeping those shops well-stocked. Alas, the story is cookie-cutter basic and far from ambitious, yet the character designs are fun and memorable, and seeing a new possible resident show up in your oasis is exciting, even if the most they can offer you is a fetch quest.

However, it’s not enough to build a new oasis in Ever Oasis. No, no, it has to be prosperous, absolutely perfect. You hit this goal by completing missions in dungeons and caves outside the oasis, in the dangerous desert. Players can form a party of up to three characters and battle a range of enemies possessed by Chaos, but more on that in a bit. Dungeons also contain puzzles and treasure chests full of materials needed to restock bloom booths. Shopkeepers with popular products produce dewadems, this realm’s strangely named currency, which you can spend on various things, like building more booths or crafting new weapons/bits of armor. Bloom booths can also be upgraded by re-stocking them and completing quests for their operators.

Something the Mana games all have in common that is also found in Ever Oasis is a seamless, real-time battle system. One nice option is the ability to switch between any of your three party members at any given time, providing options for weapons and abilities, though I have mostly stuck with Tethi. Combat is a mix of light strategy and button-mashing, with an emphasis on rolling away from an enemy’s attack. You yourself have a Normal Attack, a Special Attack, and unlock combos as you level up. Because you can’t move after landing an attack, you want to ensure you don’t leave yourself open for damage; thankfully, so far, all the encountered enemies have a tell just before they lunge at you, which allows you to time your rolls and keep your HP up. One nice bonus of maintaining a healthy and happy oasis is that your health, when out in dungeons, is extended because of this. As more people swarm to your oasis, it grows and levels up, providing you with new crafting recipes and more safety net HP.

There’s little bits and pieces of things I love very much in Ever Oasis, but they are currently not enough to get me jumping for joy. Like, you can plant seeds and assign an unemployed Seedling to tend to your crops, but this is no Stardew Valley or even Disney Magical World 2. The farming aspect seems ultra basic. You plant seeds, you can either spend dewadems to help them grow faster or not, and wait for them to grow. An oasis of loyal and almost-loyal Seedlings sounds lovely, but this is no Animal Crossing, as they don’t have much to say other than their initial questline and just sort of wander down the road aimlessly. Also, the menus are clean and fine, though I found the section on main quests to be lacking; I want to be able to select a quest as a priority over others and have it drop the necessary waypoints on my map screen or at least see how I’m progressing towards it.

I do worry that Ever Oasis will turn into a grind, something I’m beginning to see as I prepare to throw my first festival, which first requires obtaining a number of stamps from happy shopkeepers. I’ll keep at it for the near future because I simply cannot fall back down the wormhole that is upping my completion rate in Disney Magical World 2, which would basically require me to craft a ton of princess dresses and outfits for girls.