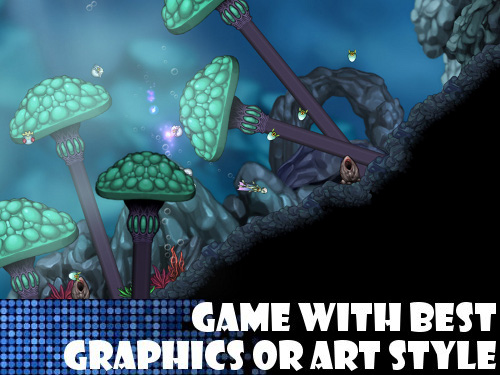 Gameplay always trumps graphics for me, but there are the occasional videogames where the graphics or art style simply just can’t be ignored. It almost gets in the way of whatever you’re trying to get character X to do, and you have to give in, take a hit, sit back and gaze upon the sweat and tears of artists and designers and visionaries alike.

In this generation of gaming, high-res graphics are pushing the boundaries of real and unreal, bringing in unbelievable lighting, textures, and movement. Those cars in the latest Gran Turismo games might as well be plucked right off some heavily raced and televised track; those plants and jungle bushes in Uncharted are covered in bugs, and you know it; those faces in L.A. Noire are true faces, skinned off their respective actors by sick-minded men like Dr. Hannibal Lector and tossed into the game to give you a realism unlike any you’ve previously seen. There’s a new level of game graphics, as well as a new horde of gamers demanding they get better and better. That’s cool and all, but I’m a firm believer that we’ve reached the peak–or a few feet from it–and that this is as good as it gets, which is fine because realistic graphics are not the be-all, end-all, and you just have to look at the indie gaming scene to see what can be done with less…or more creativity.

Games like Limbo, PixelJunk Shooter, Bit.Trip Void, and The Misadventures of P.B. Winterbottom all stand tall with stellar gameplay and a look to match it. Would Limbo have been as haunting as it was if you could actually read the little boy’s expressions? Most likely no. Would those quirky pie puzzles feel as quirky if it wasn’t for that silent films-esque presentation? But enough about those titles. Let’s get wet. 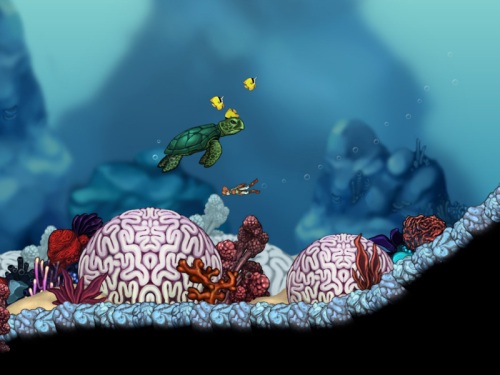 I think Aquaria has a fantastic look to it, nailing a world we honestly don’t know too much about and only get to glimpse sparingly through documentaries or movies or fascinating photos. Like in Finding Nemo, the scenes set underwater in the wild ocean where life is all colors and bubbles were a sight to behold. It’s so foreign and strange under the water, and yet it can be equally calming and uplifting, just floating in the blue, weightless, full of wonder. There are two men behind Aquaria, Derek Yu and Alec Holowka, and Yu was the lead artist. His work gives Aquaria a hand-drawn, storybook style, complimenting the 2D exploration gameplay. It looks gorgeous in screenshots, and then doubly in action. Loneliness is an important theme and feeling in the game; one certainly feels all by their lonesome when swimming gently through open waters or the kelp forest. Items are more detailed in the foreground, but blurry shadows and outlines of other structures in the background give off a great sense of scale. And brain coral never looked so brainy.

I do vow to return to Aquaria and Naija’s troubles someday, maybe a day when my Mac isn’t on the verge of breaking. At least for one more look at beauty in motion.