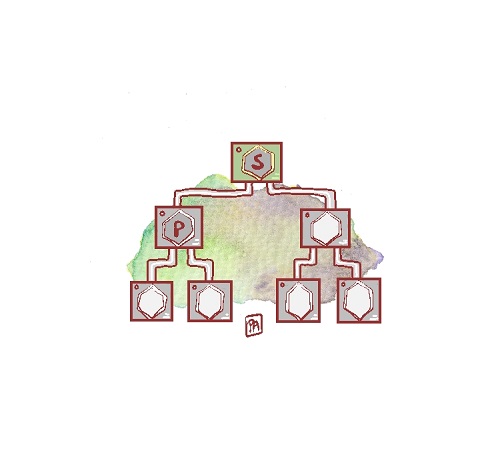 Death of a robot
Sparks an investigation
But first, logic gates 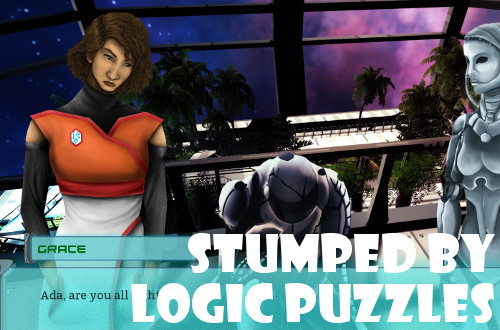 I’d like to think I’m not afraid to admit when I’m not good at something, but that’s probably not the case one hundred percent of the time. So, in that honor, here is a short list of activities and skills I can confidently say I absolutely stink at and you can silently judge me all you want from your side of the computer screen because that’s the Internet for you, all stares and snippy comments:

Now, it’s that last listed item there that plays a part in today’s blog post, which is all about ERROR: Human Not Found, a free point-and-click/visual novel adventure on Steam that examines that differences between humans and artificial intelligences. Certainly not breaking any new ground, and yet I continue to be unable to stay away from this subject matter, fascinated by the themes and characters in things like Battlestar Galactica, Ghost in the Shell, and Robert A. Heinlein’s The Moon Is a Harsh Mistress, to provide a few examples. I mean, as Black Mirror has rightfully and accurately predicted, we’re moving ever closer towards a technology-driven future, and it is going to be both sleek and shiny and bleak as hell. It’s best to start prepping for it now.

In ERROR: Human Not Found, you play as sassy Grace Fortran, a computer scientist stationed on the Noah Sphere, a space-based research station. There’s celebration to be had, what with the first artificial intelligence being successfully uploaded into the physical body of an android. Yahoo and wahoo. Alas, no time for cake and cheers just yet, as Grace must quickly move to clear her name in the mysterious death of this very AI who is murdered not twenty-four hours after the upload. She’ll have to work together with Ada, another AI body-bound, to search the station for clues, question suspects, and solve various computer-science related puzzles to get the job done. Grace will ultimately need to determine the fate of AIs while exploring their relationships with humans and the world at large, and it’s all pretty standard stuff, save for the hints that they might be better at running the government than the flesh-and-blood models.

This is interactive fiction, with a stronger emphasis on fiction than interactive. CelleC Games’ ERROR: Human Not Found is broken up into different chapters, and each one contains the same style of gameplay. You’ll have conversations with Ada and other members on the station, make a couple of dialogue choices, explore a limited environment (usually consisting of a couple of screens) for clues, and then take on a puzzle or two. Rinse and repeat until the story concludes, so long as you can get past the puzzles, which are, more or less, logic gates. I mean that both literally and figuratively. Now I was able to fudge my way through the bulk of them, guessing here and there, but the last one, which is based around binary code, stumped me for a bit, forcing me to walk away from the game for several nights. Then, because I can’t stand starting something and not seeing it through, I went back for one more hard, stubborn-drive swing, to finish this off.

Would you like to know how I solved the final computer science-themed puzzle? Well, for starters, I had The Descent: Part 2 on in the background, and let me tell you something…it’s a terrible sequel to a strong adventure horror film about a group of young women getting lost inside an unexplored cave and discovering a race of flesh-eating subterranean humanoids. It’s fine to listen to, but don’t waste your eyeballs on it. Instead, I had the game open in a window, as well as the notepad application, and I jotted down each successful attempt to match a number with the what-I’m-assuming is its respective binary code, because you only get so many tries. For instance, 8 is 1000 or 14 is 1110. Again, if you are currently salivating and ready to jump down my throat and call me stupid because this is so obvious to you, please remember that I started this post by being honest about the things I’m no good at, and this is one of them. The more I knew ahead of re-starting the puzzle, the further I got, and it took me ultimately six attempts to finish.

Evidently, there are three different endings to see in ERROR: Human Not Found. I’m fine with the one I got, though I can barely remember it now, some days later when typing up this post. I appreciated the game’s love for all things scientific and mathematics, with a number of nods at popular players in these fields, like Grace Hopper and Isaac Asimov. There’s even an exhaustive database full of profiles on these characters if you want to read more. However, I can neither recommend it to those looking for a story-driven game or something puzzle-y, as it doesn’t truly succeed in either of those departments.