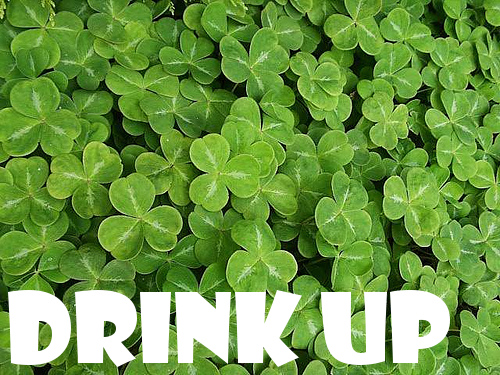 It’s St. Patty’s Day, and I’m terribly sad. There’s one less wonderful Irish lass celebrating in full on green today. In fact, I’m so terribly sad that I think I might need a drink after work is done. In honor of that statement, here’s some of my favorite videogame drinks. Chug away, my dear bros and brozettes!

Moonshine ON YOU CRAZY DIAMOND

To be honest, moonshine has never touched these innocent, hobbit lips of mine in real life. However, in Fallout 3, I pretty much do whatever I want, and sometimes I just want to get crazy drunk and go to town on some mutated natives with a shovel. Moonshine is the strongest alcohol the Lone Wanderer can guzzle in Fallout 3, and it raises charisma and strength by 2 points each while reducing intelligence by 2. Just like in true life. There’s also a good chance you’ll get addicted to it–but it’s worth it.

I’M SUCH A Caffeine

Basically, every single drink you can buy at the Delicious Cup is up my alley. Especially direct coffee. I’ve had four cups already today, with the possibility of three still to go. Sometimes, I even visit that depressingly empty bar (except on Saturday nights) in Animal Crossing just to have some java despite knowing it has absolutely zero effect on gameplay. Such is the life of an addict, I guess.

HOGWARTS IS FULL OF JUICEHEADS 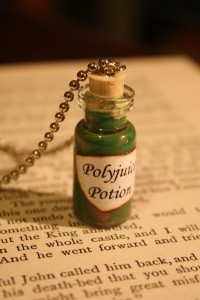 This was so much fun in LEGO Harry Potter: Years 1-4. Players had to gather a number of items and throw them into a cauldron bubbling with a disgusting green mess. Only after all items were gathered could they then transform into other people, and it wasn’t just for show and tell–sometimes it took a special someone to get past locked doors. Wish I could turn into someone else right about now. Spoiler: it’s Hagrid. I wish I was Hagrid. 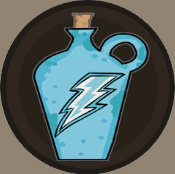 Looks like lightning can strike twice, or at least it does in Penny Arcade Adventures: On the Rain-Slick Precipice of Darkness, Episode One (whew!). With this bottle of zip and zap, your character’s speed is enhanced by 50%. Krrwhack!

Blood…featured strongly in every vampire game ever created. A vamp’s gonna do what a vamp’s gotta do. Personally, I dislike the taste. Too irony.

Hey, it’s water. Most of us drink this in true life, and it’s equally delicious in the Capital Wasteland/Mojave Wasteland. Especially if you can find purified water because, no doubt, it tastes much better when free of radiation. Also helps wash those crunchy squirrel bits down. Otherwise, dirty water it is, and yes, I’ve drank from broken seats to stay alive. Wouldn’t you? Lots of other games feature water as a main way of healing: Prince of Persia: The Two Thrones, Pokemon White/Black, Harvest Moon, and Dark Cloud, to name a few.

Yeah, this has been a weird post, I know. Like I mentioned earlier, I need a drink. Ugh…