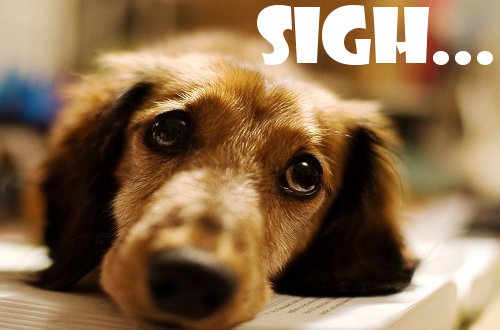 Actually, I played and beat a lot of games this year, somewhere around 73 according to my well-kept list. That’s my highest count yet since I started keeping tabs. Many of those games were from last year, years past, or tiny indie darlings. I did get to a few titles that came out this year, such as Transistor, Diablo III: Reaper of Souls, and Fantasy Life, to name a few, but as things often go, I missed out on a big chunk of the heavy-hitters.

Truth be told, this is one of my favorite lists to put together at the end of the year. Sure, it can seem like a bummer to miss out on some of these, but I’m a patient man and will get to some of them in due time. Or maybe not ever, given that Red Dead Redemption showed up on these lists a few times in a row, and I’ve still not ridden a horse to Mexico. My bad.

And for those curious to see how this feature ran in the past, here’s a bullet list:

Remember, this is a list of games I didn’t play that, if I had the time, money, and chance to, would totally play. Just putting that out there if you’re wondering why Call of Duty: Advanced Warfare or Titanfall isn’t showing up below. I don’t want to touch those, not even with a ten-foot pole. Your thoughts and mileage may vary.

Hmm. I really like Borderlands II and the idea of a loot-driven first-person shooter. Shoot things with guns, get cooler guns, do it all again. That’s perfectly fine. While the Borderlands series might not have the most illuminating or powerful story, it at least has a story, with characters and twists and resolutions. Sounds like Destiny doesn’t, which is scary, given Bungie’s plan for ten years worth of content. I don’t know. It looks pretty, but I’m a solo player, and a lot of the later game content is slanted towards group play.

Another year, another new Assassin’s Creed game to slip past me in the crowds while perfectly pilfering my purse. Based on reviews and fan feedback, neither of these two titles sounded all that great, riddled with bugs and repetition. Still sounds like Assassin’s Creed IV: Black Flag has been the series high point. That said, this year, I did finally start playing Assassin’s Creed II and am enjoying it very much, though I wish the feathers showed up on the map. Collecting is hard.

Visually pretty RPGs make my knees buckle, but I never got around to trying Ubisoft’s take on the genre. Heard some complaints about the rhyming mechanics and the lackluster combat, but I can see past that for its watercolor painting graphics. It came out on a bunch of platforms, too, though I feel like this might be a good one to grab on sale sometime next year. Until then, Child of Light…

Instead of playing Divinity: Original Sin this summer, I dabbled in The Temple of Elemental Evil. It was decent fun, but not the same. Hoping to see the newer, better CRPG pop up in some bundles next year. 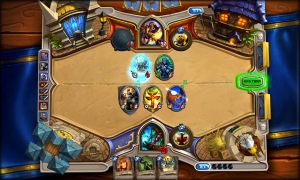 Generally, if I can’t play a specific game or have trouble gaining access to it, I’ll search out a similar experience elsewhere. See above with Divinity: Original Sin. For Hearthstone, a card game everyone was gaga over this year in the same vein as Minecraft a few years back, I just never got to play it. I don’t have an iPhone or iPad, but I did discover Might & Magic: Duel of Champions, which is a lot of fun. Maybe next year I can try this and say “Job’s done!” myself.

Remember in the blurb under Destiny where I said I really liked Borderlands II? Well, that’s true. I really liked it. I still like it. I’m still playing it. And so I’m not ready to move over yet to another game that is very similar save for a different setting and an oxygen mechanic. Sounds like there is some collection coming for the series, and it would be awesome to see Borderlands, Borderlands II, and Borderlands: The Pre-Sequel all together, bundled with every bit of DLC that’s ever been made for the series. One can dream, I know.

Here’s the thing. While I did not play the full retail release for Bravely Default: Flying Fairy, I did get to try out the special demo put out a few weeks before the game dropped. It’s fun and gorgeous and a modern take on the older style of Final Fantasy games. I meant to pick up a retail copy, but never did. And then a few weeks ago, I had to remove the demo from my 3DS to save space and make room for important things, like new puzzle pieces and themes.

An old-school action platform where you hop around on your shovel like Scrooge did his cane in DuckTales. I really shouldn’t have to write any more to sell you on the title, and I’m very sad I never got around to this. Think it would be perfect to play on my 3DS, so maybe some Christmas money can help with that plan. 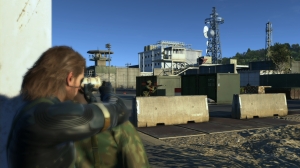 One of my goals for this year was to play through every Metal Gear game in order of release. I got all the way through Metal Gear Solid 2: Sons of Liberty. Still, a pretty good effort. I won’t be able to try out Ground Zeroes, purported to be the Metal Gear game with the best controls yet, until I finish a few others ahead of it. Hopefully by the time I get to it I can play it like a prologue to The Phantom Pain. Fans believe we’ll hear the release date for that one in just a few days, on Christmas, a gift worth unwrapping violently.

All right, here’s the big one. A Lord of the Rings game, and I didn’t play it. I try out just about every title I can. Yup, even Aragorn’s Quest. Yes, even The Fellowship of the Ring on the PlayStation 2 despite its terrible grammatical errors. That said, the reason one plays Shadow of Mordor is to experience the Nemesis system, which is deep and complicated and cool; however, the last-gen versions of the game have the Nemesis system removed due to limitations, leaving behind a more hollow product. My laptop certainly can’t run a game like this, so I will have to wait until the day I get a new-gen console, which won’t happen until I also know when Fallout 4 is definitely coming out. Sigh. This one hurts the most.

Right. That’s my list. Those are ten games I wanted to play, but ten games I didn’t get to play. Boo-hoo. What titles did you miss out on this year? Speak up in the comments below, and may you get to everything you want to in the next, new year! Until we meet again, dear Grinding Down readers.