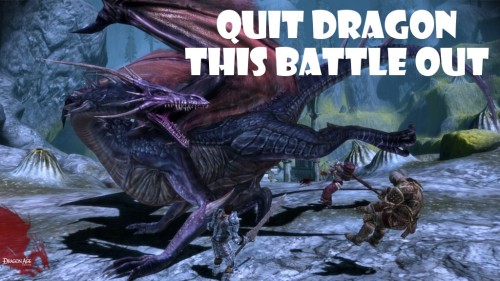 Let’s talk about this Achievement I unlocked last night from Dragon Age: Origins, with some light spoilers:

So, the Urn of Sacred Ashes quest is one of the major story-driven quests you can take on whenever you want once you’ve completed the shitstorm at Ostagar. I ended up doing it as my second quest after handling things at Redcliffe, and various forum posters frequently mentioned TO NOT RING THE GONG ON THE MOUNTAIN TOP UNLESS YOU ARE READY FOR A CRAZY BATTLE. I’m paraphrasing there, but the all caps aspect is 100% true. Hmm okay. So I didn’t ring said gong, as I was just a very low level at the time (and playing on Normal difficulty), and then completely forgot about that cutscene where the dragon flew overhead and roared. However, I still got the Urn of Sacred Ashes so…uh, the dragon kind of failed that “guarding” part. Oh well.

But after the Landsmeet, you’re basically told to do anything else you want to do because once you head to Redcliffe again, you’ll be entering the point of no return. Eep. So, last night, I instead ran around to do some more sidequests sitting idle in my questlog, and then remembered the gong. Seeing as my mage was a level 18, and Shale, Alistair, and Morrigan were level 17s, I figured we had a decent shot of taking down a dragon.

And we did, obviously, but it was still a pretty grueling battle. I can only imagine that frustration and heartbreak one might feel taking this dragon on too early in the game. There’s some really great animation work here though, which I hadn’t seen a lot of before because it’s mostly been fights with small-time enemies like bandits, darkspawn, and wolves. The coolest part of the battle happened at the end when Alistair (who I was not controlling) leaped atop the dragon’s head and swung deep with his electrified axe, striking the killing blow. Not sure if that’s scripted or not, but either way, it made the win all the more awesome.

Got some killer loot, too.

With this done, there’s nothing else so major that I want to do before heading for No Return City. Lots of sidequests are still incomplete, but none of them interest me currently, and a couple are based in Redcliffe, meaning…they are impossible to finish at this stage. Woo. So I’m gonna gather my army, try and smooch Leliana one last time, and make a final stand against the darkspawn. For Ferelden!