Readying myself for the Elite Four in Pokemon White 2 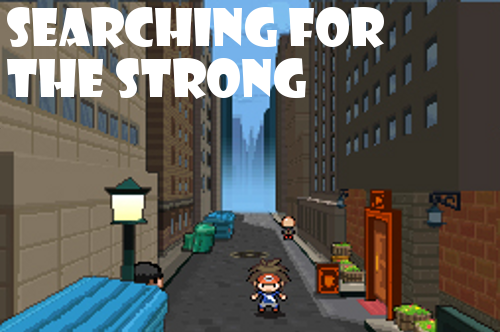 If you’ll recall, I finally, after stuffing myself full for the time being from the daily puzzle buffet that is Professor Layton and the Miracle Mask‘s bonus features, removed the cartridge from my Nintendo 3DS and replaced it with…well, at the time, I wasn’t exactly sure. There were many choices. But I can now say I settled on Pokemon White 2, as I was fairly close to the “end” when I last left off, having finished the eight main gyms, but still doing story-related stuff before moving on to the Pokemon League and taking on those dastardly Elite Four.

Well, that story-related stuff, which involved rescuing Hugh’s stolen Purrloin  and and fighting the legendary White Kyurem from threatening the realm and some other points that I kind of glossed over because, well, this is a Pokemon videogame, not the latest and greatest China Miéville novel, is now done, and I’ve crawled through Victory Road, finding myself and my small team of pocket monsters on the Elite Four’s doorstep. However, I don’t believe I’m ready for them just yet. Truth be told, I don’t even remember how I was able to beat them in Pokemon HeartGold. I couldn’t get through them in the previous Pokemon White, where the only solution seems to be grinding, which I won’t do now that I’m on the sequel.

The problem is, as always, I have four very powerful Pokemon on team, one spot-filler, and then an empty spot altogether. Not the most balanced party. For the Elite Four, which you have to fight one after the other with the only chance to heal up and recover taken from items, I need all six Pokemon on my team to be in great shape. Here’s what I’m rocking currently:

And that’s it. I have a low-leveled bird Pokemon as a spot-filler who I dumped both Fly and Surf on to help get around the map faster, but it’s no fighter. Now, I was able to get Genesect so high at a much faster rate due to two tricks: one, since I got him as a special download from GameStop or whatever, he is considered “traded” and thus gains bonus EXP from each fight and two, I gave him the EXP Share item to hold so that he is constantly gaining the stuff. I’ll probably take that item away from him and put it on either Hamstring or Akion to help get them up into the high 50s or low 60s.

But now I’m not certain who I should get for the final two spots. I have the following types covered from my main four: Fire, Fighting, Rock, Psychic, Bug, and Steel. Some websites suggest a Ghost type, like Chandelure, or creating a special Eevee through evolution. I’m kind of looking for a faster solution, maybe a decently leveled wild Pokemon that I can capture via a Pokeball that can still be useful. If you happen to know of a good one, please let me know. I doubt I can take on the Pokemon League with just the above four, and it seems like you really only gain access to better Pokemon and legendary types once you beat the game, which helps me not.

Hmm…maybe I should look into how to transfer previously caught Pokemon in other games, like Pokemon White, as I’d love to get Garbodor (nicknamed Trashy) into the action, as well as Victini (nicknamed Snape) and Serperior (nicknamed Snape); so far, after thirty-some hours, I’ve only ever come across one or two Garbodor, and they were being used by Trainers so I couldn’t steal them away for myself. The nerve. I love me some trash monsters. Hopefully it’s not a complicated process, but I suspect it just might be. Will report back.