Friendly fire is not be tolerated in Battlefield 3, so they say 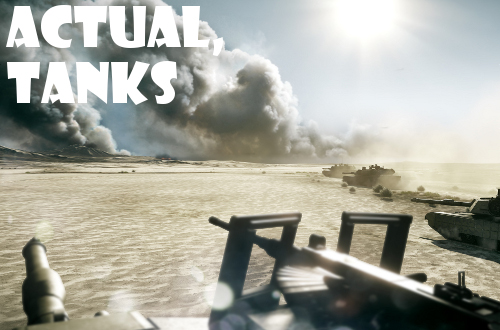 When it comes to war-based videogames, I’ve always kept my distance. This is a twofer: a severe disinterest in using a digital gun modeled after a real-life version and shooting a digital person modeled after a real-life counterpart, and stories that all seem to blend together, usually constructed around the ideas of straight-up terrorism and accented patriotism. It’s not that I don’t love the country I live in, it’s just that I don’t love it enough to want to blast open someone’s face with an M16A4 and then high-five my buddy and toss back a beer.

In all honesty, I can count the number of interactions I’ve had with war-based videogames on a single hand. First, I once dabbled in Battlefield 1942 back in my summers off during the college days, as a friend then constantly had it running at his house, and all you ever had to do was sit down in front of the computer and start playing. I was never any good, but we always had a laugh when trying to fly a plane only to end up crashing three seconds after takeoff. Think I also watched some friends play SOCOM. Then there was that time I tried out the demo for…um, it was a Call of Duty game on the Xbox 360, but I really don’t remember which one. There was snow and falling in snow and maybe infiltrating an airbase of some kind. Maybe Modern Warfare 2? And my third dip into the political warfare pool has been with Battlefield 3, given out for free the other month to PlayStation Plus members.

I found it to be a mindless, but educational experience. As well as reconfirming. Battlefield 3‘s single-player campaign is both traditional and not; the story it tells is generic “save the world from the bad guys” stuff, with you know who playing their respective roles, but its narrative structure will toss your mind overboard. You begin at the end, playing as Staff Sergeant Henry Blackburn in hot pursuit of a man behind some terrorist attacks. However, you then hop back to eight months before all this goes down, investigating a possible improvised explosive device in Sulaymaniyah, Iraqi Kurdistan. Things happen from there, and eventually you end up playing as a couple other characters, some shadier than others: Sgt. Jonathan “Jono” Miller, a M1 Abrams tank operator deployed in Tehran; Lt. Jennifer “Wedge” Colby Hawkins, an F/A-18F Super Hornet Weapon Systems Officer; and Dimitri “Dima” Mayakovsky, a Russian GRU operative. These side stories all eventually form a bigger picture. Levels are varied in location and objective, but more or less, other than driving a tank or flying a Super Hornet, you are running down a corridor, shooting enemies until they fall down.

So, the biggest thing I learned from my short time with Battlefield 3, and probably all other realistic-looking first-person shooters, is that I would make a terrible soldier. Now, it is common knowledge that my eyesight is worsening every day, but I got new glasses last year, upping my ability to see things father away much clearer. However, in a game with super realistic graphics and lighting and a lot of shadows, I had a hard time deciphering friend from enemy, often shooting a team member thinking they were evil. When you shoot a friendly person, a message pops up: FRIENDLY FIRE WILL NOT BE TOLERATED! This would alert me to my mistake, and I’d target somebody else. Further down in the mission, I’d get the message again. Rinse, shampoo, lather, whatever…and so on. Evidently, if you cause too much friendly fire damage, you’ll fail the mission, but I was never that consistent. To me, it felt like a warning that was never acted upon. That said, I’m glad I was allowed to get by with so many blind bullet mistakes because otherwise I might never have made it out of those darker levels.

Oh, and I’m not afraid to admit it: I played the game on Easy difficulty. That’s what it defaulted to, and so I kept it. Considering how fast you lose health and can frak a mission, I doubt I’d have gotten very far on a higher difficulty. I’ve not yet–and probably never will–touched the multiplayer aspect of Battlefield 3. Some wars just can’t be won.

Yes, people. This is what chaos looks like. Enjoy this list of game titles with the number 2 at the end… 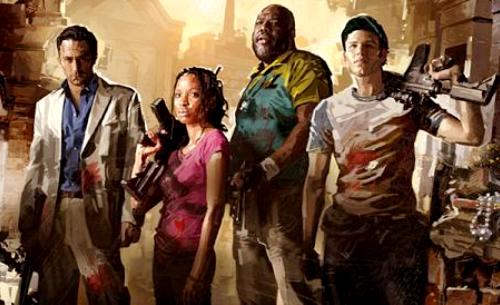 I’m no good at shooters. I’m just as no good at horror games where the littlest of things make me jump. Hence, I was never meant to excel at shooting frenetic zombies, and this sequel looks to be more of the same. 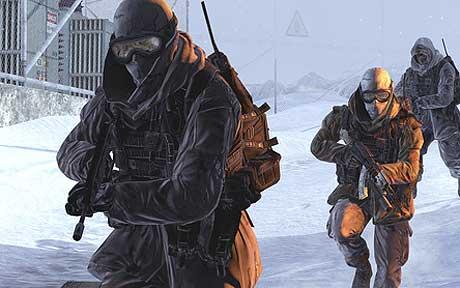 Oh hey, look! Another shooter where you shoot things…just like you did in that first game where you shot things! 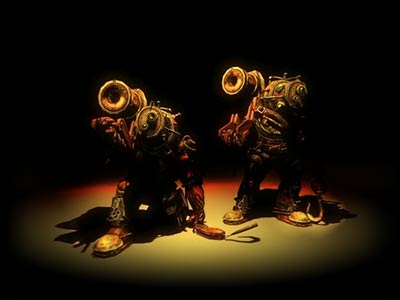 I’m still late to the party when it concerns Bioshock, which is a story-driven adventure, a solo game, all about immersion. Seems like the sequel is adding in multiplayer…why? Because that’s what people demand now in every game? Seems forced. 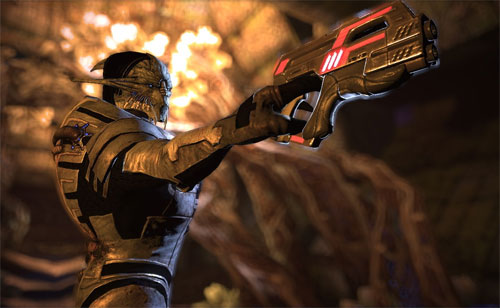 I’ll admit that I greatly enjoyed Mass Effect though I’ve only been able to play through it once despite its design for multiple run-throughs. Truthfully, the storyline isn’t that captivating nor does it differ terribly based on who I play as and how I play them. That’s pretty much going to be the same with Mass Effect 2 and rumor has it Shepherd is biting it in this murky middle. Meh. 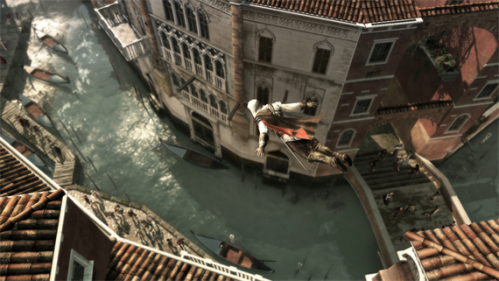 Repetition, repetition, repetition. Good for learning a new language, horrible for a videogame. And this is something that Assassin’s Creed suffered from greatly. Switching scenery might fool me at first, and giving Altair the power to, y’know, swim is nice, but I get the feeling that this one will not have learned from its mistakes and will just be more climbing, more running, and more stealth kills. Plus, I’m still totally bitter about the first game’s “ending”…

And there you have it. Feel free to argue, but it’s pointless. These are games I’m not interested in; your wants and desires will surely vary.