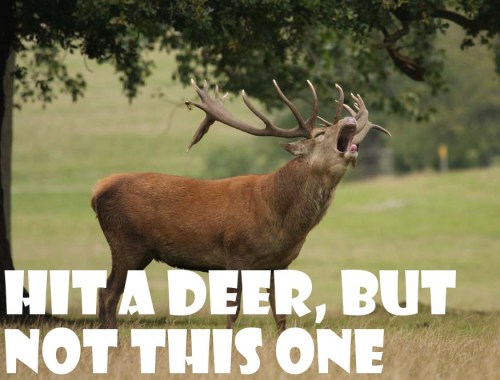 Last week, two days before Thanksgiving and hosting the food-centric holiday at our Grimmauld Place for the very first time, I hit a deer with my car. Now, first things first–the deer was already dead, left in the middle of the road like a lost shoe. Hitting a dead deer is, I’m assuming, better than hitting a live one, but the end result was the same, with my car going a bit down the road before overheating and then failing entirely. Had to have it towed to a repair shop, where it is still sitting until an estimator from my insurance policy can take a look at it. With this happening days before a big holiday break, nothing got worked on until starting yesterday, so I was a depressed, anxious man-boy, with plenty of time to worry. So I filled that time up with videogames, to keep the bad thoughts at bay.

First, without even knowing how much this car stuff is going to cost me in the end, I purchased the latest package from Humble Indie Bundle. It’s called The Humble Introversion Bundle, and contains these British gems: Uplink, Darwinia, Multiwinia, and DEFCON. If you paid more than the average price at the time of purchase, you also got Aquaria and Crayon Physics Deluxe, but I already own those games thank to previous bundles so I went the cheapskate route. I paid $2.00 for it, and I do not feel guilty one bit.

Y’all should already know that I then downloaded Metroid II: Return of Samus for my Nintendo 3DS right after a full day of being full.

After that, an email from OnLive was like a warm, sushi-scented hug. To start, I originally signed up with the “play the hottest games via broadband” company to get a free version of Amnesia: The Dark Descent way back in…well, I don’t remember. It’s not important. I’m always trying to remember specific dates and times, when they are more than definitely not vital to the story, a trait passed on to me from my father. Will work on that. Anyways, they were having a crazy weekend of deals, letting users play Homefront and Red Faction: Armageddon for free for 72 hours, and allowing new customers to buy a single game for $1.00. Yes, one dollar. Any game they had. Like, uh, you want Saints Row: The Third? ONE DOLLAR. You want L.A. Noire? ONE DOLLAR. I wanted Lord of the Rings: War in the North? ONE SHINY DOLLAR. It’s a little befuddling, but whatever; I charged my e-dollar and started playing LOTR: WITN with extreme glee and an Xbox 360 controller instead of keyboard/mouse. The only downfall of OnLive is that they expect you to be hooked directly into your router, whereas I was on a Mac using WiFi, which definitely caused some hiccups here and there. But for a dollar, that’s a moot complaint.

The remainder of Black Friday was spent over at my brother-in-law’s house, where a group of four soldiers made a dent in Super Mario Bros.: The Lost Levels. I can’t remember the exact worlds, but it was something like 3-1 to 4-3. Crazy hard stuff, but a fun time ultimately. Especially when three of us just plain gave up and sat watching Sean keep on keeping on. He deserves a lot of the credit, truly. We also played some football on the Wii, which is always a ridiculous affair.

Yesterday, on Cyber Monday, I started getting sad again. I started thinking about my car and money and wads of money with wings flying away from me as I chased it all right off a cliff that emptied into a roaring sea. So when I saw that Microsoft was having a sale via Xbox Live, I purchased some points and bought some more games and add-ons. Namely, these suckers: Beyond Good & Evil HD, Dungeons & Dragons: Daggerdale, and the final two DLC cases for L.A. Noire. With 130 MP to spare. Not like I can do much with that amount, but whatever.

Oh, and I just got emailed that those who purchased The Humble Introversion Bundle were now getting Dungeons of Dredmor. Another game to play.

So yeah, that’s a lot of new games over a short span of days. I’ve only really skimmed the surfaces on ’em, as time was also devoted to The Elder Scrolls V: Skyrim, LEGO Harry Potter 2, and some IRL Magic: The Gathering. I’m still without my car, though a rental has been acquired, but until I can know for certain what is happening and what I’m responsible for, I’m going to continue to fret–internally, mind you–and the best way to push it all back is with videogames. Lots and lots of videogames. If you guessed that I use ’em as a means of pure escapism, then this Grinding Down post is your best piece of proof.