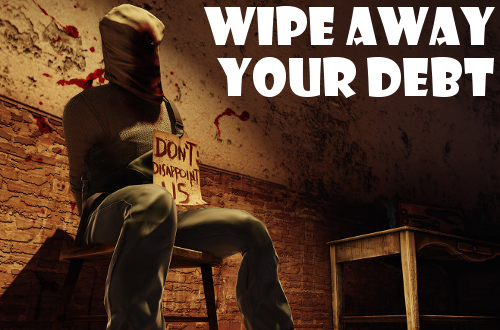 In this post over yonder, I said I had beaten 73 games in total for all of 2014. I wrote that because it was true and, at that time, I hadn’t expected to complete anything else during the madness of Christmas and traveling and New Year’s Eve hijinks. Surprisingly, I was able to sneak in one more game before that big disco ball dropped in Times Square and Terry Crews took his shirt off to flex his chest muscles, clearly making Carson Daly uncomfortable; I really should’ve been watching The Twilight Zone‘s “Midnight Sun” at that exact moment, but it wasn’t my place, my television set.

Here’s the truth. Ever since I rushed through and beat BioShock Infinite in early 2013, I’ve wanted to replay it. Not on a higher difficulty or with a plan to use the Huntsman Carbine more over the Paddywhacker Hand Cannon or even to nab some missed Achievements, but just to experience it again. At a slower pace. A gentler walk through this strange yet familiar land–when obviously not in a skirmish or zipping along the skyhook tracks–to absorb every last sign, poster, painting, smeared blood writing, and hung piece of Columbia propaganda. There was a lot of talk happening and surrounding Ken Levine’s darling during its initial release, and I was shockingly interested (pun intended) in being invested in these dialogues, which meant hurrying through the game to get to its muddled ending. That way I too could have trouble comprehending it for a few days, along with seemingly everybody else. The word zeitgeist would probably work here.

Even at around 12 hours on the Normal difficulty, I’d say that BioShock Infinite is still too short of an experience and needs more time to open up for exploration and reflection, not more unsatisfying and rarely rewarding skirmishes. The shooting/Vigors-lead action is merely filler, a buffer between Booker looking at something interesting and finding something even more interesting to gawk at. Namely, a story beat. If there are any parts that I continued to rush through, it was blasting people in their faces with crows and then taking them out with a shotgun, though tossing people off the world later near the end of all things with the water stream spell was, admittedly, pretty enjoyable, but maybe that’s because it is a quicker and quieter kill than loading them up with bullets. The combat and violence constantly feels shoehorned; please explain to me again why equipping this hat helps me do better melee damage with the skyhook.

Anyways…it’s 1912, and Booker is trapped in a flying, floating city built on racism, heavy religious undertones, and American exceptionalism. Think about that for a bit. Try to name another game that uses those pillars as foundation for its game’s world; I’m struggling to think of many. Because of this, everything you see and hear is slimy, tinted with a second coating of meaning. That poster might seem positive, cheering on so-and-so, but it’s actually deeply dark, labeling people of color and the Irish as barely human. This is a place bursting with warm sunlight, children playing in the streets, and astonishing views that also harbors a disgusting, contagious sickness, the kind that poisons a community and changes it for the worst.

You’ll get a decent amount of this if you follow the main path, but searching out every nook is where the world truly comes to life, like examining the difference between upper-class and lower-class bathrooms, spaces you are never forced to visit for plot purposes. Hold on. Let me tell you about a really small, special moment I discovered, something I missed during that first sprint through in 2013. In fact, it’s easily missed if you begin shooting too soon in this specific area, as doing so scares away all the NPCs. Right, well…while exploring around Soldier’s Field, near a carousel, I discovered a young black man smoking a cigarette just behind a building, clearly in hiding. The man asks Booker to not tell on him, and Booker is friendly, promising his secret is safe.

In a game fueled by racism and racists, many of whom want to physically harm the player, it is a little strange to not hear Booker be more vocal about his opinions. I mean, he comments on mostly everything else around him. Like giant, mechanical bird-guardians. One gets the feeling he’s not 100% on board with how Columbia operates, but he also doesn’t openly condone it. Early on, during the lottery sequence, you do a QTE that boils down to a choice: throw the baseball at an interracial couple or throw the baseball at the announcer. Either pick results in the same story moving forward, but if you spared the couple some pain, you’ll run into them later and collect a piece of unique equipment. Booker doesn’t decide this; you decide for him, but it’s a rare moment of choice. Later, when Elizabeth’s sheltered innocence asks why one bathroom is for colors and the other for whites, Booker replies “It just is,” and keeps on moving. You don’t get to decide that he goes on a tirade, forcing everyone to swap thrones and be nice to each other for the good of all humankind.

Once again, I tried to find all the Voxophone audio logs and telescopes/Kinetoscopes without a guide, but missed a few by the end. A shame as some of the better and more interesting story bits are hidden away in these, like how Fink Manufacturing operates or what’s the deal with the Lutece twins. Pretty sure I hit the same numbers as my first go, which is funny, but I guess I walk the path I walk and look where I look. I suspect that you can get to a few hidden areas via the skyhook rails. I ended up using the same weapons/Vigor combos as before, relying way too much on the bronco one to lift enemies in the air and then a pistol to take ’em down. It was always a straight line to end combat as fast as possible, which meant always opening a tear to a gun turret over a Mosquito or mechanized robot-warrior.

Alas, after two full playthroughs, I still can’t tell if BioShock Infinite is the bird or the cage, but it remains an undeniably interesting audio/visual treat set in a genuinely unique world, a gorgeous walking simulator constantly sidetracked by racist goons and crank gun-wielding George Washingtons trying to blast holes in your chest. I’ll probably play it for a third time later this year, and I don’t know why. It just is.