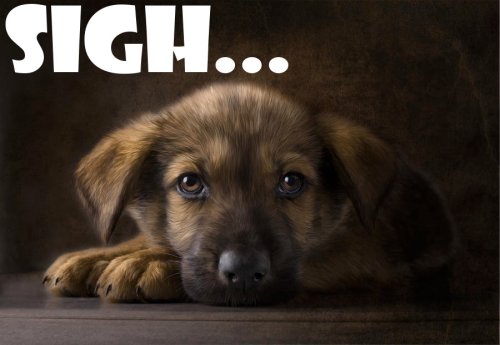 I did this type of list last year–and by last year, I mean 2010–and to say that it was well received is me being honestly humble; The Top 10 Games I Didn’t Get to Play in 2010 ended up gracing the home page of WordPress.com for a week and change, meaning that anyone and everyone visiting the site saw an adorable puppy with sad eyes drawing them into a post about missing out on a bunch of popular videogames. And it got looked at. A lot. Around 15,200 views and over 140 comments in just a few days, a high majority of them from really nice commenters, too. Thanks, WordPress people! We’ll see if I can bottle magic for a second time.

He may be the hope that flies through the night sky in black, but he’s also unplayed. Same with the previous game Batman: Arkham Asylum. The game(s) seem really cool, with a mix of action, stealth, and as many cameos the devs can squeeze in, but I’ve somehow managed to avoid all things batty. Not on purpose. I like Batman much more than Superman (but less than Spider-Man). Maybe I’ll grab one of these in 2012 to help get in the mood for The Dark Knight Rises. 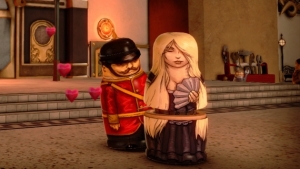 I like weird games, mostly because weird games take chances, thus earning the adjective of being weird. Stacking seems like a weird game, which is why it is intriguing to me. Plus, the way the characters hop around the world reminds me a little of how I design my Supertown and All of Westeros characters, even though those in Stacking do have arms, legs, noses, and ears. Good for them. The price tag (1200 MS Points) for this downloadable has always kept me at bay so I’m hoping for a sale sometime soon.

Here’s probably the first (and last) Aliens game I’m interested in. The goal is shooting alien creatures without remorse, and this objective plays out in a Metroidvania way, with a unique hook of main characters being totally and completely killable. You literally have X number of lives to beat the game, I guess. There’s some gorgeous spritework here, and the level design is ripe for exploration. Alas, I don’t know much about the source material, as I’ve only ever seen one film from the franchise, and I couldn’t tell you if it was Alien or Aliens, but it did have a robot at the end bleeding milk all over the place, but I’m a sucker for anything that shows its love for side-scrolling pilgrimages and does it well.

I have a strange relationship with American McGee’s Alice; that’s a game that I actually played co-op with a girlfriend even though it was not a co-op game. She controlled the moving of Alice, and I used items and weapons from the other side of the keyboard. It was a disastrous time, and we rarely worked well together, but it was one of the few games she ever became interested in, and was adamant about us playing it together. Ah, young affection. What a farce.

And so that game has been stuck in my being ever since, evoking a time I’d like to not go back to. However, Alice’s next journey in Alice: Madness Returns looks like fun, maybe even darker than before if that’s possible. The game got mediocre reviews, but I’m more interested in just going at it all by my lonesome. 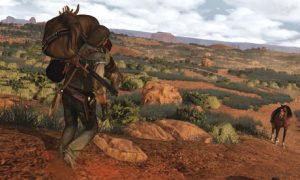 Here’s a game that was also on my 2010 list, meaning a whole year went by and I’ve still not been able to ride a horse, skin a bear, and shoot a unruly vagrant. I want to, I really do, and I was close to purchasing the Game of the Year edition, which nicely collects all the many DLC packs into one package, but instead went with Mass Effect 2. I still don’t love Grand Theft Auto IV, but I named L.A. Noire as my game of the year, and have hopes that Red Dead Redemption is more like the latter and less like the former. Yeah, yeah, I know people refer to it as Grand Theft Horse, but maybe there’s more to it than that. Or maybe you’ll see this title on yet another edition of this list come the end of 2012. 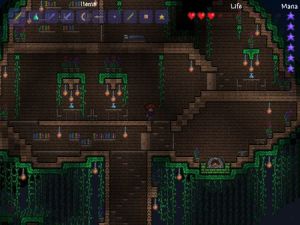 This year, I was able to give Minecraft a spin thanks to a free, limited-time copy with the purchase of one of the Humble Indie Bundles. I struggled at first, both with what the point of the game was and then also surviving the darkness, but that was enough for me until it comes out on the Xbox 360. Terraria is seemingly Minecraft’s cousin, but it only works on a PC, and since I use a Mac…well, you do the math. The graphics and slower gameplay seem more appealing to me than that in Minecraft, but it’ll have to wait until I can get a new pooter.

True fact: I totally skipped Assassin’s Creed II and went straight to Assassin’s Creed: Brotherhood, and I’m totally at peace with that. Why? Well, AC:B turned out to be simply fantastic. A strong story, lots to do in a well-designed setting, and a unique take on online multiplayer stabbing. Though Ubisoft might be spitting out these games a little too fast, Assassin’s Creed: Revelations seems to be more of AC:B, and I’ve heard that the changes to online multiplayer are significant. I’ve held back because I’ve heard that for a game with revelations in its title, there is actually little to that point. Going to wait until the price drops down to $30 or so, me thinks. 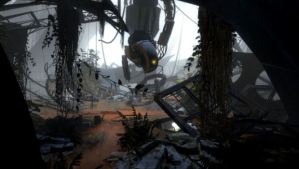 So, 2011 was the year that I caught up with the world and played–and beat with minimal walkthrough assistance–Portal. Yeah, go me. However, I did struggle with a few puzzles, almost to the point of blunt frustration, and that’s been the biggest roadblock for Portal 2; I’m interested in the story and learning more about Aperture Science and their ultimate plans, but not having to deal with the mind-benders and brain-twisters to get there. Sure, I could read a wiki or watch videos online, but that’s just silly. Alas, I kinda doubt I’ll ever get to this one.

Without a doubt, Kirby is Nintendo’s lab experiment. When they want to try something new or risky or off-the-wall, they just use Kirby as the flagship. Over the years, he’s been turned into yarn, forced to ride a rainbow, and also enter air kart races. His latest adventure on the DS (not the 3DS, mind you) involves clones. Kirby Mass Attack retains the look of those classic Kirby game, but throws in new puzzles solvable with multiple Kirby copies, and it’s all controlled with the touchscreen. This one was released right around the same time as Professor Layton and the Last Specter, and I only had enough funds to get one or the other, and so it’ll have to wait for a later date.

1. The Legend of Zelda: Skyward Sword

The last great game for the Nintendo Wii. At least that’s what journalistic people are saying about The Legend of Zelda: Skyward Sword, and I’m sure they are right as there definitely doesn’t seem to be anything else in the pipeline before the dumbly-named Wii U drops. And there’s always reason to be excited for a new Zelda game, but I still struggle with the idea of actually playing this on a Wii, with a Wii controller, doing Wii-like things. Visually, it’s so pretty. Like a painting come to life. It also sounds like a mighty slow crawl for those first few hours. Going to hold off for now and wait until it drops in price, but who knows how long that could take.

Well, I think that’s it.

Other contenders that I didn’t play and didn’t make this list include Solatorobo: Red the Hunter, Dead Island, Dragon Quest VI: Realms of Revelation, Lost in Shadow, and Rayman: Origins. Yeah, I got some things to catch up on. We’ll get there, surely. But what about you, dear readers? What games from 2011 did you miss out on? Speak up below in the comments.