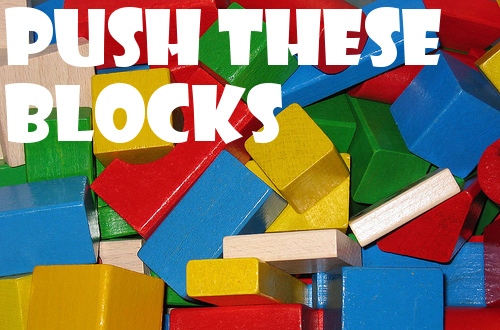 Filling the puzzle void left by polishing off Picross 3D last summer is a little piece of 3DSWare called Pushmo (or Pullmo if you’re from Europe), a game that tasks a young, wobbly Mallo with pushing and pulling colored blocks to rescue children trapped in them. It’s not the most exciting first thirty minutes of a game, with a chunk of it stuck in tutorials, but I can confirm that it gets better.

I’m now on the level two puzzles–I think No. 68 to be exact–and the difficulty has ramped up to the point of stumping me constantly. That’s a good, my dears. Many of the mural puzzles, the ones that look like fruit or animals or famous videogame faces, are actually quite simple, structured to be pleasing to the eyes and nothing more than fluff to the brain. However, a recent viewing of GiantBomb‘s Quick Look for Pushmo forecasts that the size of the puzzle grids are going to get bigger, and bigger, and then bigger again. Whoo boy. Those will be some doozies, for sure.

I’m just pleased to have a time-killer again. Picross 3D was perfect in that if I had five minutes or so between something, like waiting for Tara to get ready, I could do a puzzle. That same theory applies now to Pushmo. I mostly do my puzzling while waiting for artwork to be scanned and Photoshop to open on my slow-as-slow Macbook. If I’m good enough, I can get through two or three before it’s time to get back to making them comics. But yeah, it’s pretty good, and if you have a 3DS, well, it’s a no-brainer to get it, even if you feel like $7.00 is too high a price, it’s not. Not at all.

Loading up my 3DS with some new and old gaming experiences 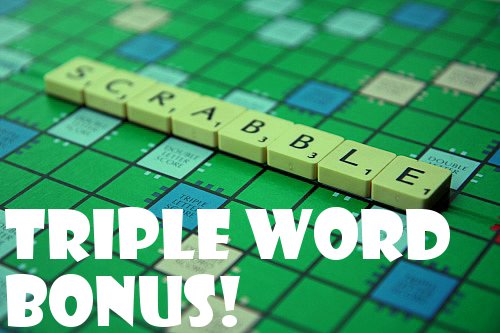 Suddenly, there’s a whole bunch of new stuff on my Nintendo 3DS, and some of it I actually want to play–I know, pretty crazy times right now. Duck and cover!

Basically, I was finally able to get the eShop running the other day on the little handheld that couldn’t and decided that I would buy $20.00 worth of…$20.00 for shopping purposes. Yay, no more pointless points! Except, strangely, at the very end of my buying blitz, I still had an annoying $0.73 leftover, now doomed to sit unspent for–most likely–many months. Unless Mega Man Legends 3: Prototype Version drops tomorrow. But yeah, $0.73. Kind of like how I still have 10 Microsoft Points in my account, and there’s nothing I can spend it on. Oh well. For some reason, despite downloadable games for the Nintendo eShop being priced like so–$1.99, $3.99, $7.99–I kind of forgot to factor in tax, so my $20.00 splintered quickly, leaving my “account” to have some change left standing.

Let’s do a quick rundown of the shiny new:

It’s the same ol’ Excitebike, but with a 3D coat, which no one is forcing you to wear. I tried it on and then took it off quickly. Didn’t do much except make the towering ramps stick out a bit. The classic levels, sounds, and controls are all there, and it’s still a blast to hit a ramp and land successfully, and it’s still not a blast to crash and yell at the little pixel dude to “Hurry up!!!” It’s hard to complain too much about this as it’s a free download from now until some time in late July. A nice new feature is the ability to save your course creations.

Another freebie, but this one seems to be a freebie for all eternity. You start out with a random selection of Pokemon and unlock more via SpotPass and StreetPass and PokePass and a thousand other ways. You can organize as you please, but its best feature is that all the ‘mon are animated in 3D and look gorgeous. Audino never looked so huggable. Still, I’d have loved to have seen some kind of bonus interaction for us portable gamers that actually had a copy of Pokemon White/Black as a nice “thank you” for buying the game. Maybe special skins for the Pokedex based on how many you’ve caught in the retail game or something like that. I dunno. It’s nice and fun to click around on, but it can only do so much.

The Legend of Zelda: Link’s Awakening

It’s been a struggle, but I’ve resisted playing this so far, and here’s why: I’d like to cover my first 30 minutes with it for The First Hour as it’s a game I’ve never played, but–judging from screenshots only–seems to play a lot like my absolute favorite videogame of all time (OF ALL TIME!). That would be The Legend of Zelda: A Link to the Past, naturally. Hopefully soon I can find a pocket of time and a place with air conditioning to take notes.

I nabbed this based solely on a suggestion from the comments. It’s a keyboard simulator with some drum tracks and knobs to play with. A fun, silly time-killer, and cheap to boot. You can speed up and slow down background beats, as well as pitch the keyboard notes to high heaven. Haven’t figured out how to record anything yet, but will do so eventually. And then it’s on to music stardom, headlining for Lady Gaga and singing about how we’re all beautiful, inside and out. Can’t wait. Tour starts Winter 2012.

The game’s title says it all: it’s mahjong. But here’s the thing; I’m a closeted mahjong addict. Something about the match-two-but-with-strategy gameplay gets me every time. I’ve done a couple of puzzles so far, and it’s exactly what was promised. There’s three sets of difficulty, which each tier getting its own bundle of puzzles to complete. I’d say there’s probably over 100 in total. What’s funny is that when you type in “mahjong” in the 3DS eShop search box, you get like five different titles, all of them more or less the same thing. I closed my eyes and picked this one, but I’m sure any of them would be satisfying.

Ahh, yes. The game of words for wordsmiths worldwide. Love me some Scrabble. I played one game so far and dominated my A.I. opponent, but that was on default difficulty. Gotta ramp it up. It’s nice that every word played also gets a definition so you can’t call BS on words like EDS (education) or LING (a heath plant). Only weird thing is you gotta turn the device sideways like a book to play it. Not a deal-breaker, but odd nonetheless.

And that’s about it for now. It’s nice to have some extra games to fiddle with on the go other than Find Mii or Face Raiders (which isn’t always playable depending on where you are playing). I do look forward to Mega Man Legends 3: Prototype Version, as well as the free download of The Four Swords in September, but other than that, not sure what else I’d be interested in getting. Unless they dropped a ton of SNES games for download, which I doubt will happen. Please happen.