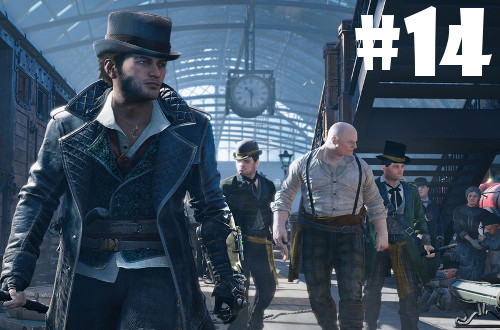 Ungodly boring
Hate tail missions, save the Queen
At least there was cake

And we’re back with these little haikus of mine. Go on, gobble ’em up. However, if you want to read more of my in-depth thoughts about these games that I’m beating, just search for them by name on Grinding Down. As always, enjoy my videogamey take on Japanese poetry, even if they aren’t instant classics, such as the works of Matsuo Basho, Yosa Buson, or Kobayashi Issa. Hey, not everyone gets to be that great. 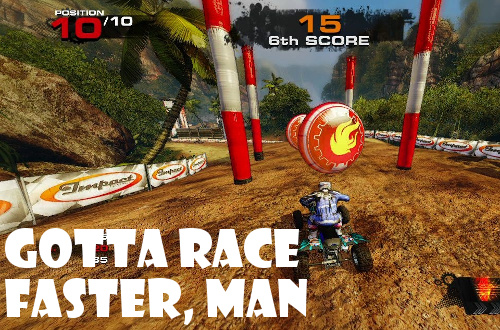 I’m tired of talking about racing games. I already did this recently for BlazeRush, for Monster Jam: Battlegrounds, and for Midnight Club: Street Racing, and…I’m just exhausted when it comes to words describing a game where you race around a course a few times and aim for first place. There is nothing exciting to it; instead, give me a Super Mario Kart or Crash Team Racing, where, sure, you want first place, but there are more creative ways to get there, such as launching torpedoes at enemies or dropping banana peels behind your vehicle to cause some accidents. I understand the purpose of going from point A to point B, over and over again–it’s the shortest route–but it ain’t interesting.

Well, Mad Riders is about off-road racing. Players control an all terrain vehicle, or an ATV if you are down with the lingo, and race against other ATVs around a series of tracks. You can collect coins placed along the way to activate a short boost in speed, and blue tokens allow players to temporarily access shortcuts, though I never found any of these myself. When in the air, players can perform tricks, which also provide a bit of boost so long as you land them safely. Naturally, there are obstacles both on the ground and in the air to avoid. Other than that, it’s lap after lap, all while trying to maintain the leading spot. Cue the uproarious applause from the audience.

Mad Riders features 45 tracks that can be played over five different race modes, including a time trial mode and another where players try to score as many points as possible by performing stunts. Races can be done either individually or as part of longer tournaments, so you have options how you want to spend your time. Naturally, everything, even racing games, incorporate RPG-like elements, so you gain experience points for both completing races and performing stunts, and this glorious trick of XP is used to unlock new vehicles and color schemes. Ya-hoo. The game also has a multiplayer option with races containing up to twelve players, but I didn’t bother trying this, seeing as I’ve had bad luck finding anyone else to play online on many of these older PlayStation 3 titles.

That’s it. I have nothing else to give Mad Riders except a hand-wave and pushing the uninstall button. A-buh-bye.