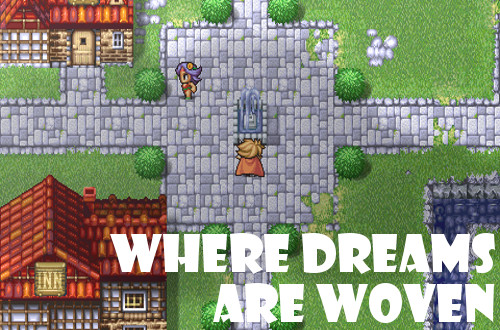 Anyways, Final Fantasy. I figured after finally beating Final Fantasy IX in 2016, I should give another one in the series a go. Well, there’s probably no better place to start then at the very beginning, with the game many of its developers believed would be their last project. Cue prerequisite link to Final Fantasy XV gameplay video with boisterous laugh track. Funny enough, I did try to play Final Fantasy once before, and it was on my mega-old Verizon Reality cell phone, the same one that I tried playing The Sims 3 on poorly. Cost me a few bucks, and my time saving the princess and crystals wasn’t all that thrilling. I don’t even think I managed to get the bridge above Cornelia repaired. Yikes.

For those that don’t know, Final Fantasy begins with the appearance of the legendary four Light Warriors, each holding an orb that corresponds to the four elementals; alas, the orbs have lost their shine. At the same time, Princess Sara is kidnapped by the evil knight Garland, and the King of Cornelia asks the Light Warriors to rescue her. After doing just that, the king restores the bridge above Cornelia so that the Light Warriors can continue on their quest. To do what, exactly? I’m not sure. Make their orbs glow again. Talk to people in ALL CAPITALS. Your guess is as good as mine because, with this one, I’m not all that attached to the plot details. I’m here for the turn-based battling, the music.

Actually, before any of that can happen, Final Fantasy begins by asking the player to select the character classes and names of each Light Warrior (the player characters) in their party. Here’s what I went with:

It’s a decent group. The first three names are obviously references to things I like–guess away–but I have no idea where Erda came from. The party has two characters that can deal some big damage with weapons, one that is good for healing and providing buffs, and one to cast spells that set everything aflame or bring down lightning bolts from a crystal-clear sky. Also, the title for this blog post isn’t one hundred percent accurate, seeing as how I’ve totally left Cornelia behind and even managed to acquire a ship, which allowed me to find a town full of elves, obviously called Elfheim. I only said what I said at the top because, certainly for the first couple hours, I hung around Cornelia and its outskirts to gain some money and experience points before moving forward into more dangerous territory. Yup, grinding is a thing. Grinding will always be a thing.

I’m happy I’m playing this version of Final Fantasy as it has a few bells and whistles that enhance the overall experience. There’s the enhanced graphics I previously mentioned, remixed soundtracks, full-motion CGI cutscenes, and added content that includes art galleries of Yoshitaka Amano’s illustrations. There’s also a bestiary, which I will always appreciate, that tells you a bit about the monsters you’ve encountered, but I have no idea if it was originally there to begin with. I’ll be moving on to some cave soon, but only after I’ve earned enough cash-money to purchase all the best weapons, pieces of armor, and available magic spells. After all, Erda and friends deserves the finest.