My five favorite games in 2015 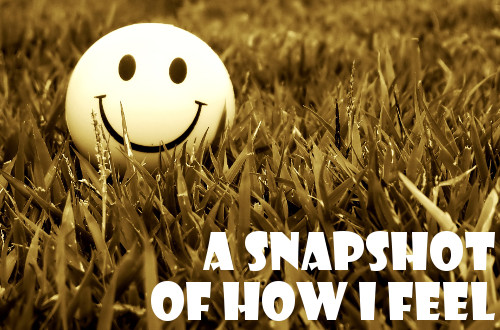 While I love listening to “Game of the Year” podcasts and sifting through dozens and dozens of lists featuring, in descending order, ten videogame titles, I myself don’t really participate in this tradition. Instead, I like to muse about the games I didn’t get to play in 2015, as well as list what I consider to be my five favorite games. Yup, five–not ten. I’m truly an outlier.

Chances are a few of these are smaller games or experiences no one else is talking about in big, bold tones, and that’s fine. Take for instance, my five from last year, which highlighted Disney Magical World as the shining star. It’s my list, and these are favorites for a reason, which I’ll go into more later with each game. Also, enjoy some artwork I whipped up for every numbered item.

Look, technically Lost Constellation came out two days after Christmas in 2014, but I didn’t get around to playing it until February, after a Quick Look from Giant Bomb brought it to my attention. I’m counting it for this year because it has continued to stick with me since then, and I’m bummed that Night in the Woods still hasn’t come out yet. Here’s me going out on a limb and saying that you’ll see that game somewhere in my top five next year, so long as it hits all the same marks as the supplemental demo did.

Anyways, Lost Constellation is a tantalizing appetizer of things yet to come, but stands strongly on its own as a cute, somewhat dark bedtime story perfectly set in the winter. I played it in the winter, but I’m looking forward to going through it again when the summer heat kicks in as it can easily transport you from one season to another. There’s not much replayability to it, other than creating different looking snowmen, but the succinctness of the story–and mesmerizing soundtrack–are worth revisiting. Plus, there’s a rather sardonic cat to converse with, which I’ll never turn down.

Here’s the scary thing. I’ve not actually played that much Time Clickers, but Steam says I’ve logged 199 hours on it, and that’s mostly because I enjoy leaving it open while I’m drawing or listening to a podcast. That’s still an insane number of hours, rubbing shoulders with other giants from my past, like Dragon Quest IX and Fallout 3. The difference here though is that those games are more based around actions while Time Clickers is a game of choices. Do I level up this element of my gun or something else? Do I hit the space bar now to use all my power-ups at once or wait until there are only a few cubes left? Do I reset and use Time Cubes to grow stronger, but start over? That last one is easy to answer: no. Never start over. Not when it took around 199 hours to get to the level 500s.

I always hit a wall in Pokémon Shuffle, and, so far, I always break past it. Might take me a few nights, might take me a week or even a month, and it might take me a number of coins to purchase special power-ups to get the job done. But I persevere. For those that don’t know, it’s a match-three puzzle game where you match cartoon heads of Pokémon to damage the level’s enemy. You get five chances to play before having to wait some silly amount of time to recharge your hearts, but that aspect never bothered me because this was my before-bed experience, burning five hearts. Sometimes making progress, sometimes not–though you are always leveling up your team.

Currently, I’m at level 219 (Spewpa) and plan to keep going. I have no idea how many more levels there are, if there is in fact one for every Pokémon out there. Seems like it keeps getting updated. Pokémon Shuffle is also the third most played game on my Nintendo 3DS according to the stats library, at nearly 65 hours, behind Animal Crossing: New Leaf and Disney Magical World. I expect to be playing this a bunch in 2016, which is the opposite of that other free-to-play Pokémon game that came out this year.

As it turns out, I was not able to finish writing about Super Mario Maker before firmly placing this title as my numero two for 2015. The blog post for that is still in the works, so this might seem a little out of nowhere considering I’ve not really talked about it a whole bunch…on Grinding Down.

It’s fantastic, and I’m terrible at half of it. Namely, the half where you construct your own levels. It’s probably the most I’ve ever messed with a create-your-own-level mode other than Super Scribblenauts, and it works just fine, but I think I enjoy playing–and watching others play–Mario levels more than creating them. I constantly check back in to see what new levels will give me cutesy 8-bit costumes, as well as try my hand at a random assortment of levels. Truthfully, I love watching people stream demonically-designed stages and struggle, like with Patrick Klepek and Dan Ryckert’s ongoing feud. There’s a growing community around this game, one I’m finding myself actively participating in.

I finished Fallout 4 the other night out of fear of being spoiled, rushing through the end of the main storyline. If I could go back in time, I’d give a hug at a very specific time in my life, as well as not rush through Fallout 4 like that. It’s not great. In fact, I’d say that it is a better game to play and live in, but not complete. I’ll have some more thoughts on the various lackluster endings at a later date, but despite that, I can’t get enough of this world. It’s open, brimming with items and enemies and places to discover, and while I struggle with a lot of the settlement stuff and house decorating, it’s still something I think about whenever I find a certain item or resource out in the wild. I’m already thinking about other characters to craft and new ways to build up Sanctuary. I’m already planning a run where I’m friends with every faction in the Commonwealth and stop playing main questlines once those are locked in.

As someone who ate up every ounce (or nearly ounce) of Bethesda’s previous open-world games, Fallout 4 did not surprise me or the industry. It’s exactly what you expect it to be. It’s like going home.

As many should now know, I did not get to play many newly released games in 2015, and so it was actually slim pickings when it came to my top five for the year. Regardless, I’m happy with them, and wonder what will grip my head and heart next year. Here’s hoping for a few surprises.