Fallow’s demo is full of sorrow and sleepwalking 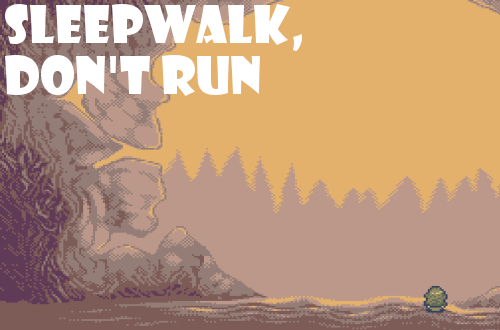 Fallow had me at “Gothic Americana adventure game,” and so I decided to give rooksfeather‘s personal darling, which looks like a warped version of Pokémon Yellow, a shot. I used to be all about demo trials in my high school years, but other than the special standalone thing for Bravely Default: Flying Fairy, I can’t recall the last time I earnestly tried out a demo. Usually, since I’m so behind as is on current games, I’ll just forget about them for a few months and be surprised when it is actually done and released to the public. However, just the look of Fallow had me hooked. I had to see it in action. Still, nothing tops that Metal Gear Solid demo, which basically gives out the first hour or so of the game for free.

Fallow‘s demo actually ends up providing a ton of background and plot details, but I won’t swear on the Good Book that I understood it all. For starters, you place as Isabelline Fallo, a farmhand in the olden, titular world of Fallow. Unfortunately, she suffers from sleepwalking, often waking up in a new location each morning. This means she has to make her way back home, alone and confused. Plus, it doesn’t help that this isn’t your typical America, brimming with foreign, alien technology and lodestone formations. If I grokked it all correctly, this now desolate and overtaken version of home is the Fallow family’s fault; there was a monument plaque that read something along the line that, as part of their punishment and as a constant reminder, the Fallow family name would now be one letter less–Fallo. Hmm, okay.

As Isabelline makes her way home, she’ll do a lot of exploring, a little investigating, and a pinch of puzzle solving. The puzzles I experienced in the demo are rather straightforward, of the “find the specific item” ilk, but they work well enough. Plus, it is both a joy and bummer to simply exist in this world, to walk around as a beautifully somber guitar lick loops, one not filled with any hope, but written to lull you, put you at ease. I really enjoy how the screen switches over to a first-person shot when you are looking at something worth examining, and if I had any complaints, it is that our sleep-troubled star walks too slow; when your game is mostly walking to and fro, sometimes you just want to hurry along to the next screen, see what else is out there in this strange, crumbling America. The slow pace doesn’t make the backtracking thrilling either.

You too could try out Fallow’s demo or just wait until it is a purchasable product later this year, seeing as it was Steam Greenlit (Greenlighted?) back in November 2014. If I had been paying attention then and saw it and was the kind of soft soul that did things like support upcoming indie developers, I’d have totally upvoted this.