The hero is me, and Dah Castle is open for business 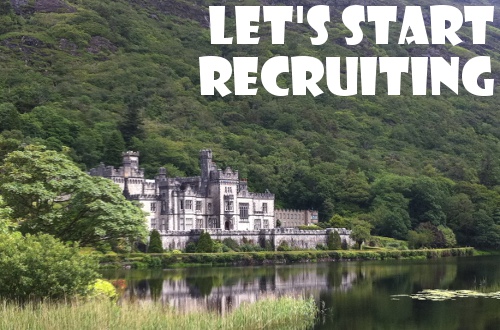 At last, after a smidge over ten logged hours of playing Suikoden II, I finally have a castle headquarters to call home. And yes, I named it Dah Castle, so that when I recruit new soldiers I can read them say zany things like, “Okay, let’s head over to Dah Castle right away.” It’s a small step up from Suikoden‘s Castle Castle, but I just can’t help getting silly with names when given the chance. I wonder what I’ll end up calling home in Suikoden III (if I ever get there again and if that’s an option).

So yeah, it’s a definitely slower, much more somber start than Suikoden, but it doesn’t take you too long to get a castle in the former game. Here, you have to be patient, and even then, you have to be a bit more patient. Certainly, the fact that the main character–who I named Hodor, in case you forgot–is not as pivotal to the bigger actions unfolding plays a part. I mean, in Suikoden, you are the son of a great Imperial leader, on the run as a rebel, forced to take up arms and build an army. This time around, it feels much more natural, like you are caught in a current, going with the flow until, finally, based on Hodor’s connection to Genkaku, it happens–you are asked to take charge and command the Dunan Unification Army. For a good while there, you simply took on the role as errand boy for Flik, Viktor, Lady Annabelle, and whoever else wanted a dangerous job done. Now you get to tell others what to do.

I don’t know what the next mission is. Right now, I couldn’t care if Luca Blight’s goons were hiding under Hodor’s bedsheets. It matters not. All I know is that the castle is mine, it is huge to begin with, and there are a lot of rooms to fill. The setup is much different than the castle in Suikoden, which was, more or less, a six-story high-rise, with a few offshoots on two or three of the floors to explore. But you’d have trouble getting lost there; Dah Castle is intimidating in size and layout, especially given that it has a separate inn section attached to it from the outside, providing two entrances. There’s also a bunch of portrait-less characters to speak to, whereas before your castle was only filled with your friends. It’s going to take some time to familiarize myself with where everyone is, and then I’m sure much will change once I get more of the 108 Stars of Destiny to join the fight.

Actually, I lied earlier. I do know what the next mission is, and it’s a doozy: find your castle’s docks. Flik said it was right below where Hodor and his friends were chatting. It took me far too long to figure out what he meant. Heck, I even left the HQ and went to a few towns to see if that’s where the boats are being kept, thinking Flik meant below Dah Castle on the world map. Hint: there’s a small staircase that is easily missed, which leads to a graveyard, prison cells, and the docks. Once there, you can get on your boat and sail around or partake in Yam Koo’s less-than-stellar fishing minigame.

Something else I’ve noticed is that Suikoden II is much more challenging when it comes to the turn-based battles. The previous game was a breeze, and I think I only died once (to Neclord), and that was possibly due to little pre-planning going into the fight. I’ve still not scene a Game Over screen yet this time around, but the amount of medicine and healing spells I’ve had to use post-combat has unarguably quadrupled. The Abomination boss that Neclord leaves behind for you to deal with at North Window proved the toughest enemy so far, with only three party members surviving the fight. Also, Nanami has fallen in battle way more than anyone else; DarkBunnies love picking on her, for some reason. At least I’m grinding for a reason now.

Anyways, once again, I’m anxiously looking forward to revisiting known locations and recruiting new friends for…Dah Castle. The quicker it grows, the sooner I’ll get to participate in the cooking minigame.