There’s just no turning back in And Yet It Moves 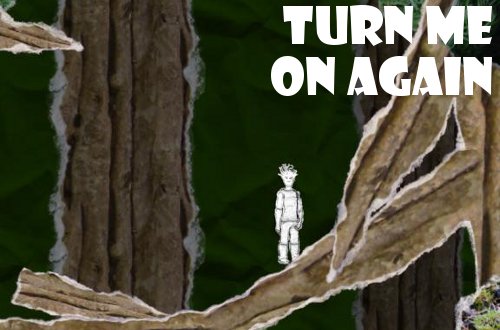 And Yet It Moves has been in my Steam library and untouched for a pretty long time. Specifically, since July 2011, which is when I got it and a bunch of other not-known-at-the-time indie games as part of the Humble Indie Bundle 3. Man, I can’t even make an estimated guess as to what bundle we’re coming up to now, seeing as that whole process has evolved from just the occasional bundle to weekly happenings and themed promotions and a store and bundles about books and music and whatever else you can think of. Anyways, And Yet It Moves is not the first name at the top of my list of Steam games, but it’s pretty close, which means I see it all the time when logging in to the client, so I’m glad I finally sat down and played through it.

Besides being a famous quote said by Galileo, And Yet It Moves is a puzzle platformer, one where you turn more than you actually jump. Let me explain. The game’s main nifty shtick focuses on moving the player character, represented as a colorful man made of paper with wavy hair, through an environment full of hazardous obstacles. At any time, one can freely rotate the entire game world with the left and right arrow keys, transforming walls into floors and moving things like boulders and broken branches out of the way. Your goal is to basically navigate the environment and make it to the end safely, and you’ll have to be careful how you turn the world as our little paper hero can’t fall from very high and ends up maintaining momentum even as everything around him shifts.

There’s no real story to follow or even a thin set-up in And Yet It Moves. You’re just this paper man, stuck in a rotatable world. That’s okay, honestly, but it probably wouldn’t have been too difficult to come up with some kind of conflict. Maybe the paper man wants to find out who made him, how he is alive, where this rotating power came from. I actually thought we were getting somewhere along those lines during the last few levels, where everything begins getting LSD trippy and unpredictable. Anyways, the game features paper collage-inspired visuals designed by Jan Hackl, which are a treat to behold and watch move behind and in front of other visual planes, and a beatboxing soundtrack performed by Christoph Binder that really becomes its own when the vanishing platforms appear, your jumps nearly timed to the drums.

I only ended up getting seriously stuck in one spot, where there is fire involved. Little ol’ me didn’t notice that the flames change direction as you tilt the world, so you need to position them just right to set other things blocking your path ablaze. Other than that, trial and error and persistence are the key tactics here. There are other game modes to try like time attack levels, but this never felt like the sort of experience one should rush, especially given how slow the main character moves.

Oh, and we can add And Yet It Moves to that list of games with fantastic, interactive end credits. It can stand proudly next to Vanquish, even if it doesn’t last terribly long due to the small staff behind it.

Let’s see, let’s see. So, from the Humble Indie Bundle 3, I’ve now gotten through two entire games–And Yet It Moves and VVVVVV–played Cogs for a wee bit, and have never even launched Crayon Physics Deluxe or Hammerfight. Maybe I’ll try to see what those last two are like sooner than later or maybe they’ll just have to be even more patient and wait a couple more years. I know, I’m so cruel.