Eat bread, make friends, belt out a ballad, and more in Tomodachi Life 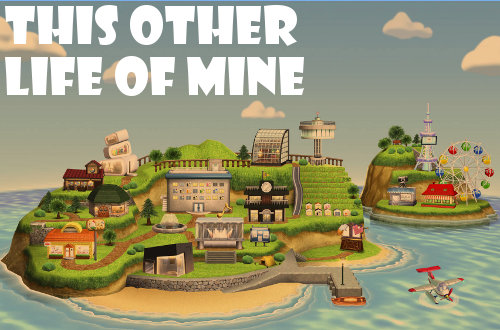 Since its announcement, I’ve been pretty excited for Tomodachi Life. Watching the gang over at Giant Bomb play through some of its silliness and strangeness during one of the latest Unprofessional Fridays really helped seal the deal, and so I went right out the next day to snag a retail copy of the game. True, this is the sort of game one might want a digital version of so they can pop into it any time they want, but I’m a physical collector at heart. Truthfully, I was surprised to see it priced at $40.00 and initially balked, but decided it is ultimately better to support the quirky titles from Nintendo in hopes of more quirky titles from Nintendo. Paying it forward, y’know.

Anyways, you start out by creating an avatar to be your first island inhabitant. Naturally, narcissistic tendencies took over, and I selected the Mii modeled after me from my Mii Plaza. They refer to this dude as a “Pauly look-alike,” which is pretty cute and, at the same time, alarming. The clones will overtake us all. You can then fill an apartment with more Miis; some I downloaded off the Internet, a few more came over from the Mii Plaza, and I made one or two new ones from scratch. If you want a taste of what my islanders amount to, then here: Shaq, April Ludgate, Ron Swanson, Matt Mason, Minerva McGonagall, Satoru Iwata, and more. Plus, I have about six-seven more empty apartments to fill, but I’m in no rush to see those rooms occupied.

Tomodachi Life is a game best played in small bursts, and slowly at that. You navigate the island, which is more or less a collection of different button prompts, via the touchscreen and stylus. You can go to the food store and see what the daily specials are, you can visit the town fountain and watch as your Miis donate some coin, and you visit event spots like the beach or park to see if anything neat is going down. The main meat of the island is the apartment building, and here you can check in on your Miis. Some may be sleeping, some may be out at their day job, and some may be in someone else’s pad, schmoozing and boozing. Here, you can loosely interact with the Miis, giving them food, clothing, and accessories, and they’ll occasionally want to play a mini-game with you. Some are real simple, like grab an item as it falls, and others are more fun, like guessing what a pixelated item ultimately is. As you interact with these Miis, they level up and can gain additional items, songs, and catchphrases, as well as grow to like–I mean that romantically–other Miis.

I love how Tomodachi Life looks and sounds. Let’s start with visuals. We’re all pretty familiar with how Miis look at this point in Nintendo’s history, and despite just how little customization there actually is around them, they always end up looking strikingly similar to their inspirations. Like, my Ron Swanson…it’s uncanny. Speaking of looking like real-life stuff, the pictures of the food you can buy–as well as the hilarious flavor text–really help sell the entries as digital representations that I actually want to purchase. Just ignore that fact that the shopkeeper is a man with a block of wood for a head…

Audio plays a big part, too. There’s not a ton of background music, but what is there is fine. However, it really does all come down to listening to the Miis talk, whether they have a super high pitch or deeply deep growl. And they say whatever you want them to say, granted you can’t get too crass or pervy as Nintendo is wont to censor that kind of stuff. I love hearing the game refer to them by their actual names out loud. In the past, when you get to name a character, like in an RPG, it was always disappointing to never hear other characters audibly call him or her out in a cutscene. Whenever you win or lose a mini-game, an unseen studio audience cheers or boos, respectively, and you can also have Miis perform some karaoke or write your own songs; I’ve not really delved too deep into that stuff, but it seems ripe for silliness.

I’m enjoying my sporadic sessions with Tomodachi Life, though I do find it easy to burn through just about everything it offers in a single session, leaving me to just sit and stare at an apartment building’s windows, waiting for something, anything, to happen. This quirky title is not long for the world, but that’s okay. It’s a great piece of strange and unpredictable side content for Animal Crossing: New Leaf, and it should help fill in the blank days while we all wait–yes, you should be waiting, too–for Fantasy Life this autumn. I don’t know if I’ll write any further on Tomodachi Life, but you never know–it’s so unpredictable, like that time I gave Minerva a bowl of fried rice and she sky-rocketed into space, so delighted in tasting her favorite food. Yeah, it’s bizarre Nintendo at its best.

Oh, and if you want to add me to your island, by all means, show me a great time:

4 responses to “Eat bread, make friends, belt out a ballad, and more in Tomodachi Life”