Gone Home to mysteries, answers, and everything 1990s 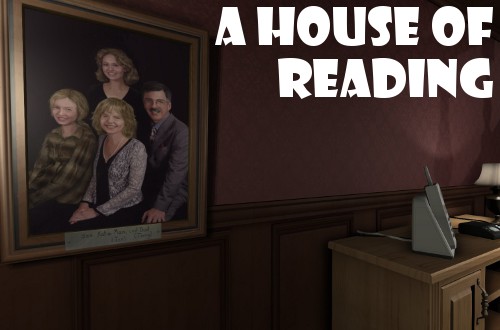 Breaking news: I’ve decided to do away with my gaming haikus, at least for 2014. Chin up, Mr. Sadface. It’s going to be okay. Really. I had a lot of fun writing them, but after two consecutive years of dipping my toes in Japanese poetry–well, if you can call 104 haikus a dip–I’m ready to try something else. Gotta keep things fresh. If you’ve been keeping up with Grinding Down over the weekend, then you’ll know what the long and short of it all is: comics. Yes, yes. Actual comics about the games I’ve played, and I really don’t know why it took me so long to combine these two passions of mine together.

Anyways, Gone Home gets the special honor of being my first completed game for 2014. Compare that with Yoshi’s Island from last year. That’s right. Go on. I dare you to compare the two. One looks like a drawing, and the other has you occasionally looking at drawings. Hmm. If you’ll recall, Gone Home was also my number one pick for the top 10 videogames I missed out on in 2013, but thanks to a recently good deal via the Humble Bundle store I was able to pick up The Fullbright Company’s debut for a sweet price, one that wouldn’t make me terribly irate if I discovered that the game didn’t work on my ASUS laptop. The good news is that, obviously, it ran just fine, even though it defaulted to the lowest of settings to do so and some of the textures looked a wee flat. Small quibbles aside, I absolutely loved it.

Gone Home‘s plot itself is pretty straightforward: it is June 1995, and Kaitlin Greenbriar is returning home to her parents’ new house in the Pacific Northwest after traveling abroad. She gets in very late on a rainy, thunder-laden night only to discover the house is completely empty, with a strange note on the front door from her sister, urging Kaitlin to not go digging around for clues as to what happened. Naturally, though, that’s exactly what you do, and the whole game is built around exploration and piecing together where Sam and Kaitlin’s parents went to. If I’m being honest and a little spoilery, that’s not at all what the plot is really about; in truth, this is actually Sam’s story, not Kaitlin’s, and there’s stuff about her parents to unravel, as well as what went wrong with the previous owners of the house to have it now deemed the Psycho House by other students at Sam’s school. Kaitlin is just a means to see all this unfold, and she is mostly non-reactive, save for a few text-only comments when finding items related to her parents’ sex life.

The game itself takes around two to three hours to complete, depending how thorough you search each and every room in the larger-than-life mansion-like new Greenbriar home. That said, Gone Home never wastes a single second though or pads out rooms with nothing that isn’t vital or important to the story-telling, and so you are constantly advancing, learning more and more. I found all this beyond exhilarating and couldn’t wait to see what was behind that closed door over there or what hid in the third drawer from the top, but only after I clicked open the first two drawers. You move with WASD, and zoom in for a closer look and pick up items using the mouse. Oh, and you can also fully twirl items around in your hand, to check out all sides, and you’d think there would have been more puzzles built around this mechanic, but Gone Home is actually not about puzzles–save for the few combination locks–and this mechanic exists more so to keep you in the world, prove that these rolls of tissue paper and printed books are real, that everything has a front and back and can be examined properly.

Anyone that actually grew up in the 1990s is clearly going to sink into Gone Home a bit deeper than those that didn’t. The game oozes with the era, from magazines wreathed in pop culture icons to board games and mounds of VHS tapes of your favorite Saturday afternoon couch-flicks, like Blade Runner and just about every episode of The X-Files. In fact, Super Nintendo plays a wee part in the events that transpire in Sam’s young, blossoming life, and you can find various fictional cartridges around the house, some goofier than others. Regardless, the attention to detail is astounding and appreciated, especially for a game that’s all about looking and listening. I couldn’t listen to too many of Lonnie’s musical recordings though, sorry.

Many have complained about the bait-and-switch trick in Gone Home. It’s initially set up to seem like your typical ghost story: girl comes home on a rainy night to find her house completely empty of life. For most of the early rooms, you expect something spooky to happen. The TV to randomly flip on? A door to slowly creak open itself? The sound of footsteps overhead? But no, nothing like that happens ever, save for a single moment of pure genius that is logically explained so long as you found the correct paperwork earlier in the house. This is not a ghost story. This is a human story, and it is remarkable in its dedication to remain rooted in reality, one I think many can relate to on some level, whether it is with teenage romance, a failed marriage, not being good enough for your father, and so on.

I think Gone Home is both a great game and a very important one. If you haven’t played it yet, I highly recommend you do so as soon as possible. Videogame story-telling has a new measuring stick.

4 responses to “Gone Home to mysteries, answers, and everything 1990s”