A mysterious hatch leads to trouble in BNKR 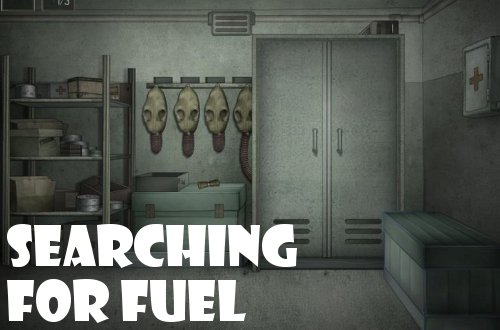 I’m attracted to games with strange names or, at the very least, strangely written names. For instance, ^_^, XIII, Viewtiful Joe, and Big Mutha Truckers 2: Truck Me Harder. Some quick complete transparency though: I’ve never played that last title, but just the sound of it alone, the way it rolls off your tongue and hangs in the air like some glowing, ethereal angel, has me curious. But yeah, if your game’s title is non-traditional and a bit bizarre, then you already have my attention, which is really helpful when sorting through game jam lists, too. And all that is just to slip into talking about BNKR, a point-and-click game by Piter Games not from Philip K. Dick and not from some recent jam, but just out there, waiting for you to devour.

Here’s the deal: the world was once populated by humans, but now only androids roam the bereft towns and buildings, constantly searching for fuel vital for survival. One day, a hatch opens, demanding whatever lies beneath it to be explored. You play as an unnamed–yet numbered–android with a digitalized male voice who goes down the ladder to see if there is anything worth salvaging.

Not counting the first hub area, which is a small, closed off town in the form of an overhead map with a few buildings to explore, most of BNKR is played from first person perspective. Er, I mean…first android perspective. Thank you, thank you. No, please, I’m happy to sign autographs. Anyways, you can click to move from scene to scene or interact with your surroundings and items in the inventory. A changing cursor alerts you if there’s something worth investigating. And that’s it gameplay-wise, which is fine, as it’s very short, though I’ll admit it took me much longer than probably others to complete it as I got stuck on two less-than-clear puzzles. Spoiler: you can find the third piece of mirror glass hidden between a desk’s drawers, as well as the other half of the broken key in a vent near the ceiling out in the main hallway. There, that should help greatly.

BNKR is a beautiful, desolate world. Also: very gray. You wouldn’t be wrong to immediately think of Machinarium or Primordia immediately, to compare in looks. There’s some light narration atop some striking artwork, and the voice of the robot you control is both human and not, which only helped draw me in more. It’s a strange combination of familiar and foreign, with the robot’s comments on things like levers and desks and photos of once-living humans little puzzles themselves. You can tell that the robot is a little sad, a little unsure. You can mildly interact with another android at the beginning of the game, but other than that, you’re searching solo; I think more droid-on-droid interaction would have been nice–hey now–as well as some dialogue trees to help fill in story gaps. Other than a couple of really well hidden items, the puzzles are pretty easy to figure out if you keep on clicking, and you can probably breeze through the game in about ten or fifteen minutes.

Alas, BNKR ends right as it just starts getting good plot-wise, and so I’ll have to keep looking for whatever comes from the people at Piter Games, as finding out what’s actually inside that opened hatch is just the tip of the post-apocalyptic iceberg.

3 responses to “A mysterious hatch leads to trouble in BNKR”