Learning the nature of Primal’s demon realms all over again 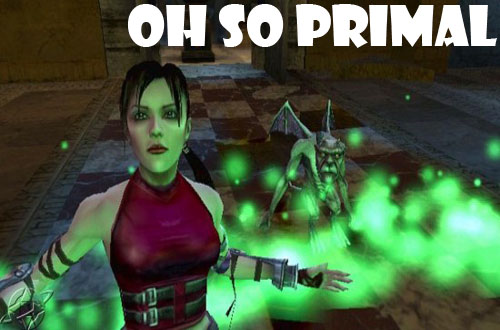 I made a grave error when beginning Primal, staying headstrong on this lofty goal of mine to beat five specific videogames in 2013. If I can see its credits roll, it’ll be the third title I can check off my digital list, which I’ll consider a fine achievement. However, that’s only if I don’t goof up again, like I did when choosing the lesser of my two PS2 memory cards to save the game’s data on. Could’ve really used some advice from Scree on that one.

If you’ll recall, I was able to snag a used PS2 memory card some years back, but there’s some corrupt data on it that I just can’t delete, no matter how many times I try; however, I’ve been able to save other game info on there just fine, like my vital progress in Harry Potter: Quidditch World Cup and Secret Agent Clank. So it definitely isn’t completely broken. Just randomly, I guess. Alas, after playing for two hours of Primal and getting to just before the game’s first boss battle, my save data became corrupted and wouldn’t load. Eek. My heart turned to stone each and every time the “load error” message came up. So I had to switch over to my mainstay memory card and delete some info, such as Tony Hawk Pro Skater 3 character save BS and whatever little progress I made in Wallace & Gromit: The Curse of the Were Rabbit, and start all over again. At least this time around I knew puzzle solutions and could skip all the cutscenes immediately.

So yeah, I’ve played about four or so hours now of Primal–that’s the first two hours twice, and then a wee bit more once I got my saving stuff in order. It’s good. I mean, it’s always been good, but I think the game still holds up really well in 2013, mostly for its Buffy the Vampire Slayer-esque story, cheeky characters, and larger-than-realm scope. Seriously, the realm of Solum feels absolutely massive even if, technically, it’s not, and I have already found myself getting lost going from the forum to the hunting camp to the colosseum, though you could probably also blame that on the lack of an on-screen mini-map. Granted, I generally associate dark, snowy worlds with time standing still thanks to The Lion, The Witch, and The Wardrobe, and Solum comes across as a bitter, uninhabitable home full of strange people and customs.

Some of Primal‘s gameplay mechanics are not as awesome as I remember them, and now that I actually play it, controller cradled in hands, I’d prefer to have no combat at all, but that’s just a pipe dream. Like in Silent Hill 2, combat is an essential part of the game, even if it is clunky and obtrusive and strangely designed around the left and right triggers. Restoring and harvesting health from fallen foes is tedious, and the climbing, now spoiled by the likes of one-button speedfreak Assassin’s Creed, feels pretty cumbersome. But all of that can be dismissed simply to hear Scree and Jen talk, as their banter feels genuine, and you can really watch Jen grow closer to the little gargoyle in a natural way, which might sound odd, given that she’s technically dying in a hospital and has been taken to a realm between realms to do something heroic and find her stolen band boyfriend.

I’m approaching the part in Primal where I always stop and…walk away, much like I had in the previous two entries checked off my list–Chrono Cross and Silent Hill 2. I just need to power on and not be afraid to use a walkthrough when I get stuck because, surprisingly, this game doesn’t highlight interactive objects in a bright yellow glow or put a giant arrow over them like many gamers are coddled today. You have to be observant and aware and willing to think outside the castle wall box. However, sometimes the answer is not easy to deduce without any clues, and I’d rather have someone else tell me what it is then to give up on Primal yet again. I have to see this spunky goth girl, also a coffee bar waitress, discover her destiny. I have to. 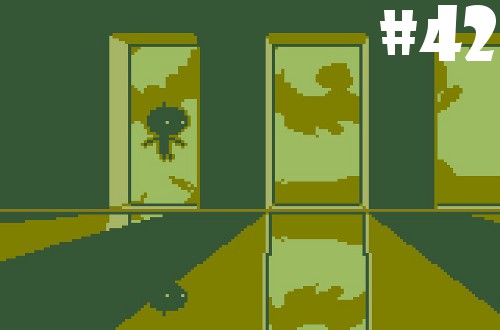 Reach the tower’s top
By jumping, but the rules keep
Adding up, amen