The Price for falling in love with the baron’s daughter 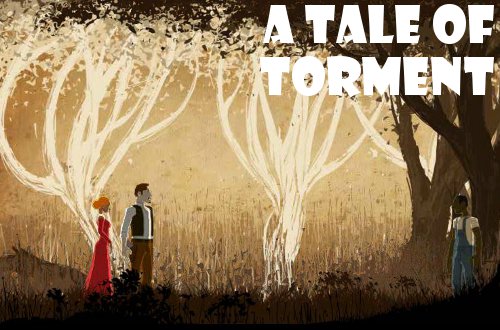 The Price is not a happy story, which is more than clear from the opening scene, but it is beyond gorgeous to behold. Set in the American South during the time of slavery, a nameless field laborer has fallen in love hard with the baron’s daughter. Naturally, the baron and his men are none too pleased to learn of this and come after him, shooting first, not asking questions later. The baron’s daughter ends up taking a bullet for her secret lover, who must run off to stay safe. He then ends up meeting a shaman who promises he can save her life, but only if our overalls-wearing protagonist, who I’ll call Overalls, can reap three wicked souls, for everything comes at a price. Killing evil characters is surprisingly not difficult for Overalls, but controlling the bloodthirsty anger deep within is.

The Price tells its depressing story at a deliberately slow pace despite its short length, mostly through the use of expository intertitles of the silent film era, somber piano-heavy music, and gorgeously painted scenes. No, really. Look up at this post’s leading image; that’s some serious beauty, as well as the main driver for me to keep playing. As previously mentioned, this is not a story full of smiles and warm emotions, and it’s easy to see what Overalls’ ultimate fate will be–along with the baron’s daughter’s–once you solve the first puzzle area, so I wasn’t playing for any kind of startling revelations, but rather to see more of the art in motion. I kind of felt the same way about Machinarium as of late.

Puzzles mostly involve pulling levers or clicking on spinning circles, and everything is relatively straightforward, which is good because there’s no hint system, as well as no inventory management. However, as Overalls explores the American South, you can pick up white flowers, which I guess unlock something, but I never found all of them. The only two tricky areas involve a spinning clock that is separated into three sections that you need to align to make an image and then grok a door code from and a hungry alligator. Everything else is simple clicking–and sometimes you aren’t supposed to make all the clicks that the game is asking you to make. The puzzles and locations vary based on the three souls Overalls need to reap, and once you have them for the shaman, you can return to the baron and his daughter to see this woeful story to a close.

So, this look at two lovers destined to struggle comes from…Flip N Tale, a developer that does not seem to be active any more. Think they made something called Loondon, too. Well, from what I can tell by Googling, at least. Its webpage is dead in the water, and the dev’s official Twitter account has only two tweets to date, both back in March 2013. Strange. I really wanted to find out more about who made The Price and such, but there’s not much info out there, and with such a generic title, it’s nigh impossible to find anything with a simple search term. And dang it, this game deserves being credited.

If you like beautifully sad stories, then give The Price a click. It’s roughly 15 to 20 minutes long, depending on how stuck you get with the clock or alligator puzzle. But be warned, it takes a bit to load at first. If you find out what the flowers ultimately end up doing, please let me know. I can’t imagine it leads to much, but maybe there’s an alternate ending hidden behind those pristine petals.

This entry was posted in entertainment, videogames and tagged adventure, Flash, horror, point and click, slavery, The Price. Bookmark the permalink.