Thoughts on Dinner Date while I wait for my dinner date 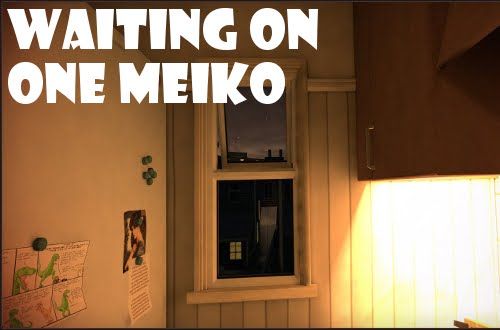 Thankfully, I’ve never been stood up; granted, I’ve only gone out on so many dates in my short time on this planet, and only two of them could really be considered “blind,” with most romantic outings being mutually agreed upon long before it all went down. So I don’t know what that feels like exactly, though I could naturally pull from the emotions I feel over other forms of abandonment and disappointment.

Well, with the latest package from Bundle in a Box, which is called the “Cerebral Bundle,” I now know how it feels to eat a meal for two all alone. Before I get to that, let me list everything you get if you beat the average price, which you totally should:

Whew. That’s nine games, and before dropping some coin on the bundle, I only ever heard of one thanks to an interesting article over at Giant Bomb. The other eight just look like strange ol’ names to me, and of them, I was initially drawn to try out Dinner Date first. Why? Well, it had the easiest name to digest, one which seemed to summarize itself in a single breath. I do hope to at least give each other game a try, especially J.U.L.I.A.,but knowing me and my awesome skills at multitasking and collecting more games than I know what to do with…well, not in a month of Sundays.

In short, Dinner Date has you exploring the subconsciousness of protagonist Julian Luxemburg as he sits at his dinner table, which is set for two, waiting for his date Meiko to arrive. As the night progresses and Meiko is nowhere to be seen, his thoughts continue to unfold  more frantically, and we learn about the worries that trouble him, many of which are not necessarily related to being stood up. Now, you experience this in a pretty non-traditional manner, slipping into Luxemburg’s mind with some control over his hands and movements. Think Being John Malkovich, but with keyboard button prompts. Via a first-person perspective, you can look at the clock, eat some bread, drink a glass of wine, smoke a cig, tap your fingers, stretch, and so on–all while Luxemburg mumbles and groans about his woes, quietly at first and then ultimately peaking after too much wine loosens his lips. Occasionally, I was unable to hear what he said, but his tone more than made his frustration cleared.

For my time with Dinner Date, I sat mostly mesmerized. A lot of that had to do with the soft, ambient music and just the surprising excitement that came with a new button prompt after X amount of time. Oh man. I can dip the bread in sauce? You mean I can stir my soup before I eat it? Sweetness. I have to wonder if this is what Heavy Rain is like in terms of detailed actions. If so, I’m in. Alas, after the credits rolled, the game crashed, which kind of left me a little confused, as I wasn’t sure if I had played the entire game or just a small slice of it; based on forum postings, I’ve done it all, which means it ends rather as one expects, which is a letdown for Luxemburg, as well as myself. I’d have liked to see how he fared the next day, the next week. Maybe even try again to get Meiko over. Oh well…

Dinner Date is about thirty minutes long in total with limited interactivity despite all the actions I listed that you can do as our leading curmudgeon. You’re basically just passing time until he is ready to move on to the next scene, the first of which covers wine, the second soup, and the third dealing with smoking a cigarette. It’s interesting, for sure, but I’d have liked more game than story in this one, which ultimately leaves it feeling like a fine piece of art, one you can look at and, untraditionally, touch, but can’t control. Still, there’s eight more games for me to check out from Bundle in a Box‘s “Cerebral Bundle.”