The sounds, saunter, and signing off of the Steam summer sale 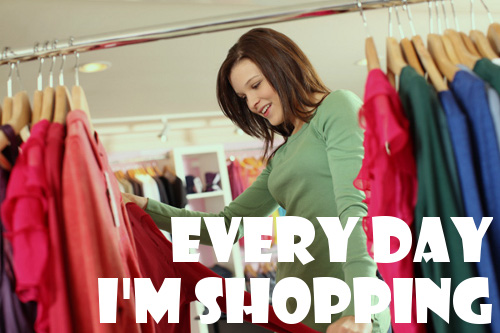 This has been my first Steam summer sale. And by that I mean the first summer to come around where I have a computer capable of running some videogames. Not all of them, mind you, as my ASUS laptop can only do so much, but most, and most definitely all the indie or previously downloadable-only ones, which I prefer over the AAA titles. For those, like Batman: Arkham City and whatever the latest Assassin’s Creed game is called, I’d rather play them on my Xbox 360 than have to deal with slow downloads, configuring a controller for my laptop, and tweaking settings to get it playable.

And so, here are all the darlings I was able to snag during the crazy affair:

That’s a total of $42.42 spent, which is not bad. Also, the answer to life, the universe, and everything…twice. I think that is a win no matter how you look at it.

Of my new purchases, I’ve played a few, but only sparingly. I loaded up Terraria to see if it worked and…yup, it did. Think that game requires some time and devotion to get into. I also did the same with Fallout: New Vegas, just to see how it runs on my laptop; fine, fine, and it is quite a change to go from watching a loading screen on the Xbox 360 for minutes to blinking and missing them on the PC. The biggest reason for buying that game all over again–not just because I love it so–is mods, so I’ll have to look into which ones are the bees’ knees. Stacking‘s a lot of fun, and you’ll be able to read more about that once I finish up my coverage for The First Hour. And then there’s Torchlight, which I’ve fallen back into hard. You see, when I first played it on the ol’ Xbox 360, I struggled with being able to read anything, and so it was mostly guesswork as to what items and weapons to equip, taking away a lot of fun inventory management. Yes, I said fun inventory management. But on the PC, everything is spectacular, and all that text is mine to devour and ponder and make decisions upon. I’m loving it all over again. Plus, it was a whole lot cheaper than buying Diablo III.

I hope to try out the other games I got before the world implodes, but that’s probably just wishful thinking. If you can help, please help.

So, how’d you make out with this year’s Steam summer sale? Share your purchases and good deals below!