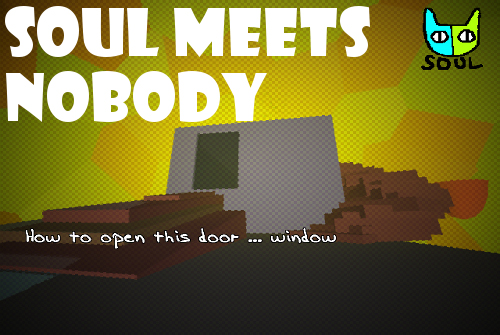 I had some serious great luck the last time I perused the Ludum Dare website and some of the contest’s entries, finding the gem BATHOS in a sea of contenders. The twenty-second edition of the “create a videogame in a single weekend” challenge just happened in late December 2011, and site users have voted on the top 50 games based on things like graphics, sound, fun, innovation, use of theme (alone), and so on. The winning lineup went up the other day.

Now, I’m not going to be a crazy bearded mountain man and try to play all 50 of these homemade brews, but I think trying out the top 10 is worthwhile. I mean, these are the ones that got the most love by a large community of indie game makers and fans, and glancing at teaser images for them, well, a lot of them look neat. Saw some pixel art and started salivating. Plus, I’m still slowly gearing up internally for the idea that maybe 2012 will be the year I learn how to make a game; playing these can only add to my experience.

So, first up, we have Soliloquy, created by the user Friedrich Hanisch, also known as ratking. The game is described as so: In this game you are split. You are one person, alone in a lifeless world – but you have two souls, which have to work together. Okay, got it. I am playing it over the web, and it opens up in a first-person perspective looking down an empty hallway made up of large, texture-less, purple and pink polygons. There’s a constant feed of white noise. Somewhere, a baby giggles. WASD moves you forward and the space bar lets you jump.

The beginning part is just moving down this short hallway, jumping small gaps while pondering where exactly you are as well as why it all looks so boring. Found the stage’s exit, which took us to a new room of floating platforms. Time to jump around; I instantly miss the first big leap and fall into the abyss. There’s more jumping, and then the soul-switching mechanic comes into play–and it ruins everything for me. By clicking the left or right mouse buttons, you sort of split the world into two perspectives of the same image, one layered hazily on top of the other; not really sure how to use this trick to complete the level, and then I started getting a headache, bringing our time with Soliloquy to an end.

Not bad. Very unique idea that just didn’t work for me and my bad eyes. I played for about 10 minutes or so. Give it a try, I say. There’s also a post-competition version that tweaks things like mouse sensitivity. Onwards to the number nine spot!