Achievements of the Week – The Fighting Magpie Trooper Edition 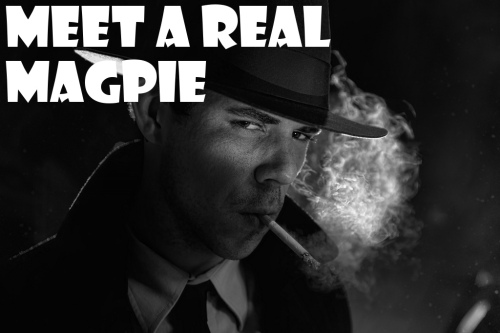 This was a pretty good week for Achievements, with me earning some in L.A. Noire after keeping away from that game for a few months and then also completing Deus Ex: Human Revolution. I’m sure you’ve heard about that game. If not, why not read one of my bajillion blog posts over how frustrating and disappointing my experience in future Detroit was…go ahead, I’ll wait.

Anyways, here are the Achievements that I liked the most from this week of gaming…

This one popped immediately after unlocking another Achievement, which is secret so I won’t spoil that for y’all. It did, however, put an extra clue into my notebook, pushing me just over the magpie edge I guess. I was kind of hoping that there was a crucial carrot or two that Cole had missed during an investigation. Oh well.

A Good-Looking Corpse (20G): Find and inspect all of the narcotics in Julia Randall’s apartment.

Last night, I decided that I really like L.A. Noire‘s gameplay enough to spend money to have more of it and checked out how much the DLC cases were. Each was around 320 Space Bucks, so I downloaded two of them–The Naked City and Nicholson Electroplating. I’ve only started playing the former, earning this one Achievement by thoroughly searching the crime scene, but it feels great to be back, with new cases, new clues, and new questions to ask.

THANK THE MIGHTY AUGMENTS IN THE SKY! THE GAME IS DONE, AND SO AM I FOR A BIT UNTIL I AM READY TO COME BACK AND PUT ZERO PRAXIS POINTS INTO STEALTH BECAUSE IT DOESN’T MATTER. NOTHING MATTERS, ALL IS INCONSEQUENTIAL.

The D Project (15G): You watched the entire credit list and saw the surprise at the end.

The credits are nothing special. They are about 15 minutes long, a never-ending list of names, and then there’s some goofy photos of those that worked on the game that are probably only amusing to those that know those people. Yay, fifteen minutes on inside-jokey photos. How wonderful. After all that, there’s a small cutscene which ties nicely into the Deus Ex franchise. Just call me…done with this game.

This weekend, I’m actually looking to play more of my PlayStation 2 than the Xbox 360 (come to me, Suikoden III, my sweet darling) and give Layton some more headspace, but I will probably devote a few hours to those downloaded cases in L.A. Noire. Have you got any Achievement goals currently? Please do share. And also, please come over to my house and finish Deus Ex: Human Revolution for a second time on the hardest difficulty without setting off any alarms and without killing anyone (except bosses). Kthnxbai.