GAMES I REGRET PARTING WITH: Wild 9 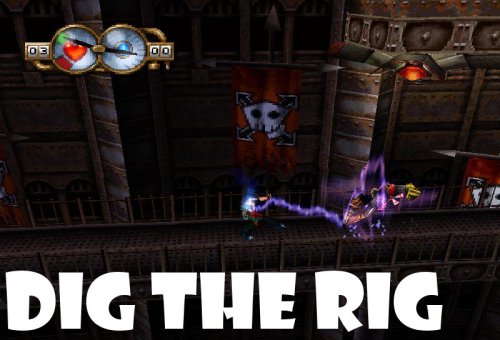 Wex Major is out for revenge. Makes sense. His team of ragtag teenage freedom-fighters, known as the Wild 9, was attacked by Lord Karn’s Elite Shock-troopers. Some heavy damage was done, and six members of the crew were captured to be experimented on. Now it’s up to Wex (and his cohorts B’Angus and Pilfer) to save them, as well as kill as many of Lord Karn’s goons as cruelly as possible. Thank goodness he has the RIG, a high-tech weapon that shoots out an energy beam, which Wex can use in multiple ways: grabbing enemies and throwing them into deathtraps, picking up objects, using it as a grapple-swing-thing, and so on.

Wild 9 was an impulse buy. That much I remember. I was looking for something to play, and here was something to play. And from the makers of Earthworm Jim, too. Platformers don’t get kookier than that one. I assumed that their latest offering would be much of the same. I don’t recall getting very far in Wild 9 though. I think the torture aspect lost me, much like it put me off in Bulletstorm. When the RIG hits enemies, they moan and scream loudly, clearly in pain. Not my thing. I don’t want “bonus points” for dangling an enemy over spikes before finally dropping him to his death. I want to save Wex’s friends, and that means killing efficiently, progressing left to right, our destination always ahead. I might’ve stopped playing after the first boss chase sequence.

But Wild 9 has personality, and that’s the main reason it has remained lodged in my brain all these years. Loading screens contained some original artwork of the Wild 9 crew in amusing moments, and the art style and animation is clearly taken from the very same pages of Earthworm Jim. That’s not a bad thing, as they nailed something there and knew it. There’s some decent animation work too, in that Wex reacts to what you’re doing. Use the RIG to grab a crate, but accidentally drop it on your foot? Yup, he’ll hop about in pain. Really evokes that sensation of the Sega Genesis and SNES days where game characters were that–characters. However, his walking animation is trollish and clunky, but don’t tell him I said that.

Like Klonoa and Viewtiful Joe, Wild 9 helped usher us into a new form of platforming, that which is known as 2.5D. Yup. 3D graphics (as in polygonal), but still a side-scrolling action title. The camera angles could get a little jarring at times yet it was still a neat effect, especially when some levels have Wex is way up high with a gorgeous backdrop that seems miles away in the distance. Games like Shadow Complex will use this look to great success many years later.

The above text might seem contradictory–I love the style and personality of the game, but actually did not enjoy playing it. So, why would I regret trading in Wild 9? for some measly space credits that I don’t even remember spending? Well, I’d like to try again. As a youth, I did not have the attention span or devotion that I do now, and if a game didn’t interest me, it was off the list and over to the next. I feel like I gave Wild 9 a small amount of time and moved on to something else, eventually forgetting about it until the day came where I needed to trade in some games, and there it went. I’d just like to give it one more shot, to see if it will always be more unique than fun.