Our latest and greatest videogame purchases 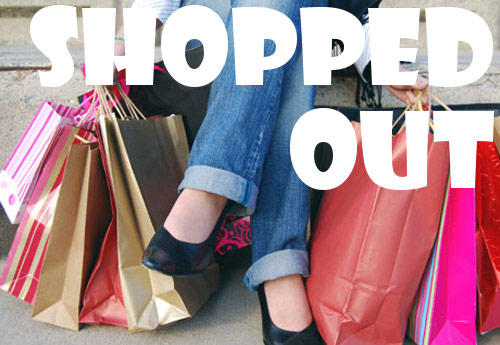 Tara and I went shopping over the weekend. I bought jeans and two flannel-infused shirts that go well with–wait, what? You don’t care about the good deals I got on clothes from Kohl’s? Hmph. I see how it is. Bunch of anti-fashionistas. I guess you’d prefer me to talk about all the many videogames purchased this weekend. I guess your wish is about to get…granted!

Warning: this list of games bought is going to blow your mind. Can’t say from what. Surely not the total awesomesauce. Maybe more from the randomness, the WTFs. Steel yourself! 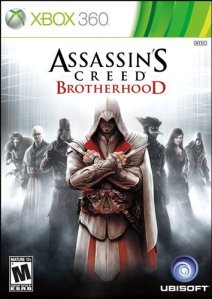 It was selling for a cool $39.99, and the Internet will not shut up about how good it is. Haven’t touched the multiplayer except for the tutorial level. Oh, I tried. Waited for 15 minutes to have it log me into a new session…and then summarily kick me out. Boo-hoo. Single-player is a much improved performance over the original Assassin’s Creed. Never got to play Assassin’s Creed II. Anyways, if anyone wants to help me give online multiplayer a try, my Xbox Live Gamertag is PaulyAulyWog. Please?

It was dirt cheap. I’ve played maybe an hour of it and also tried Firefight by myself. I’m a smidge above a vacuum. Meh. 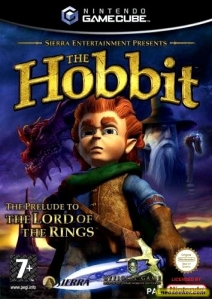 Oh man. Where do I begin? Actually, let’s just keep this short. Now that we have our Nintendo Wii set up in the Leaky Cauldron, I’d like to catch up on some GameCube games I never got to play. Such as Pikman and Windwaker and Luigi’s Mansion. All in good time though. And I believe I’ve also previously mentioned my obsession with all things Lord of the Rings. Now, here’s the real tough question; did this version of The Hobbit cost me $1.99, $2.99, $3.99, or $4.99?

It cost less than The Hobbit, and its cover made me laugh.

This is now our third version of this game owned. Tara’s more interested in it than the Wii version because the controls are simpler. Plus, I heard that you can actually play old Nintendo games within this game–wicked! She liked the sound of that, too. It’ll be curious to experience this version last, seeing as I started out on Animal Crossing: Wild World and then moved on to Animal Crossing: City Folk. Granted, they are, more or less, the same game, but the minute differences are actually where it counts the most.

And those were our big purchases. The funny/annoying thing is that I assumed one could use the Wiimote to play GameCube games on the Nintendo Wii. Y’know, turn it sideways like a traditional controller. Nope. Because the GameCube controller was freakish and had so many random buttons. So we haven’t got to try any of our GameCube buys just yet. We also need an old memory card. The only good thing the Wii does is…uh, let you put the CD into its slot. Geez, it might have been easier just to buy an old GameCube system, but truthfully, we’ve run out of outlets and the back of our entertainment stand looks like the Great Cthulhu, but with wires instead of tentacles. Truly nightmarish.

Pretty sure Assassin’s Creed: Brotherhood, Fallout: New Vegas, and some other games will be able to keep my attention busy until February, and then it’ll be time to travel through alternate dimensions in Radiant Historia.

For some reason, I expected the Achievements to be much harder for Dead Rising 2: Case Zero. Especially the one for killing 1,000 zombies, but I quickly realized that it only sounded more difficult than it truly was. I just spent a good 15 minutes running them over and over and over again with the pushcart thingy when I had to carry back the first bike part. Yup, even a zombie game has its percent of grinding to do…

The toughest of the bunch focused on fetch quests:

Still Creek Survivor (20G): Saved all the survivors in Still Creek. So much work in such a short stay!

This one required dedication and attention. Given the strict time limit in Dead Rising 2: Case Zero, you basically have to forgo finding all the bike parts in favor of saving everyone else stranded in Still Creek. That’s fine. I never really liked Chuck’s daughter, and seeing her taken away by the military for a second time bothered me not a bit. Now, actually saving the survivors is not a walk in the park. In fact, it’s more like a walk in a zombie-infested park. And they’re all drunk off moonshine. Okay, okay–maybe only one is actually drunk, but the rest sure do act like a bunch of inebriated clowns. Basically, you go find where these survivors are and then get them to follow you back. Sounds simple. It’s not. They like to run directly into groups of zombies instead of following the path you’ve cleared for them with your spiked bat and electric rake. The worst survivor is a sick woman you have to carry all the way back to your hideout; I flashbacked hard to Musashi: Samurai Legend and felt everything inside of me twist upside-down from repressed torture and anguish.

Seven Achievements are guaranteed to unlock during your first playthrough. The rest require another playthrough or two, but don’t take long at all to get. Small Town, Deep Pockets was the last to unlock for me after buying way too many stuffed moose heads from Dick’s pawnshop. A surprisingly easy 200 Gamerscore overall.