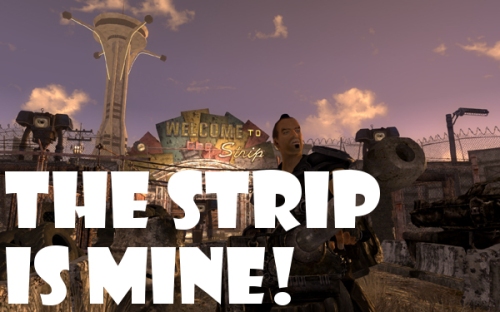 Well…it’s done. The final battle for the Hoover Dam is over, and the Courier, my Courier, made his choices, and then just before the credits rolled a series of end-game screens showed how great or not-so-greatly the Mojave Wasteland was affected by my presence. That idea worked, but its execution fell short; I was really hoping for something bigger, something better in the end. I guess the same could be said of Fallout: New Vegas, which might go down in history as one of the most frustrating games ever.

Set many years after the events in Fallout 3, Fallout: New Vegas opens with a bang. Or a pew. Or however you like your gunshots to sound like. You play as the Courier, a man or woman that ends up getting shot in the head by a mysterious man in a tacky suit because he wanted something you were carrying very badly. Lucky for you, a robot drags you out of your new grave and brings you to the local doctor in Goodsprings where the game truly begins. And that’s the carrot on the stick–revenge. On your journey to find out who shot you and why, you’ll eventually stumble upon a number of factions all striving for control of the Hoover Dam, which is the mega power source keeping New Vegas functioning. That’s all well and good, but the heart of Fallout: New Vegas pumps from its love of sidequests and companions and a thousand other things to do than actually play through the main storyline. I mean, at least in Fallout 3, chasing after someone meant something unequivocably personal–it was  your father!

I actually found myself rather indifferent to tracking down my killer. Sure, he shot me, he stole from me, he left me dirt-deep, but I knew very little of the situation to begin with to even care. Granted, if I had continued after Tacky Suit Man from the get-go then a lot more would’ve been clearer, but for me, waking up alive in Goodsprings was more than enough. I ventured out into the unknown, explored, leveled up, collected stuff, made some friends, made some enemies, and was somewhere around level 17 or so before heading towards the bright lights of the City of Sin.

I never used a companion in Fallout 3, but they’ve been greatly improved for Fallout: New Vegas. A control wheel helps keep them active, healed, and armed. Plus, each companion has a strong personality, as well as their own quest. My two favorites, when they worked, were Boone and ED-E. There’s also a slew of new weapons, outfits, and food items to search for, making it harder to carry everything around. Wish there were more “home” options though as traveling back and forth to the Lucky 38 was a hassle. Perks are only gained every two levels now, which adds actually a lot to the game, forcing you to really think about what ones you pick.

Where there’s Vegas, there’s gambling. Players can enjoy some blackjack, slots, and roulette, as well as Caravan. However, I found I didn’t need a lot of help making caps in the Mojave Wasteland so I never got into this aspect. Or the Survival skill. Or even test the waters with Hardcore mode. Too much to do! That’s the desert motto.

Alas, as we all know, Fallout: New Vegas is not a good game in terms of being a videogame. It is bloated with bugs, glitches, freezes, and wonky design choices. It uses the same engine as Fallout 3, and it shows. Dialogue action screens are still locked in limbo, companions get lost and stuck with the greatest of ease, and for some reason, when wielding a rifle, my character likes to randomly lift his arms. For the final battle, I found myself frantically saving as the game would freeze when going into V.A.T.S. four times out of ten, probably because there was a lot going on what with Centurions getting shot up and ED-E fritzing out. Grrr…

Yet…I loved the time I spent in Fallout: New Vegas. And I can’t wait to do it again, this time as an evil redhead with a deep love of animals and melee weapons. Please suggest names for her in the meantime. 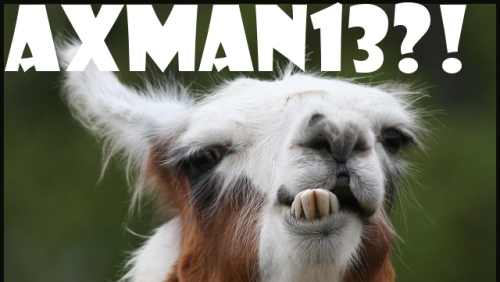 Okay. So, there’s this Flash-based RPG called Super PSTW Action RPG (which I’ve never played and most likely never will), and someone under the username of AXMAN13 did not have a good time being super in an action RPG. Snartleblast, right? Naturally, this reviewer left his thoughts behind for all to read, but Newgrounds users RicePirate and D-Mac-Double decided that these snippets of poetry and fine 18th century literature were better suited as a typography video. In short, a Flash video of a review of a Flash game. It’s pretty superb with some amazing voice work and sound effects, and I’d love to see all negative reviews, whether justified or not, whether written by 13-year-olds or actual gaming journalists, brought to life like so.